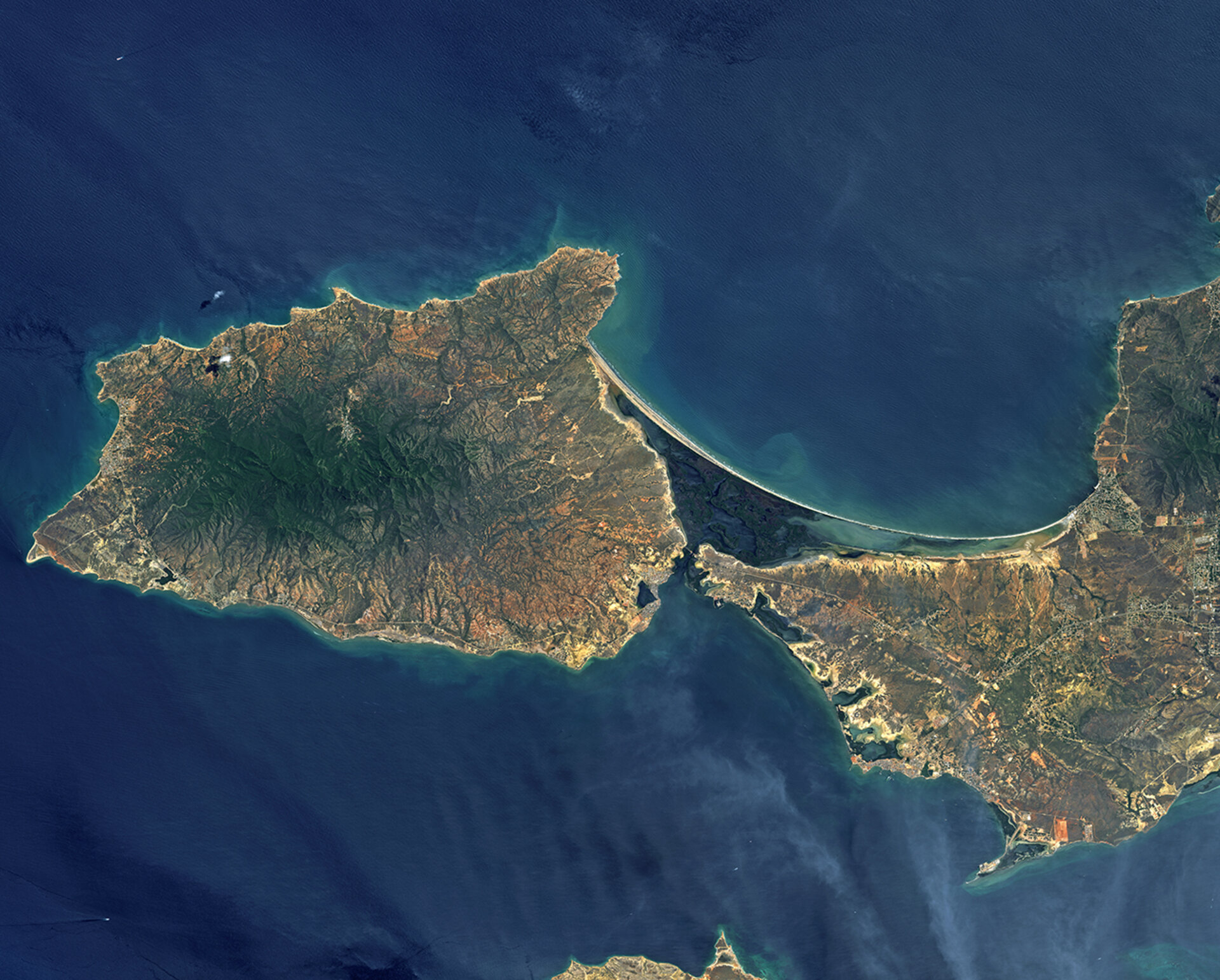 Situated in the southern Caribbean Sea about 20 km off of mainland Venezuela’s coast, the island comprises two peninsulas linked by a long, narrow strip of land – called an isthmus.

The eastern part of the island is home to most of the island’s residents, while the Macanao peninsula to the west is dominated by a central mountain range.

Between the peninsulas and cut off from the open sea by the isthmus lies the La Restinga lagoon, a national park that appears as a dark green and blue area in this image.

Recognised as a wetland of international importance by the Ramsar Convention, the area features picturesque mangroves and is an important feeding ground for birds such as herons and flamingos. The shallow waters are home to red snappers, sardines and swordfish – among other types of fish – and oysters grow on the mangrove roots.

Japan's ALOS satellite captured this image on 26 June 2010 with its AVNIR-2 Advanced Visible and Near Infrared Radiometer.