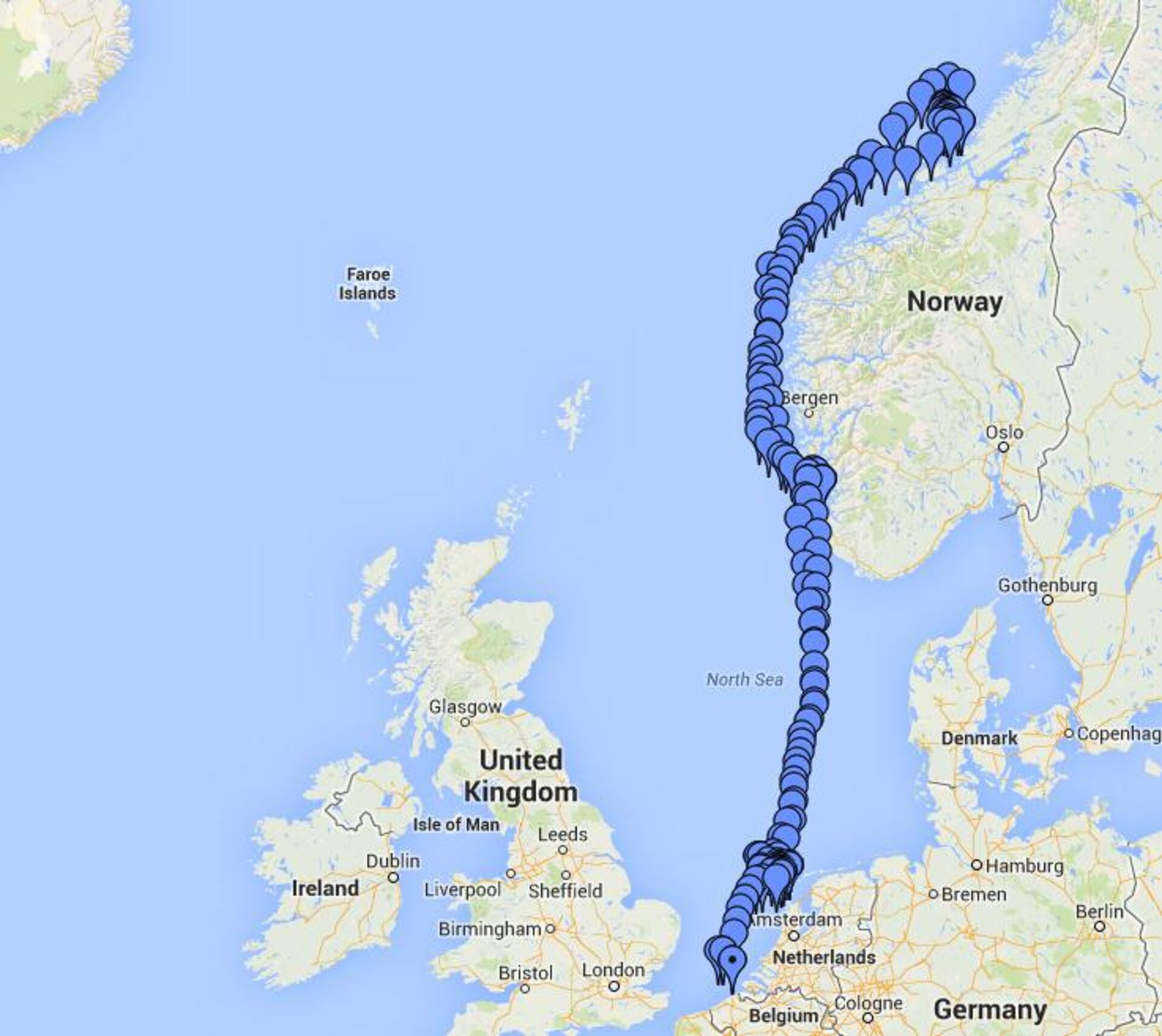 The recorded course of Belgian frigate Leopold I-F930  during the first high-latitude trials of Europe's Galileo satellite navigation system. The frigate sailed first from the Dutch marine base of Den Helder on 4 December 2013 to Stavanger in Norway. From there it progressed north in very rough seas with 10-m high waves, coming close to the Arctic circle on 17 December – a first for Galileo PRS observations – before heading homeward.