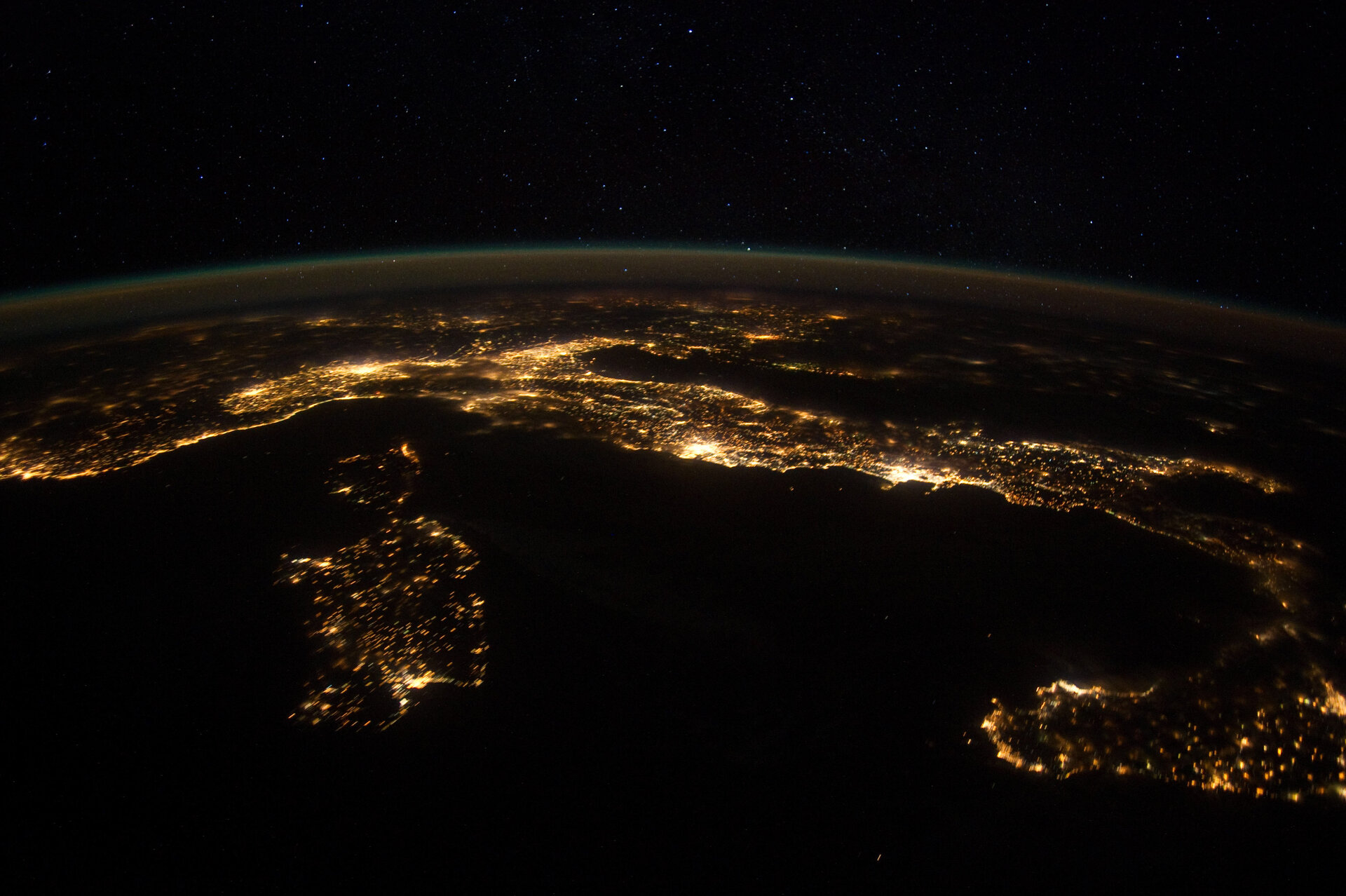 Astronauts on the International Space Station fly over our planet at around 300 km altitude. From that distance it is not always easy to distinguish countries and cities – political borders cannot be seen from space. This image however clearly shows Italy’s distinctive outline as it contrasts with the blackness of the Mediterranean Sea at night.

The lights to the north of Italy that houses much industry stop more or less at the border with France, Switzerland and Austria. The cities of Turin and Milan show up brightly, as do Rome and Naples further to the south.

The island of Sicily can be seen at the bottom-right of this image with Italy’s other large island, Sardinia, to the left. Above, and almost touching Sardinia, is the island of Corsica that is not part of Italy.

The line of lights following the northern contours of the Mediterranean Sea is the French coastline known as the ‘Côte d’Azur’ or French Riviera.

The thin green line following Earth’s curve is our atmosphere that keeps us warm, protects us from the Sun and cosmic rays as well as the vacuum of space. These images from space show how populated and industrialised Europe is and the enormous impact humans have on our planet.