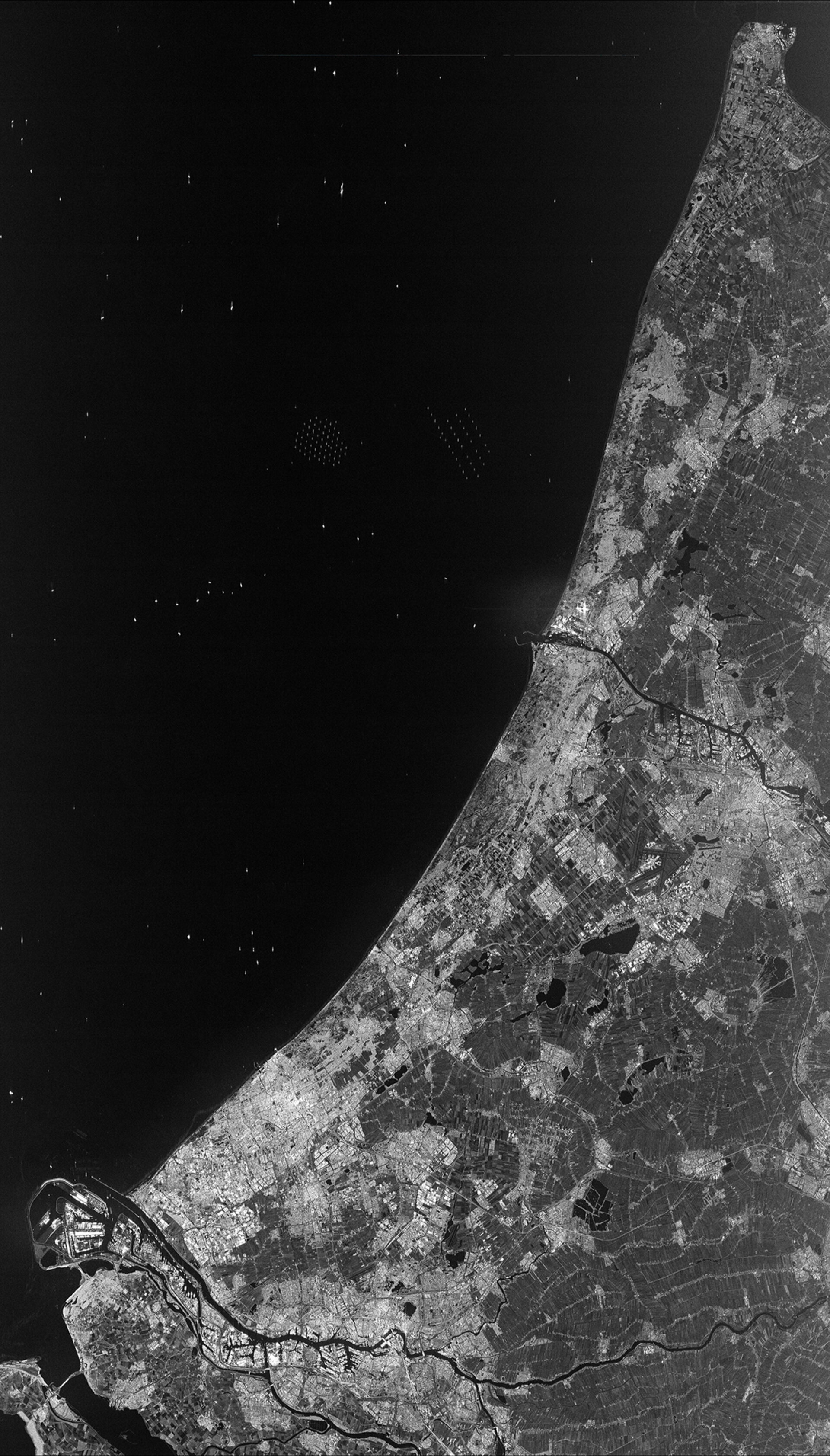 Radar image of the Netherlands

This image over the west coast of the Netherlands is one of the early radar scans by the Sentinel-1A satellite, which was launched on 3 April.

The satellite’s advanced radar can provide imagery under all weather conditions and regardless of whether it is day or night. It can scan Earth’s surface in a range of different modes, enabling it to monitor large areas in lower resolution or to zoom in on a smaller region for a sharper view.

One of the many application areas of the data will be the surveillance of the marine environment, including monitoring oil spills and detecting ships for maritime security, as well as measuring wave height.

In this image, we can clearly see radar reflections from the ships at sea, appearing like stars in a night sky. The two collections of ‘stars’ are reflections from large-scale offshore wind farms, used to generate electricity.

Other visible features include the city of Amsterdam on the centre-right side of the image, and the runways of the nearby Schiphol airport. In the lower part of the image we can see the city of Rotterdam, with Europe’s largest port extending to the left.

Sentinel-1’s radar will also be used for monitoring changes in agricultural land cover – important information for areas with intensive agriculture like the Netherlands.

This image, also featured on the Earth from Space video programme, was acquired on 15 April with the radar operating in ‘stripmap mode’, which provides coverage at a resolution of about 10 m.

Sentinel-1A is the first in a fleet of satellites being developed for Europe’s Copernicus environmental monitoring programme. The satellite is not yet in its operational orbit, but early images like this have given us a taste of what’s to come.