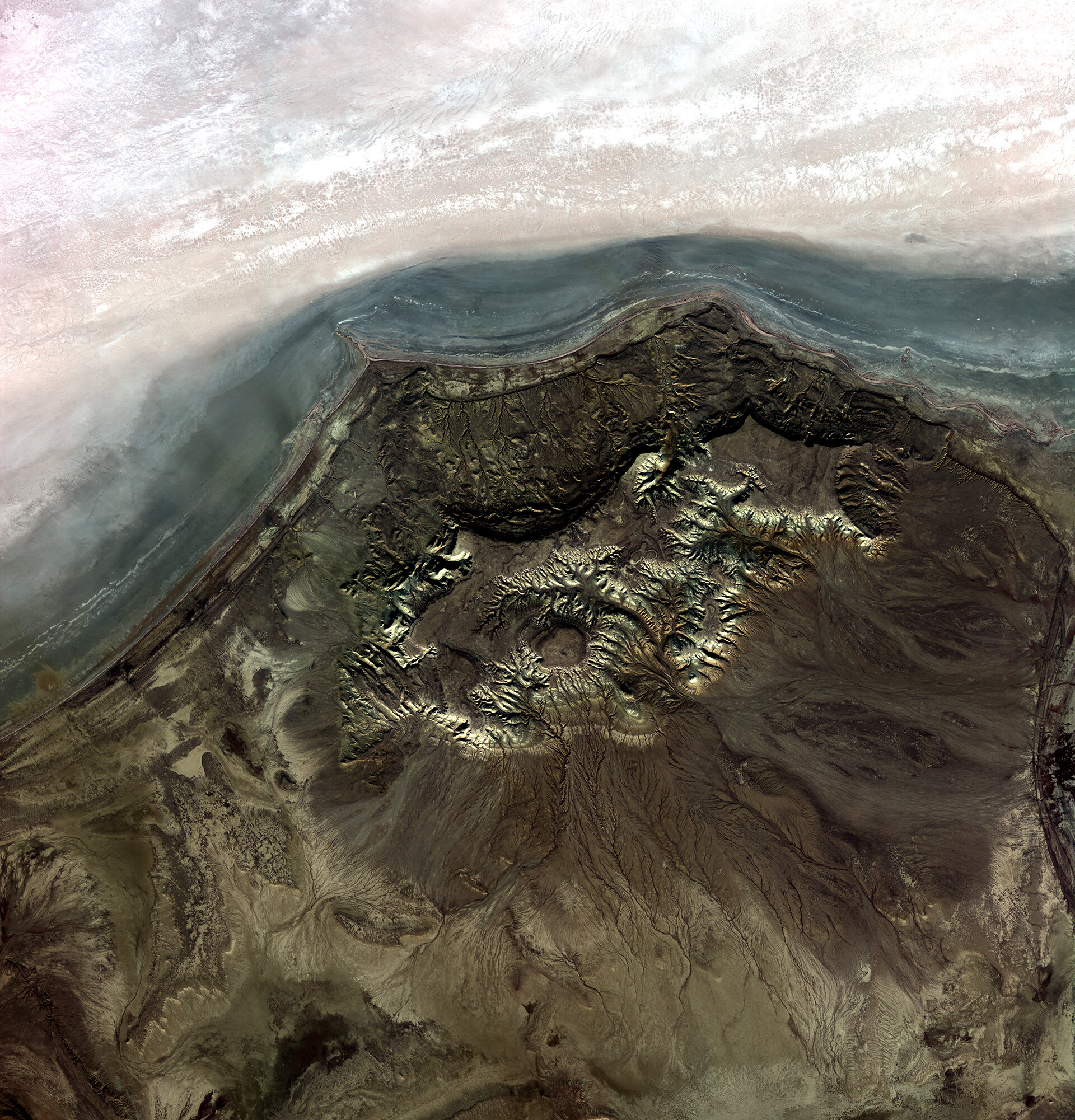 This satellite image was acquired over the edge of a salt marsh near the northeast Caspian Sea in southwestern Kazakhstan.

The Caspian Sea (not pictured) is the largest inland body of water by surface area. With an average depth of about 5 m, the northern part of the Caspian is very shallow, while the central and southern parts of the sea are much deeper. The salinity of the waters also change from north to south, being more saline in the northern, shallow waters and less in the south.

The salt marsh in the upper section of this image was once a gulf of the Caspian Sea, but fluctuating sea levels over the last decades cause it to be cut off occasionally from the main body of water and even dry up. In this image, it appears that the water has evaporated, leaving behind a white salt crust.

Rock formations dominate the central part of the image, while a plateau stretches south and east (not pictured).  The visible shapes in combination with the dark colour of the rocks may indicate that they are volcanic, with water erosion evident in the finger-like runoff patterns.

The grey rim between the land and salt pan comes from the sedimentary runoff from the land mixing with the saltwater. When the marsh is dry, a greyish colour is left behind.

The arid climate in this region makes it easy to acquire optical imagery from satellites, without the obstruction of visibility by clouds.

This image was acquired on 6 November 2012 by the Korea Aerospace Research Institute’s Kompsat-2 satellite and is featured on the Earth from Space video programme.