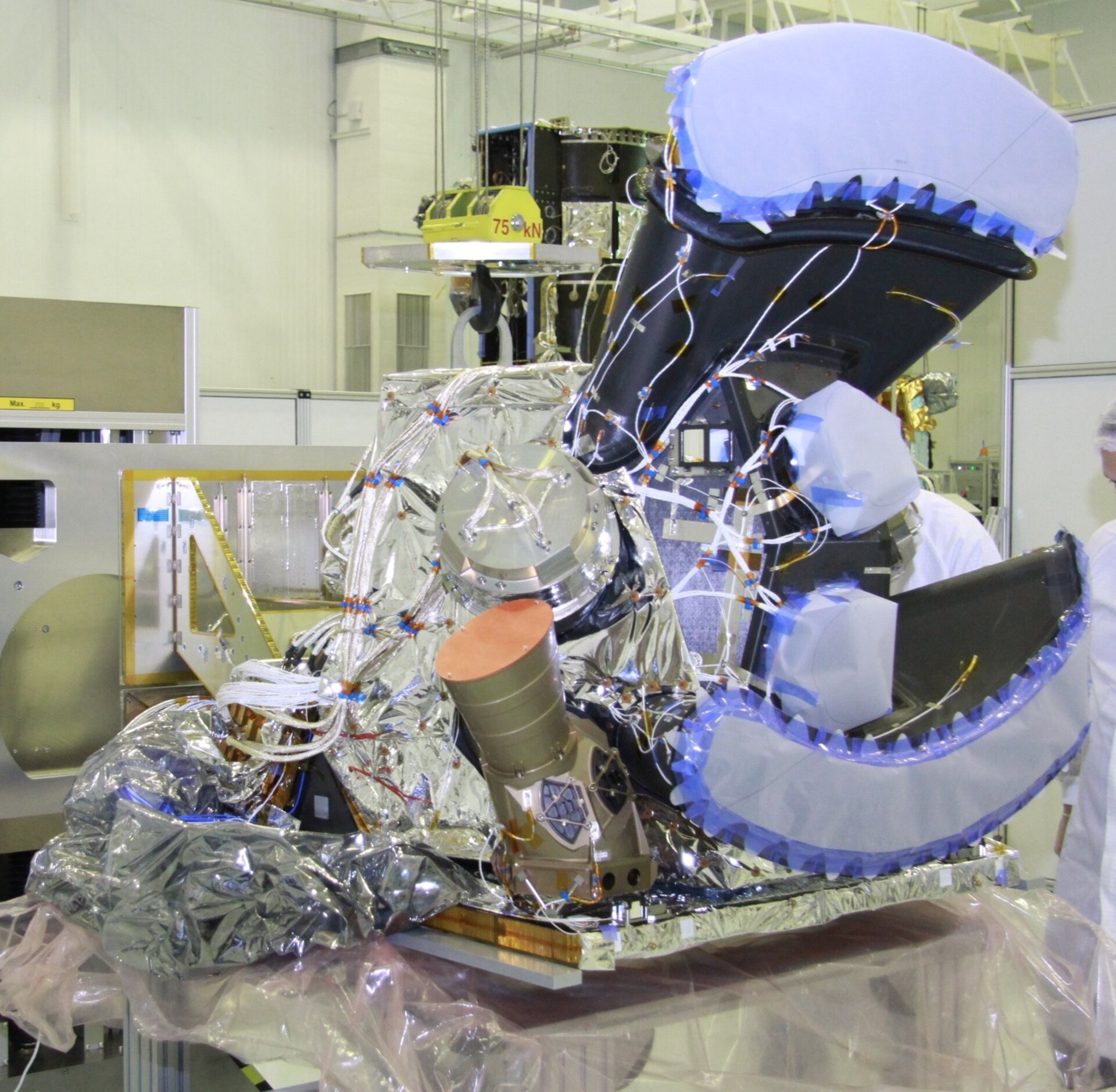 Unpacking the ‘protoflight model’ of Sentinel-3’s Sea and Land Surface Temperature Radiometer (SLSTR) at Thales Alenia Space’s facilities in Cannes, France. Although still sporting protective covers, the large banana-shaped baffles are clearly visible. The mounting surfaces for the two parabolic mirrors can also be seen between the baffles. The component with the orange cover is the visible channel calibration unit, and the large silver casing in the centre is the back of one of the two calibration blackbodies. As part of a time-saving strategy, this instrument will be integrated into Sentinel-3A for testing and to ensure the integrity of the satellite. It will then be removed and calibrated to fly later on the Sentinel-3B satellite.