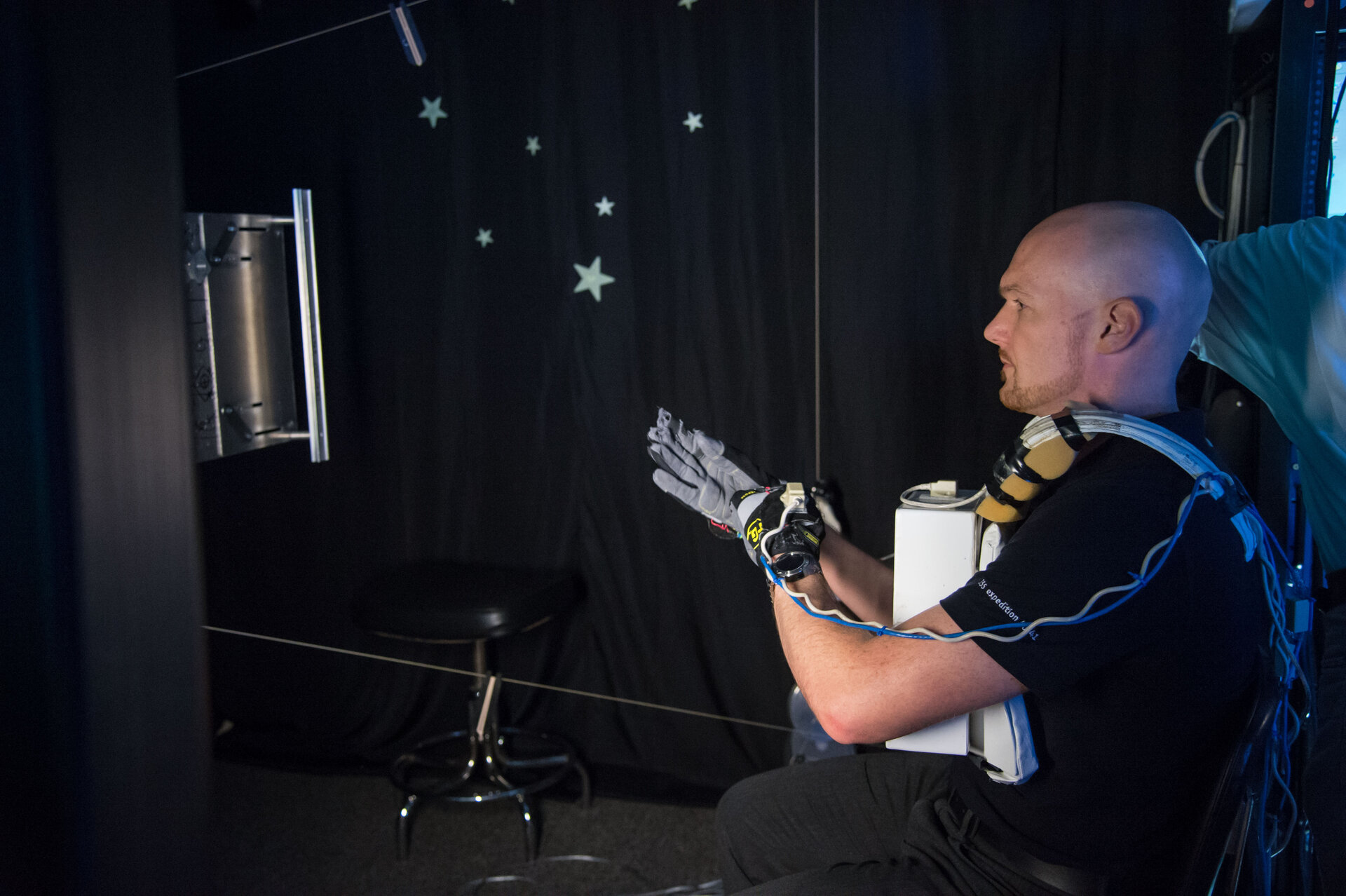 European Space Agency astronaut Alexander Gerst, Expedition 40/41 flight engineer, prepares to use virtual reality hardware in the Space Vehicle Mock-up Facility at NASA's Johnson Space Center, on 15 January 2014, to rehearse some of his duties on an upcoming mission to the International Space Station. This type of virtual reality training allows the astronauts to wear a helmet and special gloves while looking at computer displays simulating actual movements around the various locations on the station hardware with which they will be working.