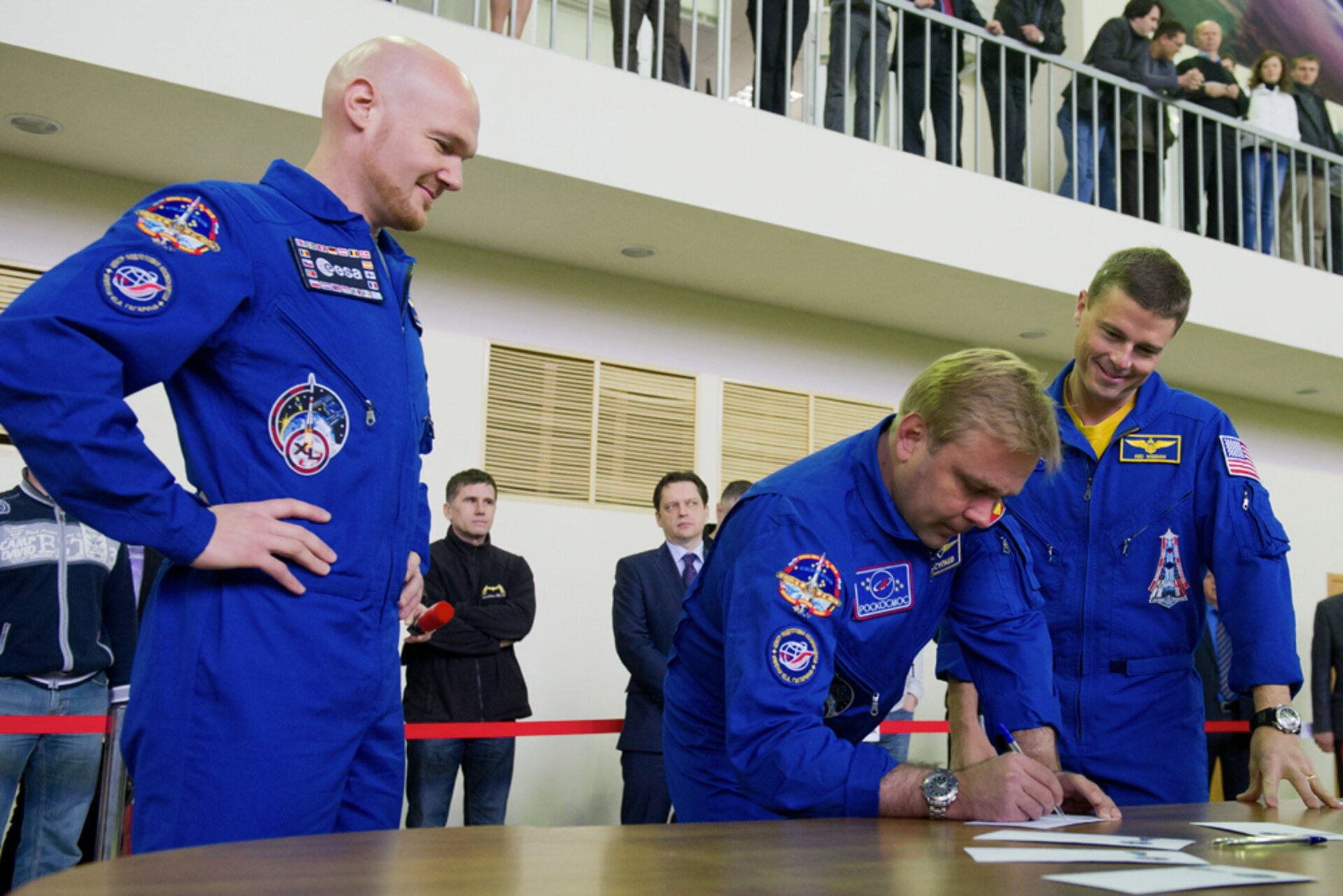 ESA astronaut Alexander Gerst (left) and NASA astronaut Reid Wiseman look on as their Expedition 40 commander Maxim Suarev signs exam forms. Today, the crew had their first day of tests on the Russian segment of the Space Station. If all goes well, they will be launched to the International Space Station 28 May.

Also passing their exams was the backup crew of ESA astronaut Samantha Cristoforetti, NASA astronaut Terry Virts and cosmonaut commander Anton Shkaplerov. They performed their first day of exams on the Soyuz spacecraft they will fly to the outpost. The backup crew will be launched in November as Expedition 42, once Expedition 40/41 are back on Earth.

Both exams last all day and see the astronauts dealing with a range of demanding scenarios, with the examiners surprising them with emergency situations.