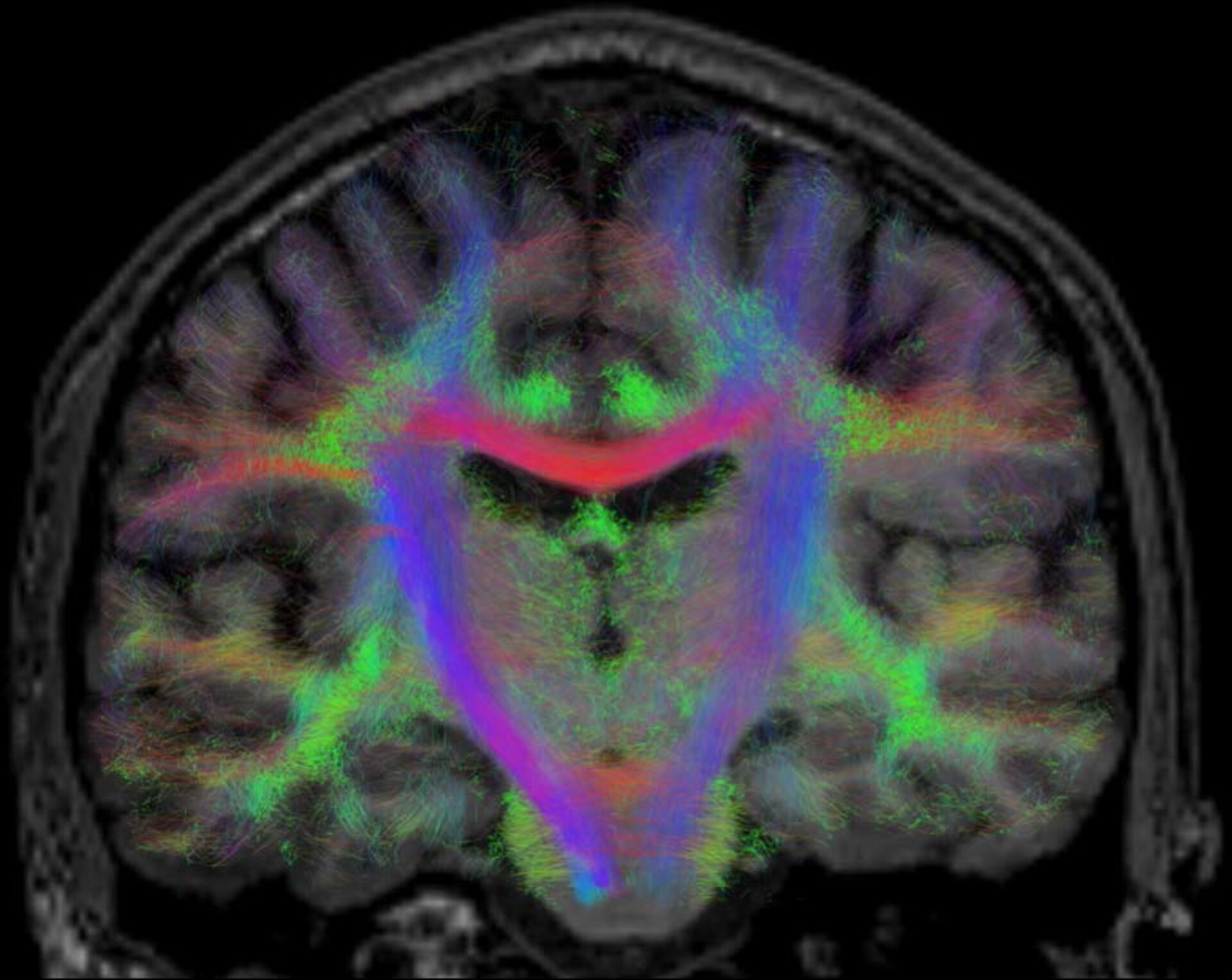 An MRI scan using of a volunteer's brain for the BRAIN-DTI experiment using tractography to show neural networks.

Researchers suspect that astronauts’ brains adapt to living in weightlessness by using previously untapped links between neurons. As the astronauts learn to float around in their spacecraft, left–right and up–down become second nature as these connections are activated.

To confirm this theory, up to 16 astronauts will be put through advanced MRI scanners before and after their spaceflight to study any changes in their brain structure. A control group on ground will undergo the same scans for further comparison.