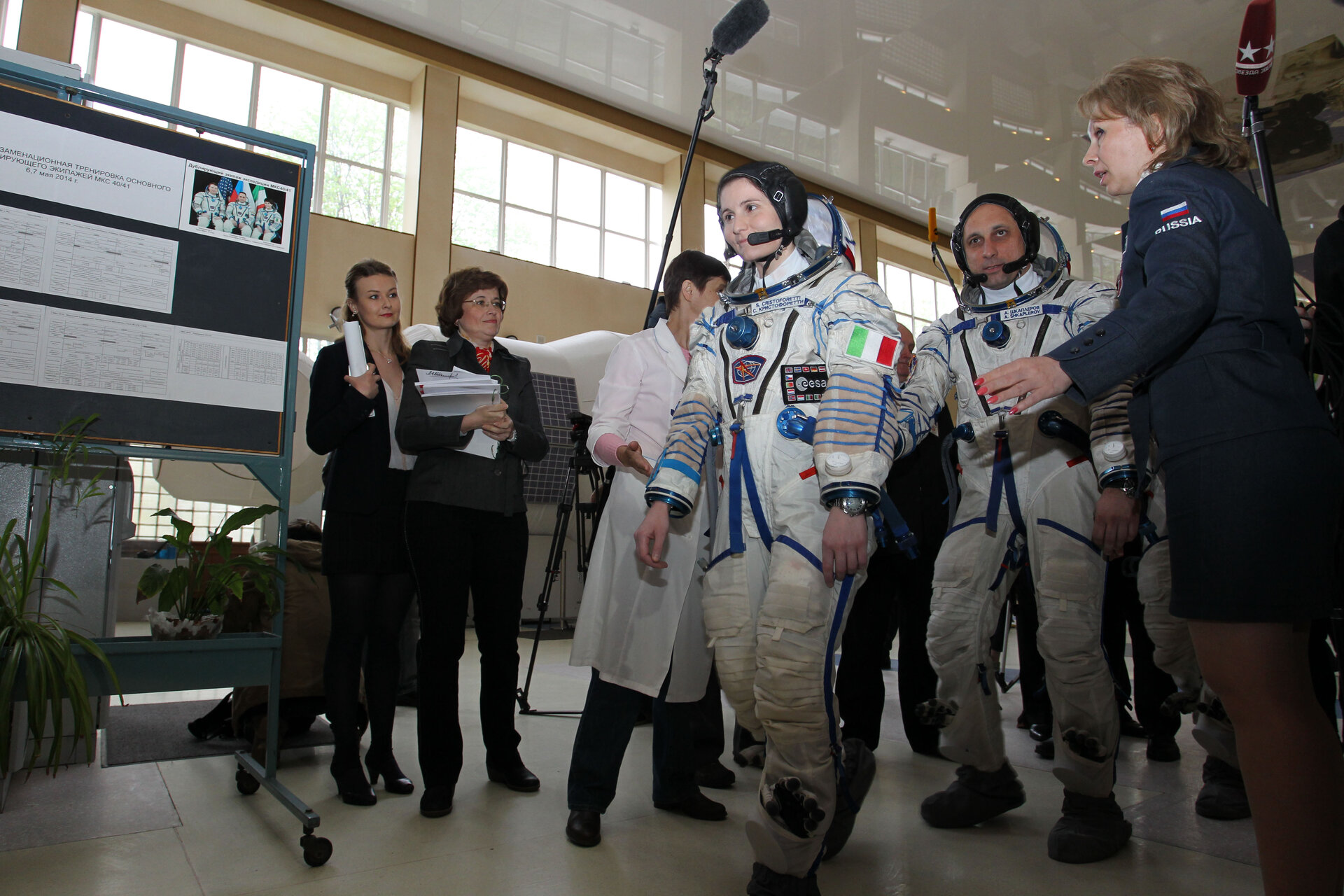 At the Gagarin Cosmonaut Training Center in Star City, Russia, on 6 May 2014, Expedition 40/41 backup crew member Samantha Cristoforetti of the European Space Agency (foreground) walks to a Soyuz simulator May 6 along with backup Soyuz Commander Anton Shkaplerov of the Russian Federal Space Agency (Roscosmos, second from the right) to begin two days of final qualification exams. Cristoforetti, Shkaplerov and Terry Virts of NASA are serving as backups to the prime crew members --- Reid Wiseman of NASA, Maxim Suraev of Roscosmos and Alexander Gerst of the European Space Agency, who are preparing for launch on May 29, Kazakh time, on the Soyuz TMA-13M spacecraft from the Baikonur Cosmodrome in Kazakhstan for a 5 ½ month mission on the International Space Station.