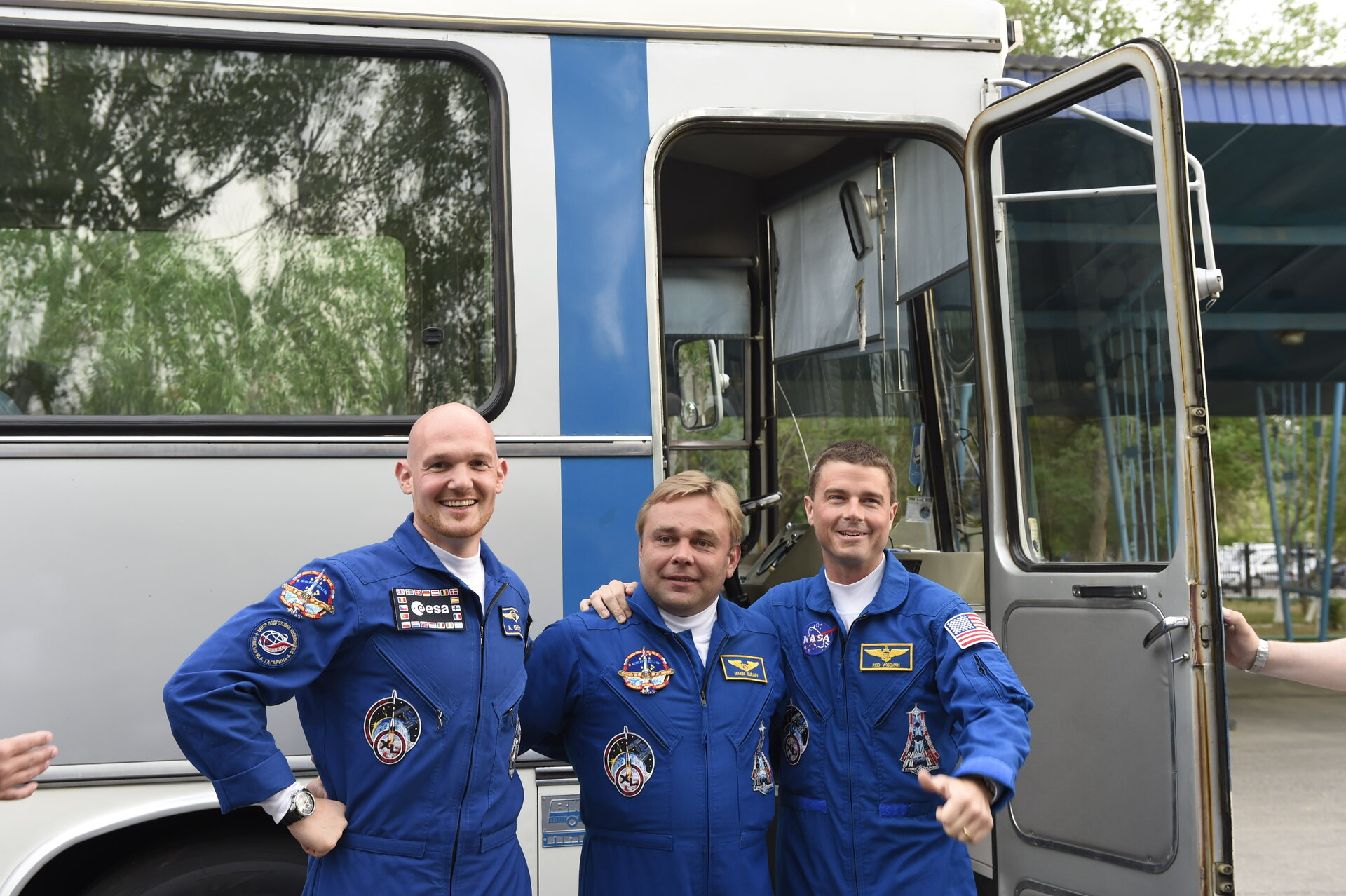 Gerst, Suraev and Wiseman, was taken from the hotel to building 254 where they will don their flights suits in preparation for their Soyuz launch to the International Space Station.