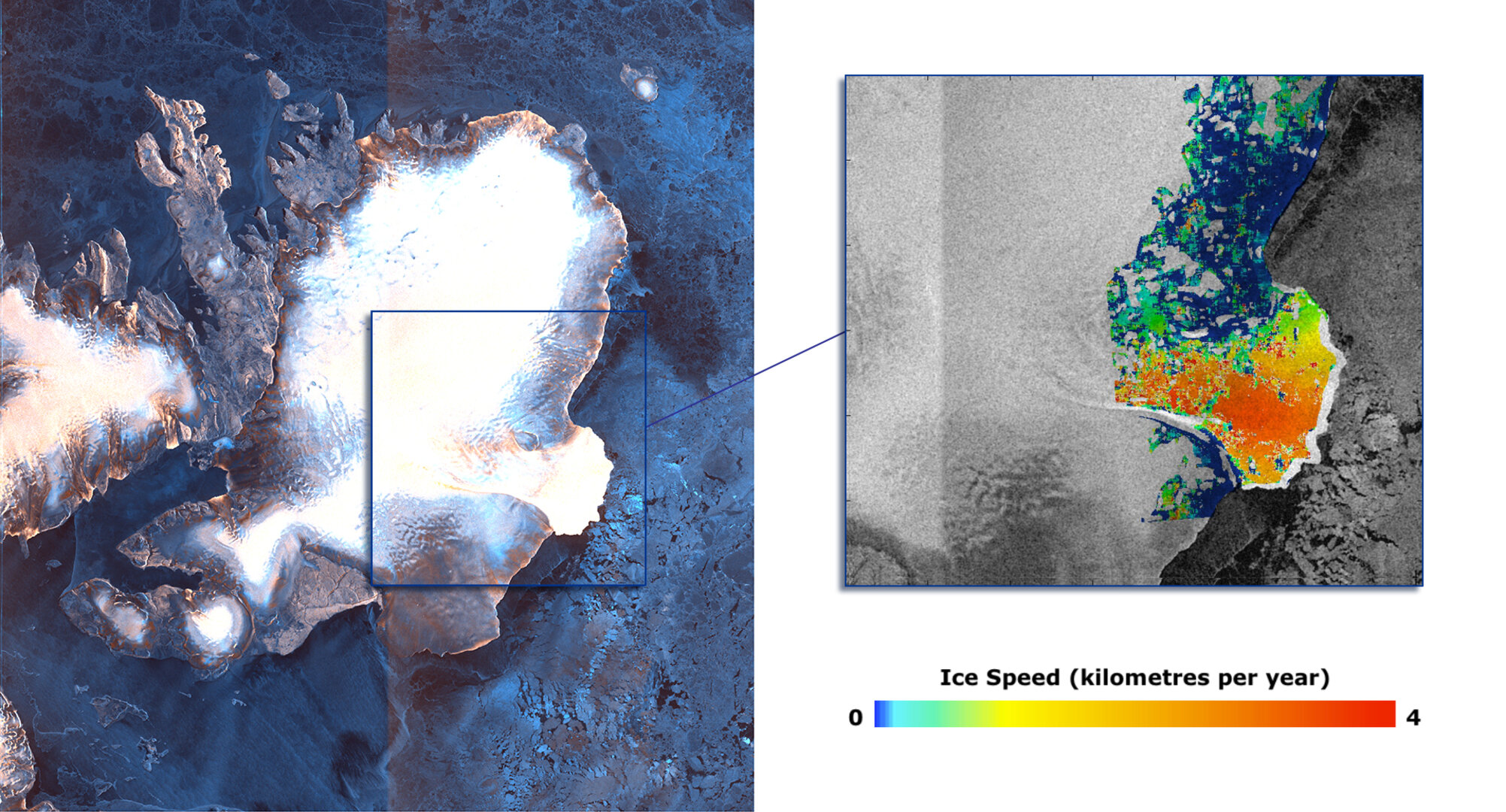 According to recent surveys, Austfonna – the largest ice cap in Svalbard – has fluctuated little over recent decades. However, a unique combination of measurements acquired by ESA’s Sentinel-1A (in April 2014) and DLR’s TerraSAR-X (in February 2014) missions has revealed an extraordinary acceleration in ice motion in the southeastern section, which is now flowing at least 10 times faster than previously measured. It remains to be seen whether the abrupt speed-up reflects natural variability in the ice cap motion, or whether it is a symptom of regional climate change. Given the astonishing success of these early mission data, we can be confident that Sentinel-1 will provide the tools to answer this intriguing question.