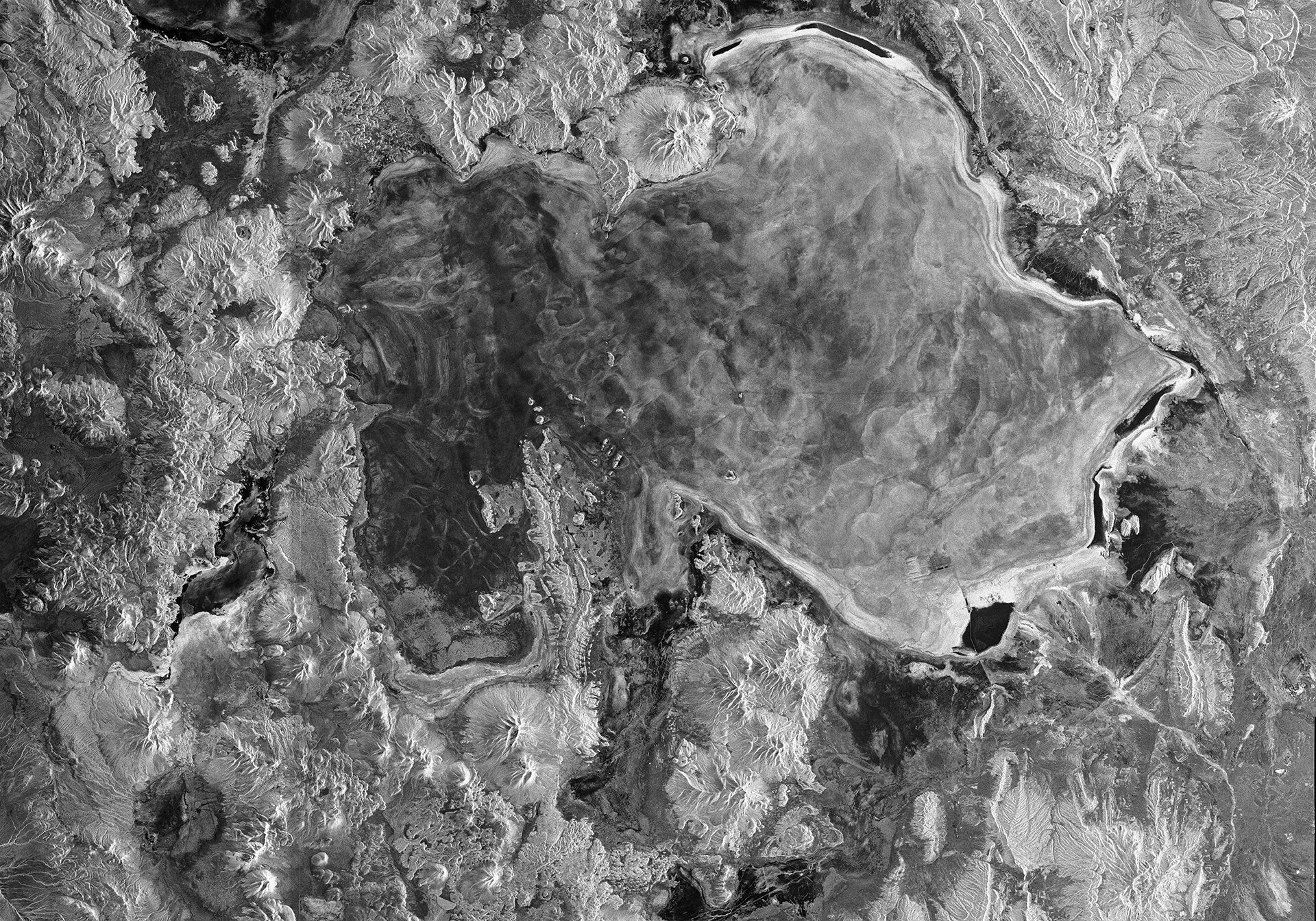 This radar image is one of the first from the Sentinel-1A satellite, acquired on 20 April – less than three weeks after its launch on 3 April.

The image shows the Salar de Uyuni in Bolivia, which is the largest salt flat in the world.

Occupying over 10 000 sq km, the vast Salar de Uyuni lies at the southern end of the Altiplano, a high plain of inland drainage in the central Andes. Some 40 000 years ago, this area was part of a giant prehistoric lake that dried out, leaving behind the salt flat.

While the salt flat appears an almost homogenous white in optical satellite imagery, here we see it in shades of grey, and it looks almost like a lake. This has to do with how the radar signal reacts to different surfaces: areas where the radar signal is absorbed appear darker, while areas where the signal is reflected back to the satellite appear lighter. This gives Earth observation experts an indication of how rough or smooth the surfaces area, differences in salt density or even the presence of water.

But on the whole, the Salar de Uyuni is very flat, with a surface elevation variation of less than 1 m. This makes the area ideal for calibrating satellite radar altimeters – a different kind of radar instrument that measures surface topography. The future Sentinel-3 mission will carry a radar altimeter.

The surrounding terrain is rough in comparison to the vast salt flat and is dominated by the volcanoes of the Andes mountains forming part of the Pacific Ring of Fire.

Sentinel-1A is the first in the two-satellite Sentinel-1 mission for Europe’s Copernicus programme. Its radar data will be used for a variety of applications, including the surveillance of the marine environment, monitoring land-surface for motion risks, mapping for forest, water and soil management, and mapping to support humanitarian aid and crisis situations.