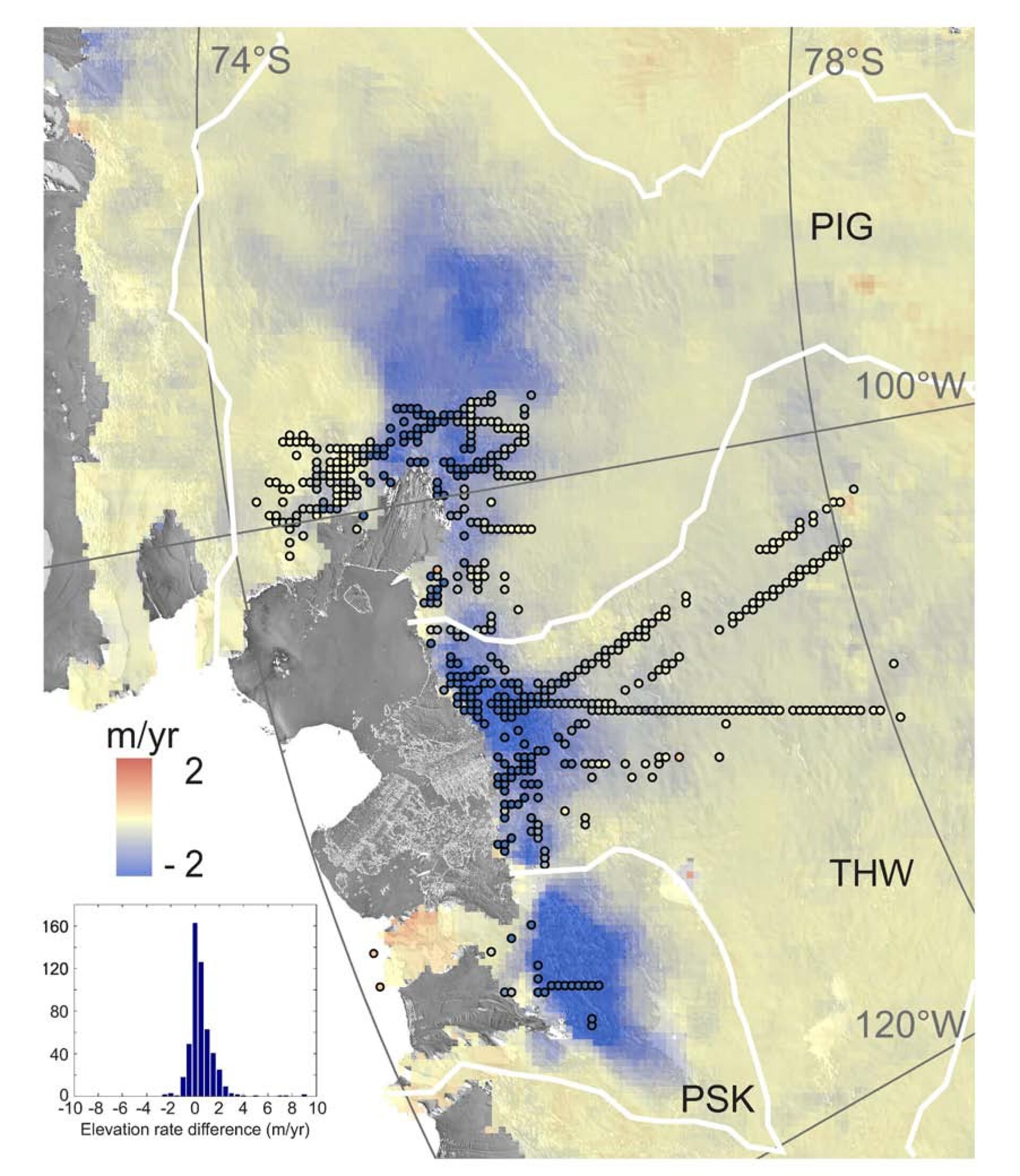 Between 2010 and 2013, West Antarctica, East Antarctica and the Antarctic Peninsula lost 134, 3 and 23 billion tonnes of ice each year, respectively. The average rate of ice thinning in West Antarctica has increased compared to previous measurements, and this area’s yearly loss is now one third more than measured over the five years before CryoSat’s launch. Read full article.