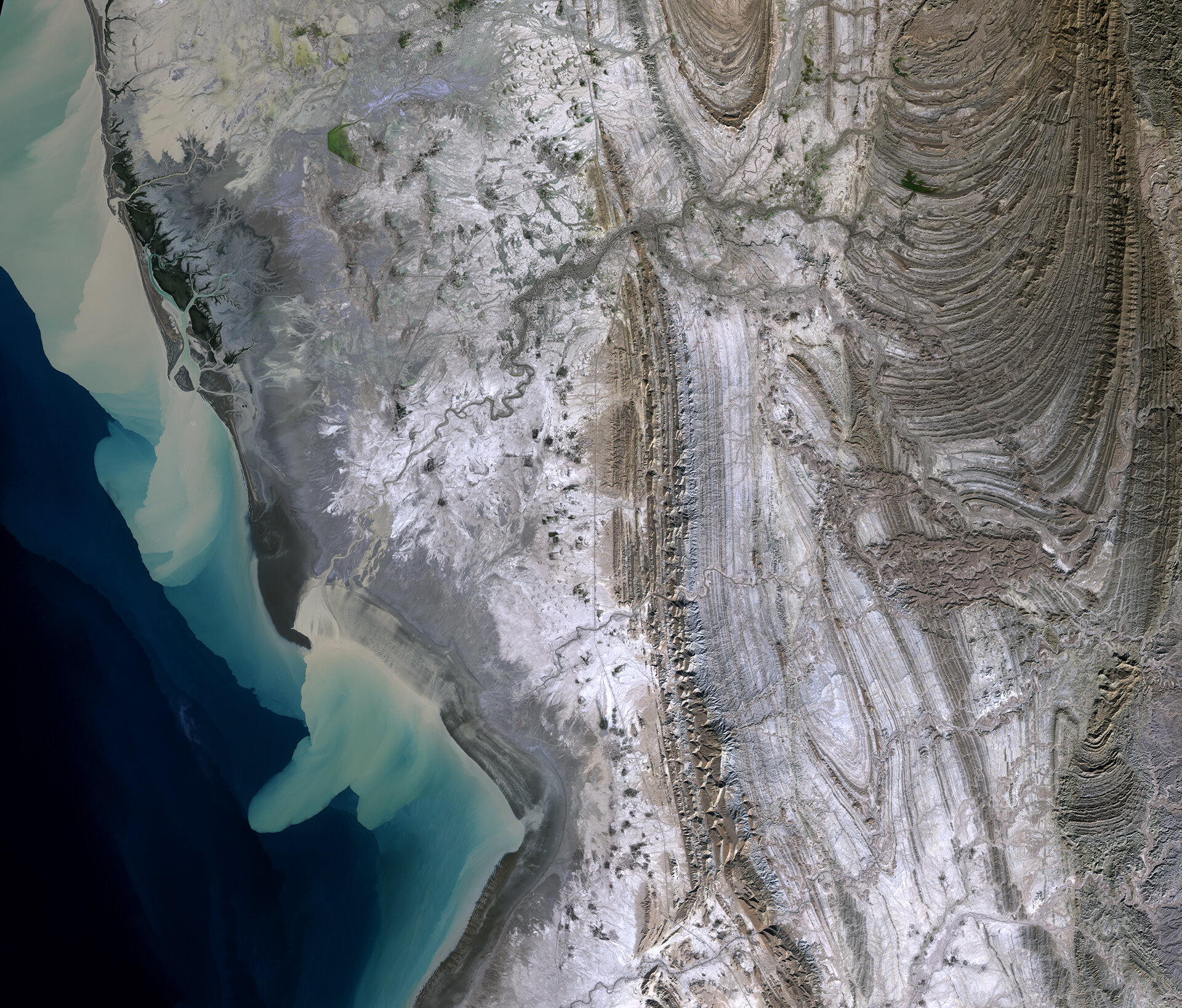 This image over a remote area in southern Iran was acquired by Japan’s ALOS satellite on 10 December 2009.

To the west we can see the waters of the Strait of Hormuz, which lies betweenthe Gulf of Oman to the south and Persian Gulf to the north. The brown areas along the coast are sediments carried from rivers that flow only after erratic rainfall in the interior, usually in the winter months.

On the whole, the area pictured is extremely arid, as evident by the lack of vegetation. But in the upper left and slightly inland, we can see a green area that appears to be standing water from a human-made dam on the river.

The dark zones along the coast are wetlands at the deltas of the Rud-e-Gaz and Rud-e-Hara rivers. This extensive complex of tidal mudflats, creeks, saltmarshes, mangroves, sandbanks and offshore islands is an important site for wintering waterbirds.

This is just one of the over 2000 sites worldwide considered to be wetlands of international importance by the Ramsar Convention, an intergovernmental treaty for the sustainable use of wetlands.

Dedicated ESA programmes assist the convention by providing satellite data to be used to monitor these important areas. With their repeating global coverage, satellites are ideal for imaging remote areas that require monitoring – like the wetland pictured here.

This picture is featured on the Earth from Space video programme.