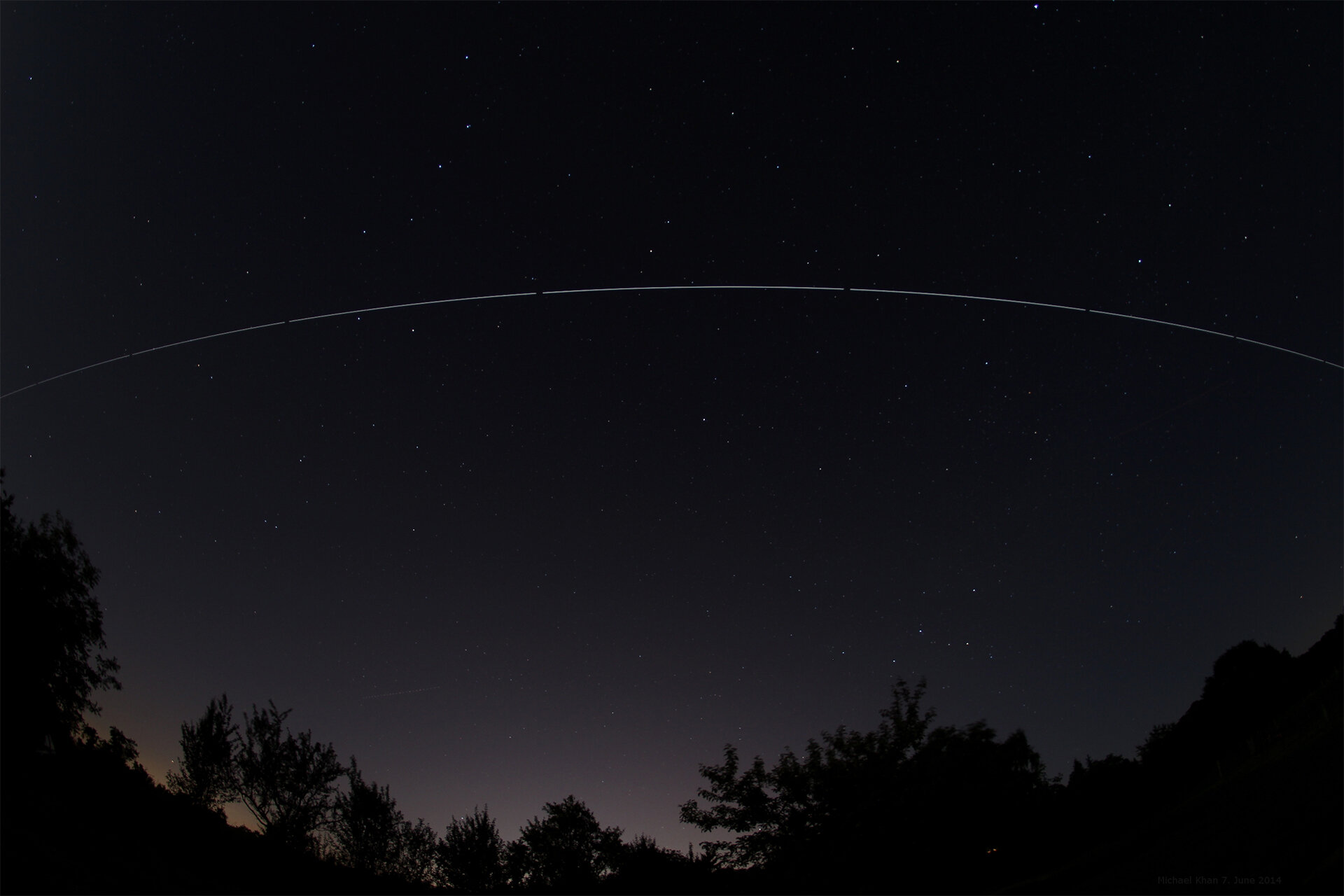 This image is a composite of nine photos taken 5–10 minutes after midnight on 6–7 June 2014 and shows the International Space Station with the Expedition 40 crew, including ESA astronaut Alexander Gerst, orbiting 410 km above Earth. The Station passed through the northern sky, with the Big Dipper and Cygnus (the Swan) seen in the starry background.

Alexander Gerst arrived on the orbital outpost on 28 May 2014 to begin his six-month Blue Dot mission, which will see him conducting 100 experiments in many areas, including biology, biomedicine and material sciences.

The images were taken from Darmstadt, Germany, home of ESA's Space Operations Centre, and from where 15 satellites are being controlled, with 20 new satellite missions in preparation.