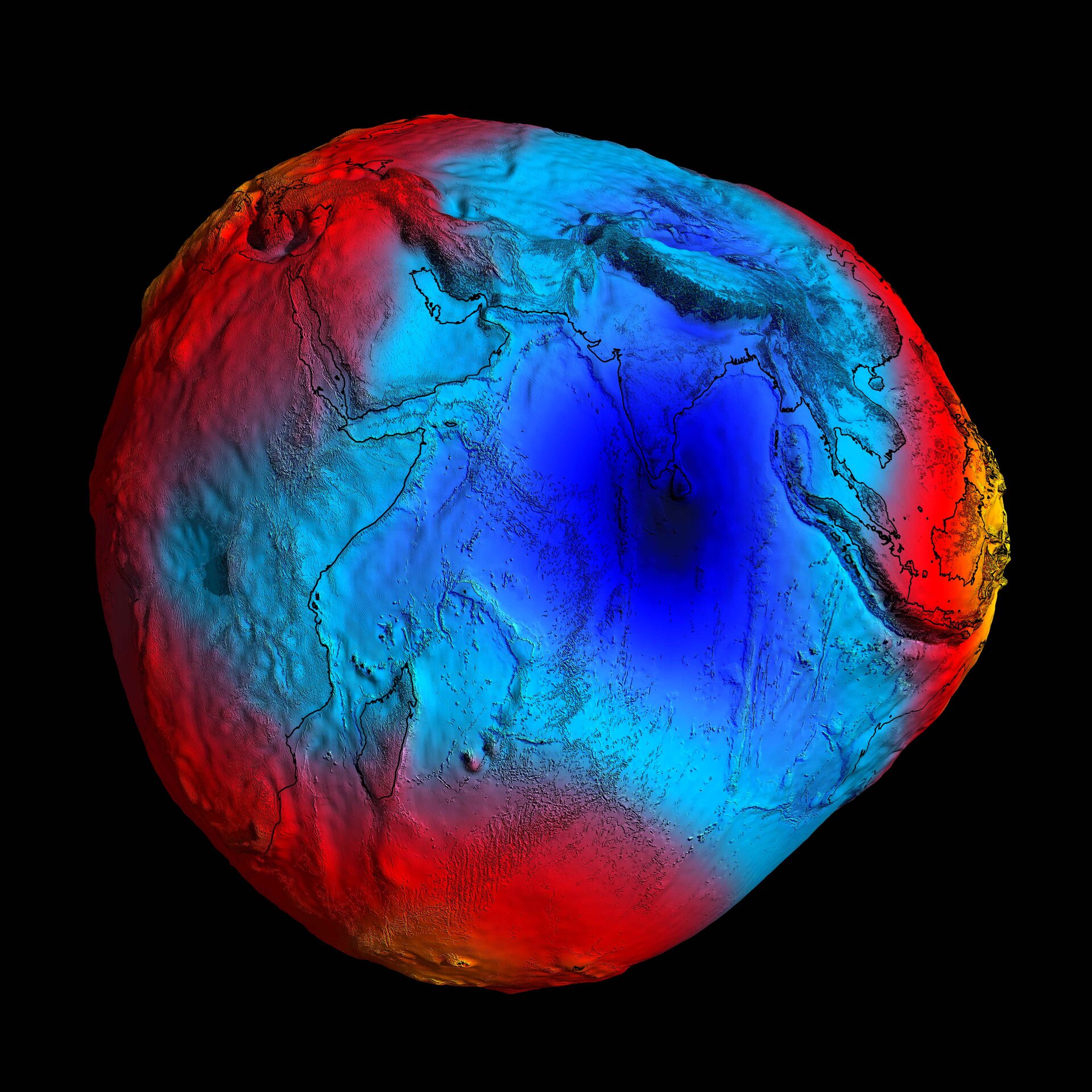 In 2011, GOCE delivered a model of the 'geoid' pictured here. At the time, it was the most accurate ever produced. The colours in the image represent deviations in height (–100 m to +100 m) from an ideal geoid. The blue shades represent low values and the reds/yellows represent high values.

A precise model of Earth's geoid is essential for deriving accurate measurements of ocean circulation, sea-level change and terrestrial ice dynamics. The geoid is also used as a reference surface from which to map the topographical features on the planet. In addition, a better understanding of variations in the gravity field will lead to a deeper understanding of Earth's interior, such as the physics and dynamics associated with volcanic activity and earthquakes.

By the middle of 2014, no less than five gravity field models and corresponding geoids had been generated from GOCE's data. Each version more accurate than the last. The fifth gravity model and geoid, includes all of the gravity data collected throughout the lifetime of the mission – right up until November 2013 when the satellite finally stopped working and succumbed to the force it was designed to measure.