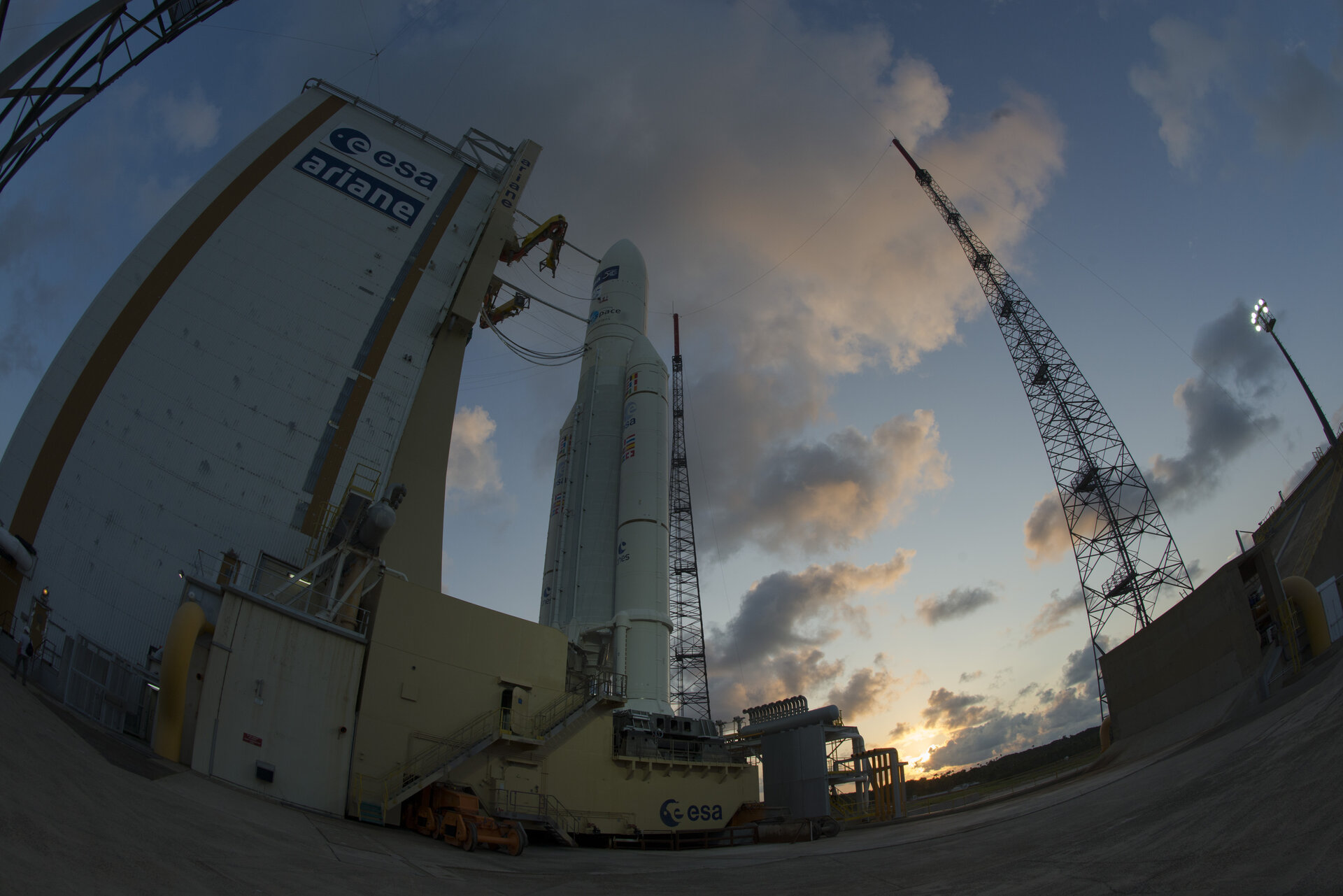 ESA’s last Automated Transfer Vehicle, ATVGeorges Lemaître, is set for launch to the International Space Station from Europe's Spaceport in Kourou, French Guiana at 23:44 GMT on 29 July (01:44 CEST on 30 July).

The fifth in the series of the largest spacecraft ever built in Europe is also the heaviest load an Ariane 5 has ever launched.

ATV-5 is set to carry almost 6.6 tonnes of supplies to the orbital outpost, including a record amount of dry cargo: around 2682 kg.

ESA astronaut Alexander Gerst will be responsible for docking and unloading the cargo when ATV arrives at its destination around two weeks after launch.