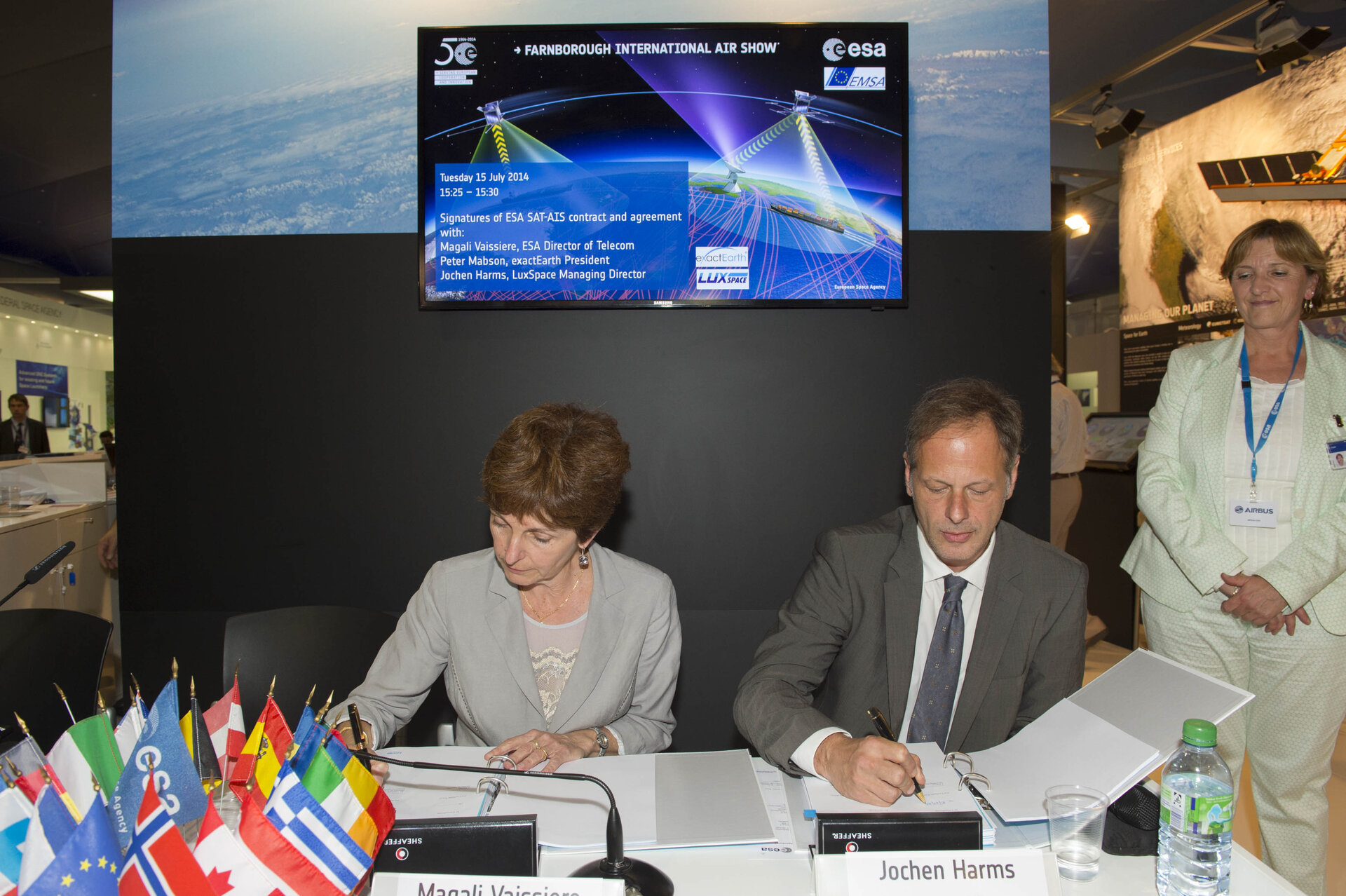 ESA will improve the identification and tracking of seafaring vessels anywhere on Earth from 2018 under a public–private partnership with LuxSpace of Luxembourg and exactEarth of Canada, signed on 15 July 2014 at the UK’s premier airshow.

The contract for Phase-B2/CD of SAT-AIS was signed by Magali Vaissiere, ESA’s Director of Telecommunications and Integrated Applications, and Jochen Harms, Managing Director of the prime contractor, LuxSpace S.a.r.l. of Luxembourg.

The corresponding cooperation agreement between ESA and the Canadian operator exactEarth was also signed at Farnborough by Magali Vaissiere and Peter Mabson, President of exactEarth Ltd.

Also present at the signing was Bo Andersen, Director General of the Norwegian Space Centre.

In a parallel project, ESA and the Norwegian Space Centre are working on a novel AIS payload to be carried on Norway’s next satellite, Norsat-1.