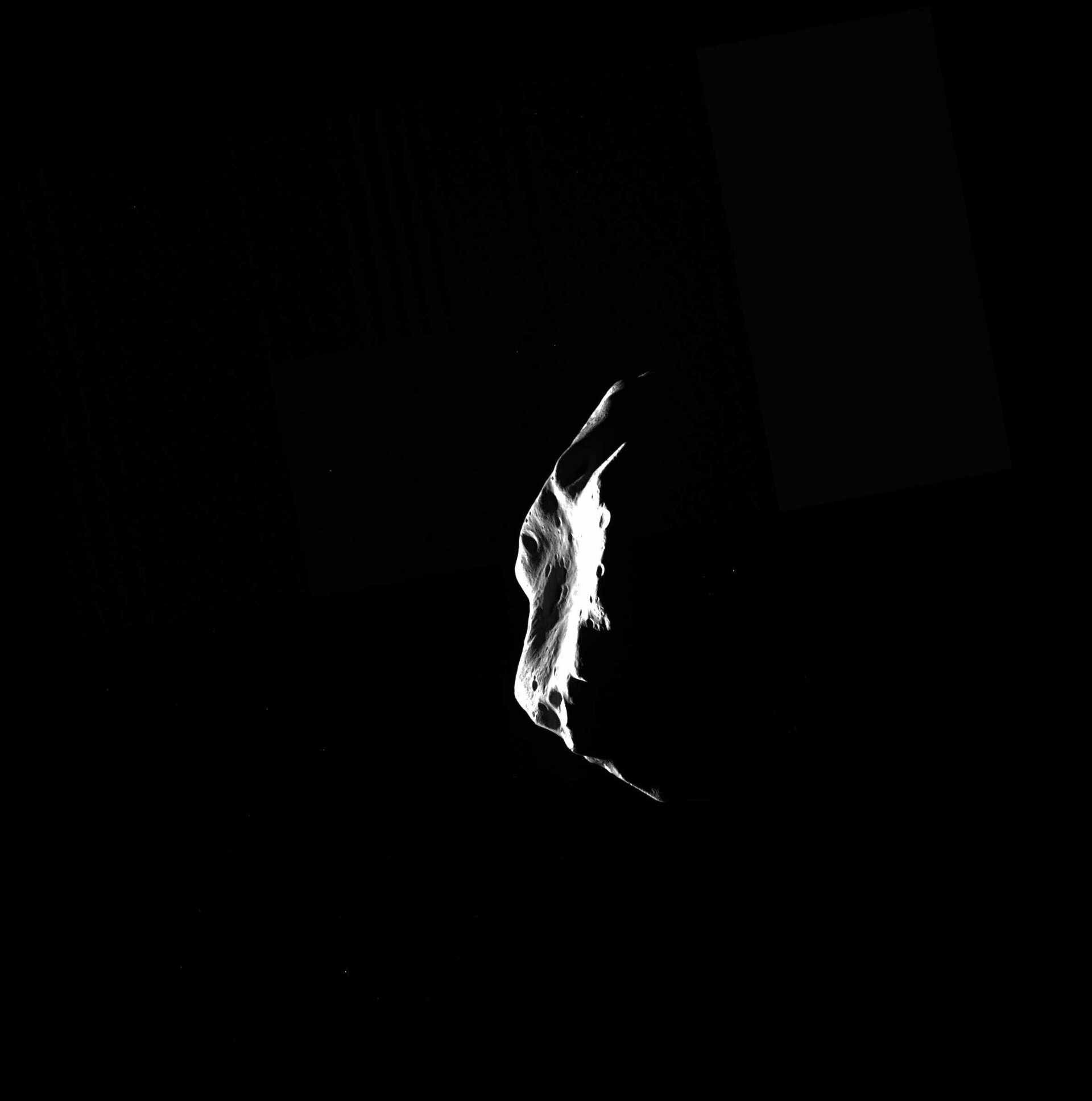 This ethereal image shows a stunning sliver of large main-belt asteroid Lutetia from the viewpoint of ESA’s Rosetta spacecraft, taken as Rosetta passed by on its 10-year voyage towards comet 67P/Churyumov–Gerasimenko.

This week marks four years since Rosetta flew by this ancient rocky body, on 10 July 2010. As the spacecraft swung past Lutetia it snapped hundreds of high-resolution photographs with its Optical, Spectroscopic and Infrared Remote Imaging System (OSIRIS) as well as obtaining valuable spectra, and maps of the surface temperature using other instruments.

This image was taken as Rosetta had passed its closest approach, at just under 3170 km from Lutetia’s surface, and was beginning its journey away from the asteroid.

As a result of this flyby, astronomers have been able to characterise Lutetia, viewing the wide range of craters and geological features scarring the asteroid’s surface and gauging its mass and volume–and thus density and composition. These measurements showed that Lutetia is primordial, likely having formed just under 4 billion years ago during the very early phases of the Solar System.

This asteroid is one of just two that Rosetta has closely flown past, the other being asteroid Steins in 2008.

Rosetta was launched in 2004 and, after 10 years in space, will finally rendezvous with its target comet in August. It will study the comet’s surface, dust and gases in unprecedented detail, deploy a lander onto its surface, and follow the comet for over a year as it orbits around the Sun.