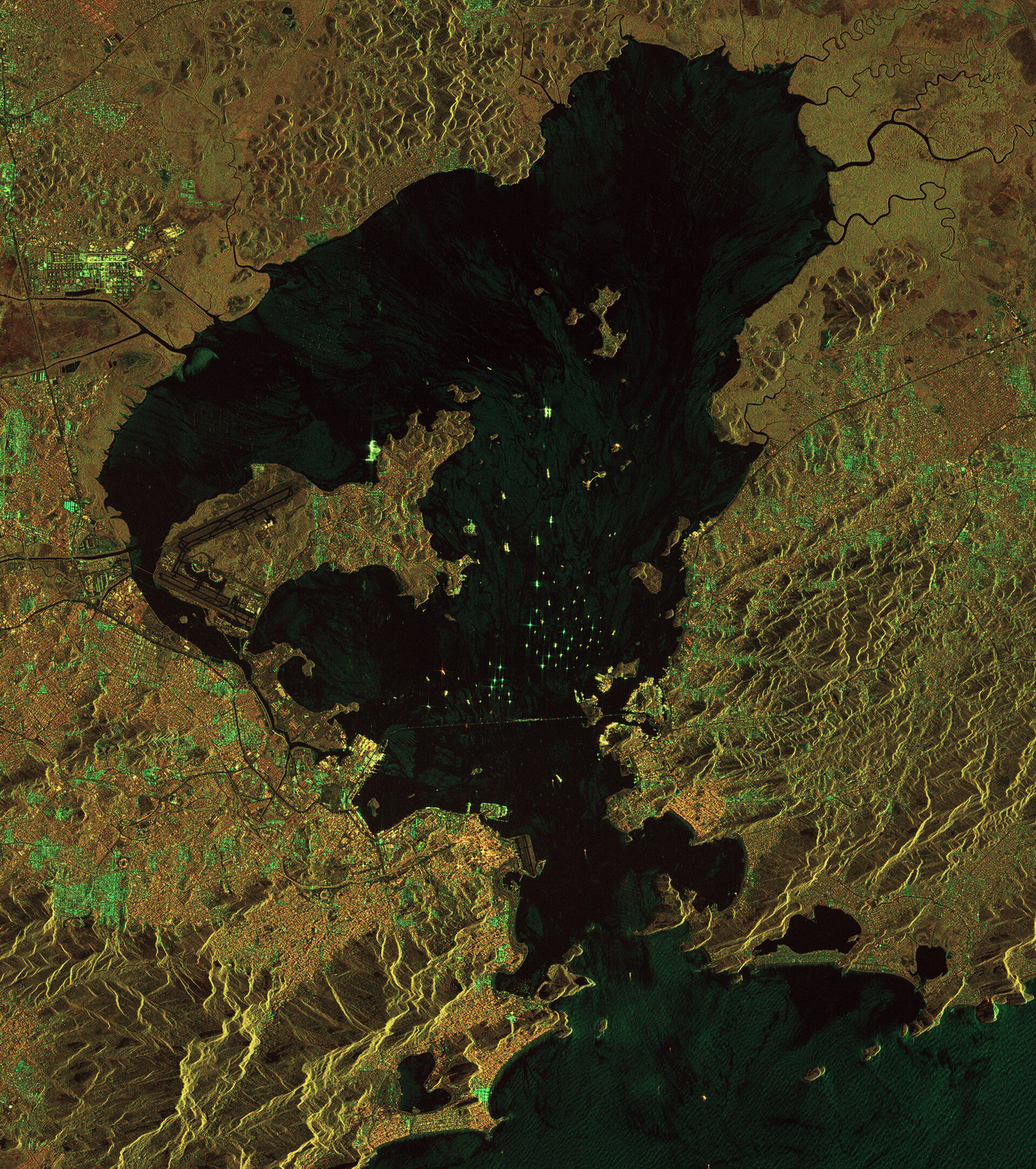 Guanabara Bay in southeast Brazil is pictured in this image from the Sentinel-1A satellite.

The city of Rio de Janeiro lies on the western banks of the bay and along the Atlantic coast to the south. Rio is connected to the city of Niterói on the east side of the bay by a large bridge which appears as a dotted straight line. To the north, we can see radar reflections from large ships.

Governador is the largest island in Guanabara Bay, and the site of Rio de Janeiro’s main airport.  The runways appear as dark lines.

Part of Rio de Janeiro was designated a UNESCO World Heritage Site in 2012 under the category of ‘cultural landscapes’. The Tijuca National Park – the mountainous area in the lower-left – is a hand-planted rainforest covering more than 30 sq km. The iconic statue of Christ the Redeemer stands at the eastern end of the forest, overlooking the city from the peak of the 700 m-high Corcovado mountain.

Zooming in above the mountains, the two circular structures are large stadiums. The one to the right is Estádio do Maracanã, where the final match of this year’s World Cup will take place on Sunday.

At the bottom-centre part of the image, the curved coast of the famous Copacabana is visible, while Sugarloaf mountain sits at the mouth of the bay.

This image, also featured on the Earth from Space video programme, was acquired on 13 May by Sentinel-1A’s radar working in 'dual polarisation'. The radar gathers information in either horizontal or vertical radar pulses, and colours were assigned to the different types.