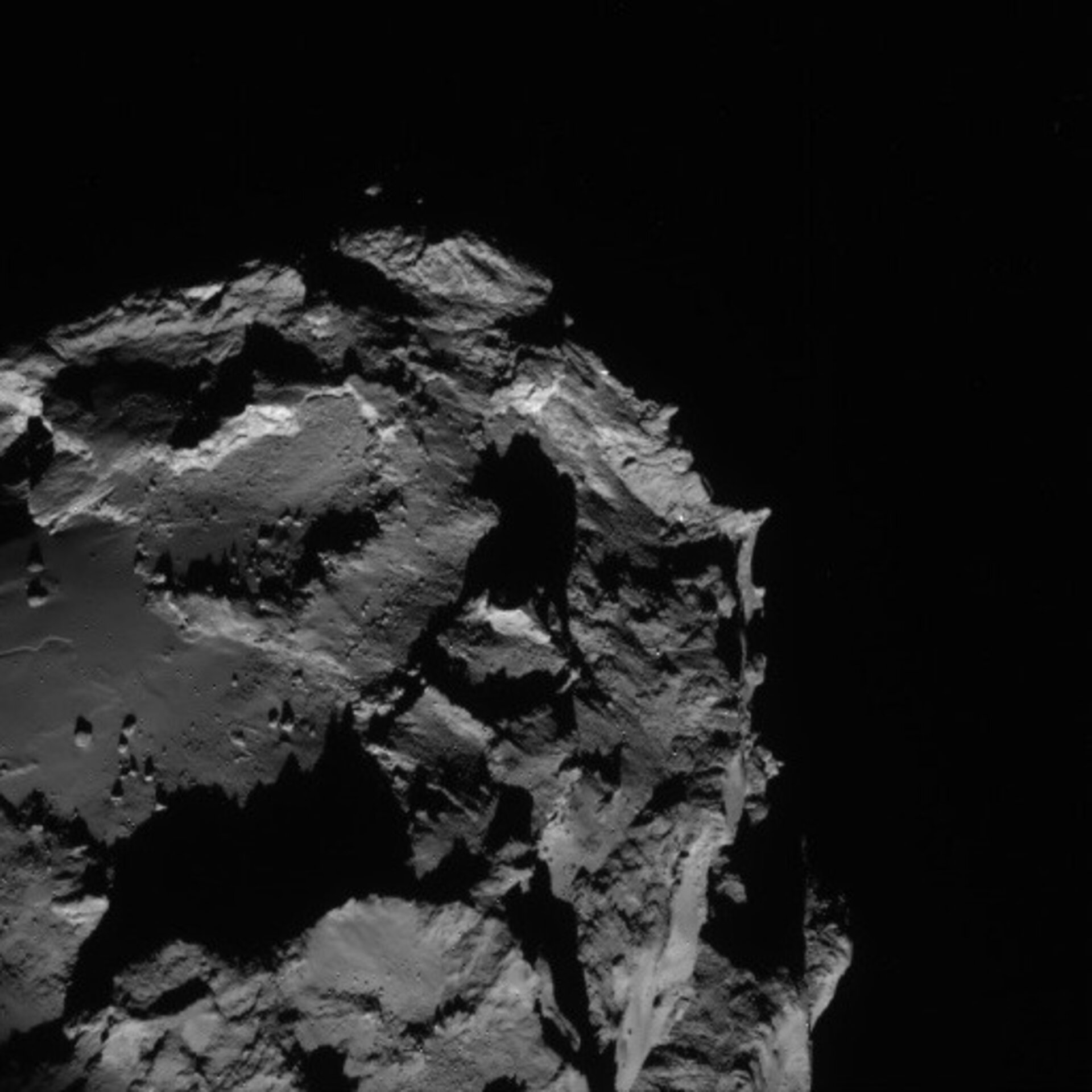 Rosetta navigation camera image taken on 23 August 2014 at about 61 km from 4 km-wide comet 67P/Churyumov-Gerasimenko. From 23 August, Rosetta started taking NAVCAM image sequences as small 2 x 2 rasters, such that roughly one quarter of the comet is seen in the corner of each of the four images, rather than all in just one shot. This is one example of the 512 x 512 pixel ‘corner’ image.