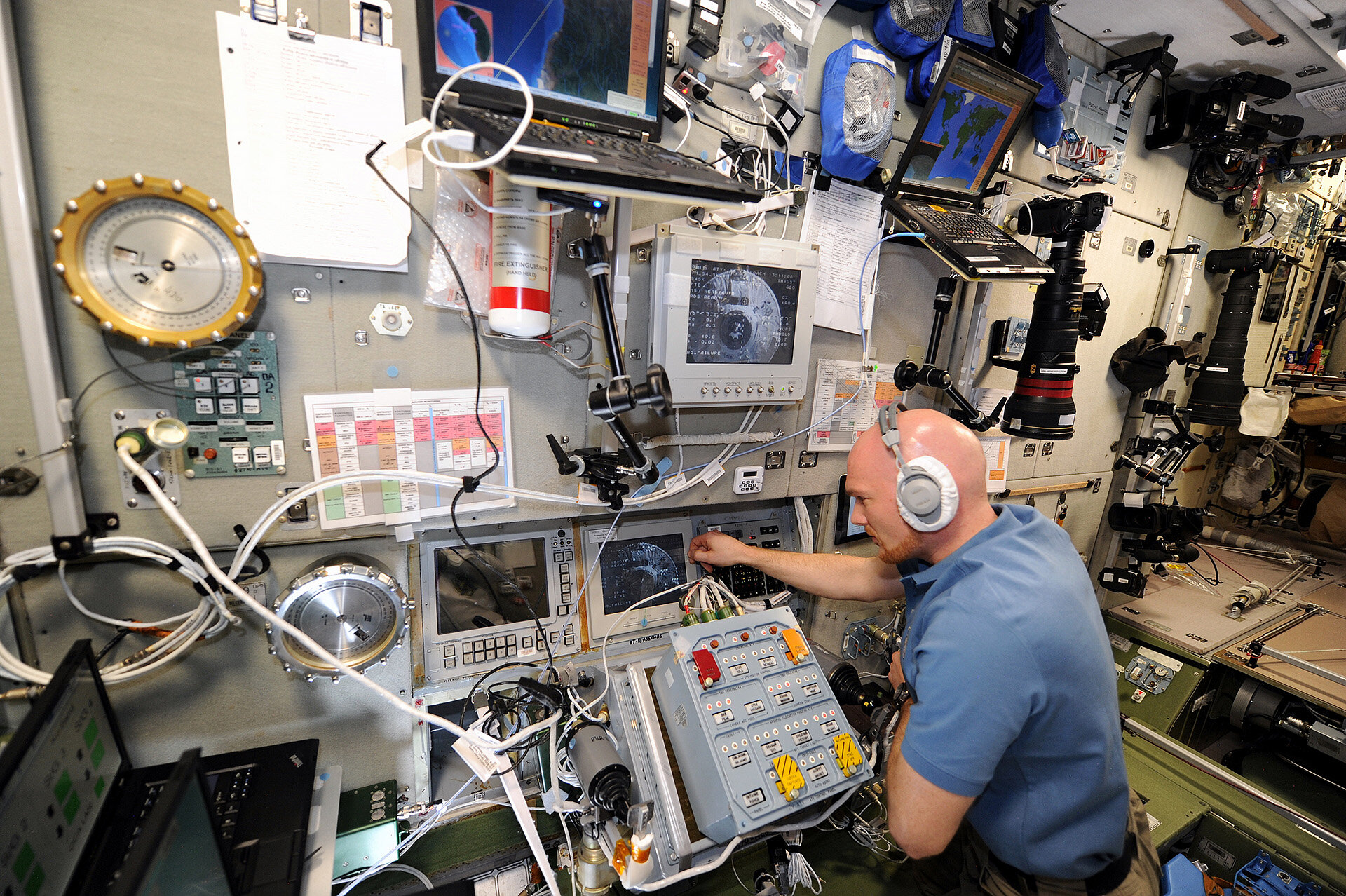 Doing what ATV does best

Shortly before the docking of ATV Georges Lemaître on 12 August 2014, ESA astronaut Alexander Gerst was pictured manually checking the approach speed of the massive cargo vessel. This failsafe method involves holding a simple plastic ruler against the screen and helps ensure a safe docking.

The ATV – Automated Transfer Vehicle – is designed to dock without human intervention. In the picture, ATV-5 is seen only a few short metres from the International Space Station. If ATV had approached too quickly, Alexander could have manually stopped the docking. The large red button seen on the docking control panel is the abort button. If used, it would send a signal to ATV to activate its thrusters, which would immediately push the vehicle away from the ISS. This is a critical moment during docking, and requires the human element to supervise the automated process.

ATV-5 made its docking at 15:30 CEST, with bull’s-eye precision and no need for any intervention. It is the last ATV to be sent to the International Space Station.

It will remain docked for about five months, providing supplies, fuel, air and scientific equipment and periodically reboosting the Station.