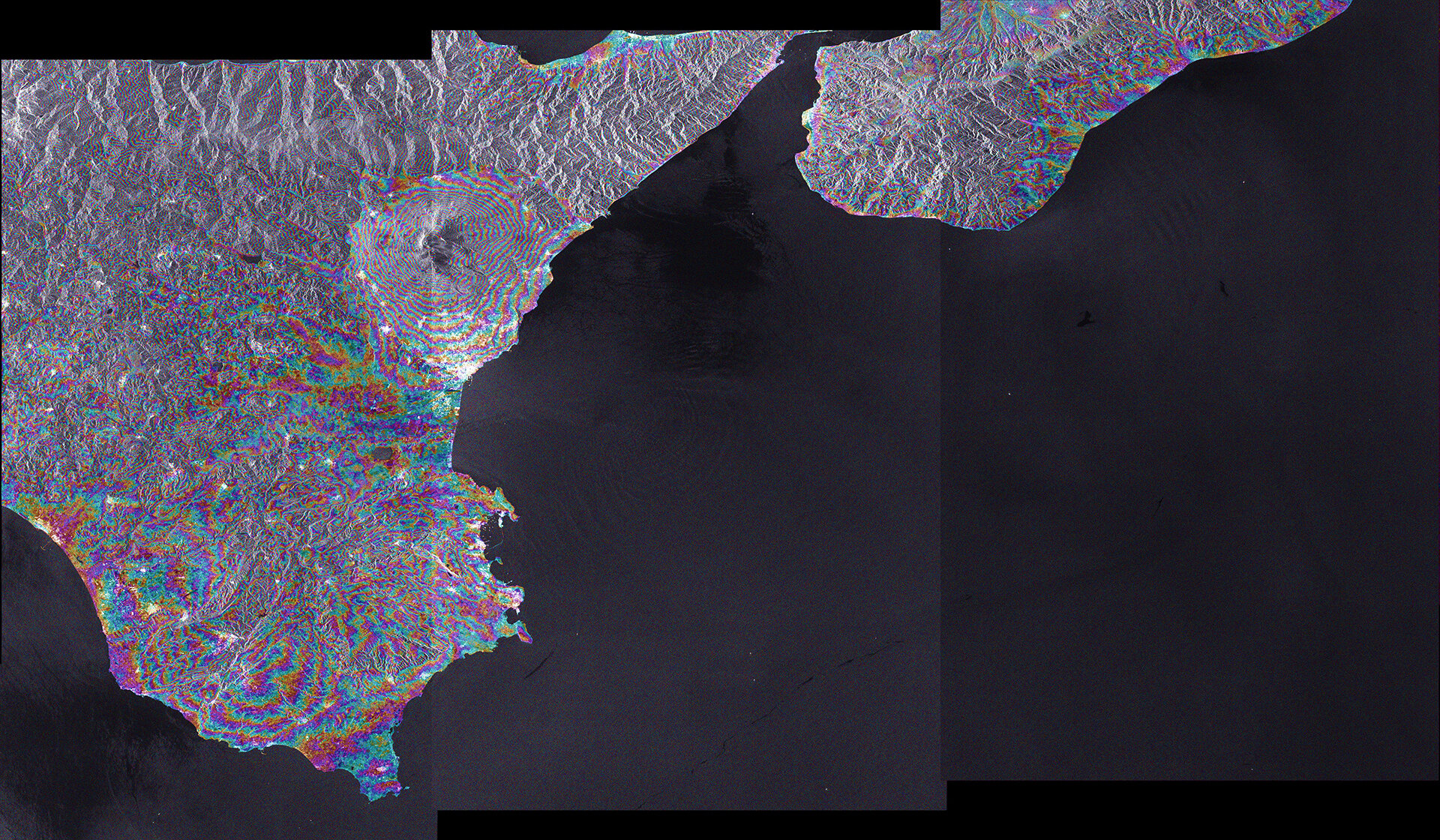 Sentinel-1A’s radar acquired the two images that make up this interferogram in its 'Interferometric wide Swath' mode on 9 and 21 August 2014 over Sicily, Italy. The rainbow-coloured fringes mainly denote differences in topography – hence the steep slopes of Mount Etna can be seen clearly. The second image was acquired after the first cycle of the Sentinel-1 satellite in its reference orbit. The interferogram shows a very good quality, demonstrating the sensor’s excellent capability for interferometric applications.