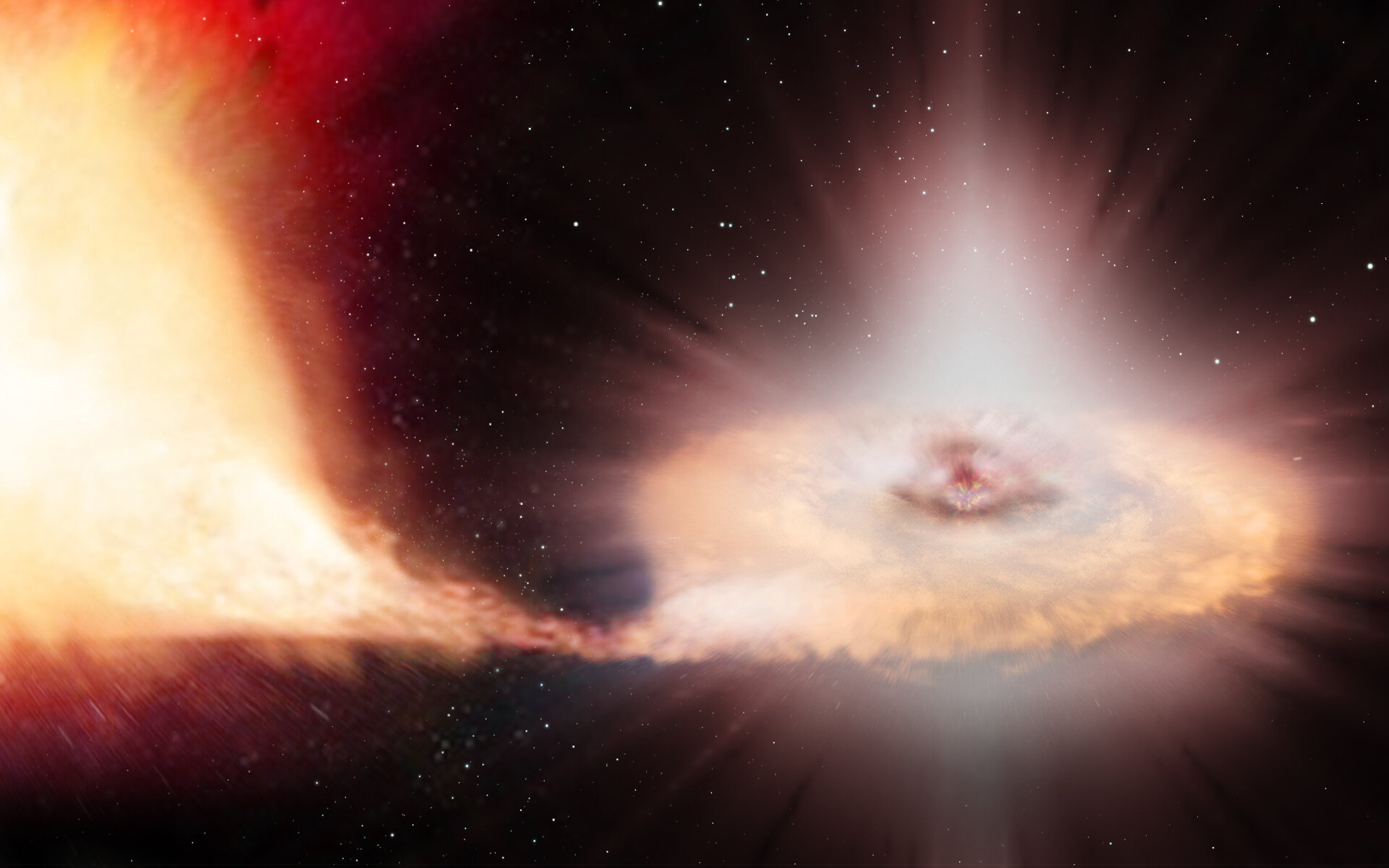 An artist’s impression of a Type Ia supernova – the explosion of a white dwarf locked in a binary system with a companion star.

While other types of supernovas are the explosive demises of massive stars, several times more massive than the Sun, Type Ia supernovas are the end product of their less massive counterparts. Low-mass stars, with masses similar to the Sun’s, end their lives gently, puffing up their outer layers and leaving behind a compact white dwarf. Due to their high density, white dwarfs can exert an intense gravitational pull on a nearby companion star, accreting mass from it until the white dwarf reaches a critical mass that then sparks a violent explosion.