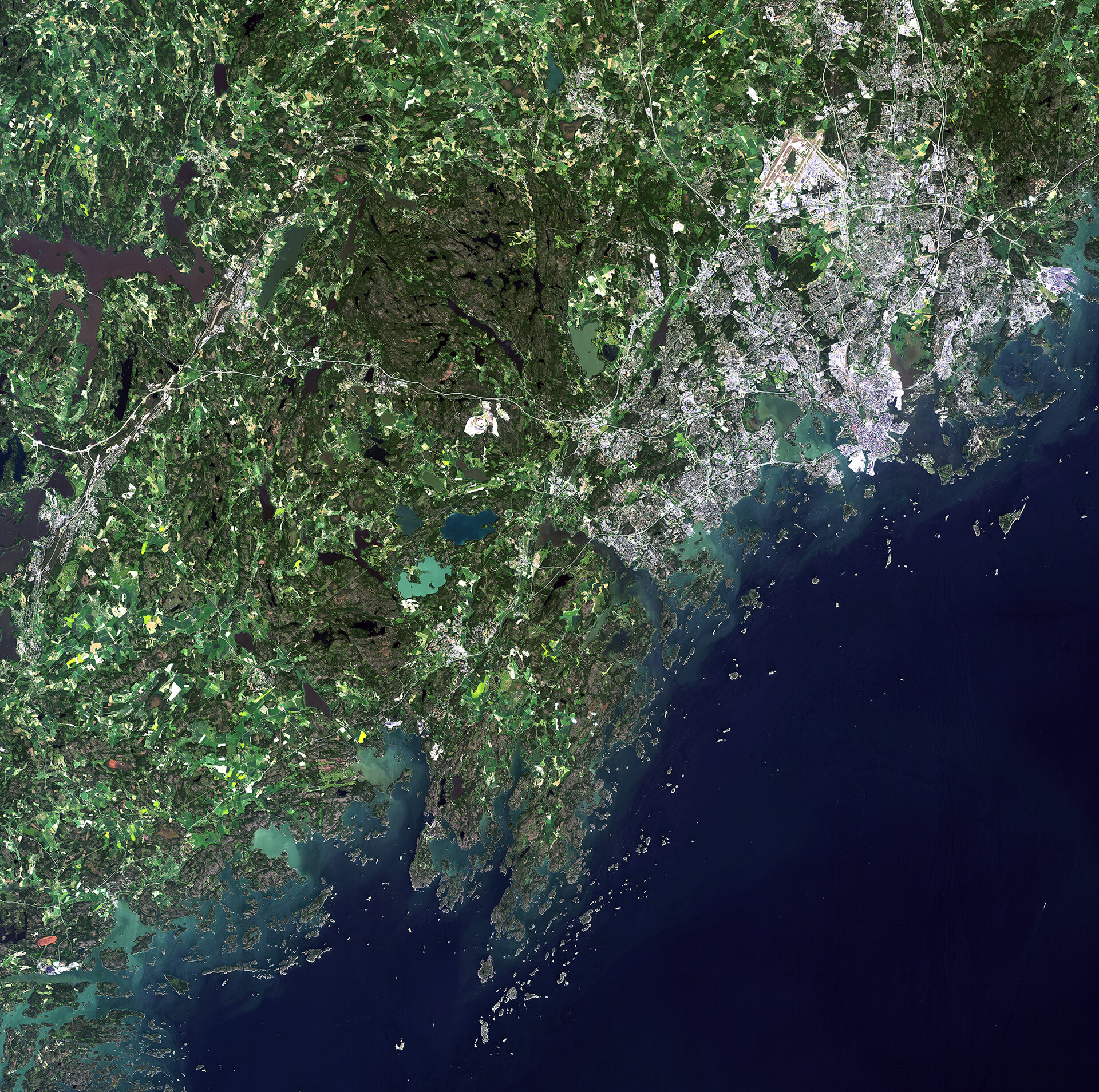 This image acquired by Japan’s ALOS satellite on 28 June 2009 shows Finland’s capital and largest city, Helsinki (upper right), on the shores of the Gulf of Finland.

The gulf is the eastern arm of the Baltic sea, stretching all the way to St Petersburg in Russia. The waters are relatively shallow, with an average depth of about 38 m and maximum depth of about 100 m. During winter – usually in January – the waters freeze and stay frozen until about April.

Satellites play an important role during this season for shipping, providing imagery that helps icebreaker boats navigate through these frozen waters.

Situated on the tip of a peninsula and on more than 300 islands, Helsinki is sparsely populated compared to other European capitals and has many green areas. Running north to south through the centre of the city is a 10 km-long forested park that offers opportunities for outdoor sports and activities to Helsinki’s residents.

This year, the park celebrates its 100-year anniversary, marked by various activities including nature walks, a photo competition and other events.

North of the city we can see the runways of the Helsinki airport, while farther west, the large, dark green area of Nuuksio National Park is evident.