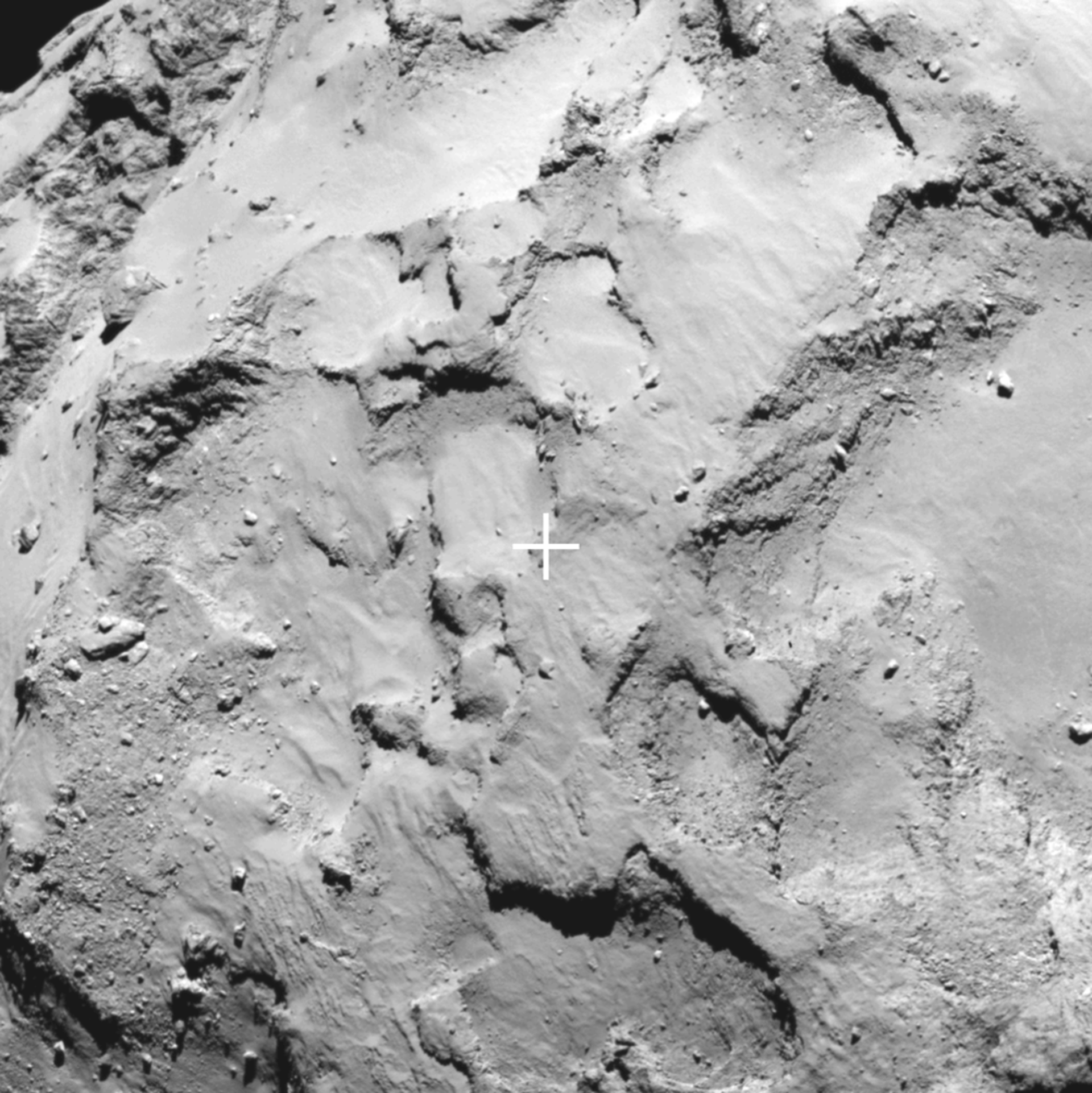 Close-up of Philae’s primary landing site J, which is located on the ‘head’ of Comet 67P/Churyumov–Gerasimenko. The image was taken by Rosetta’s OSIRIS narrow-angle camera on 20 August 2014 from a distance of about 67 km. The image scale is 1.2 metres/pixel.

Site J offers the minimum risk to the lander in comparison to the other candidate sites, and is also scientifically interesting, with signs of activity nearby. At Site J, the majority of slopes are less than 30º relative to the local vertical, reducing the chances of Philae toppling over during touchdown. Site J also appears to have relatively few boulders and receives sufficient daily illumination to recharge Philae and continue science operations on the surface beyond the initial battery-powered phase.