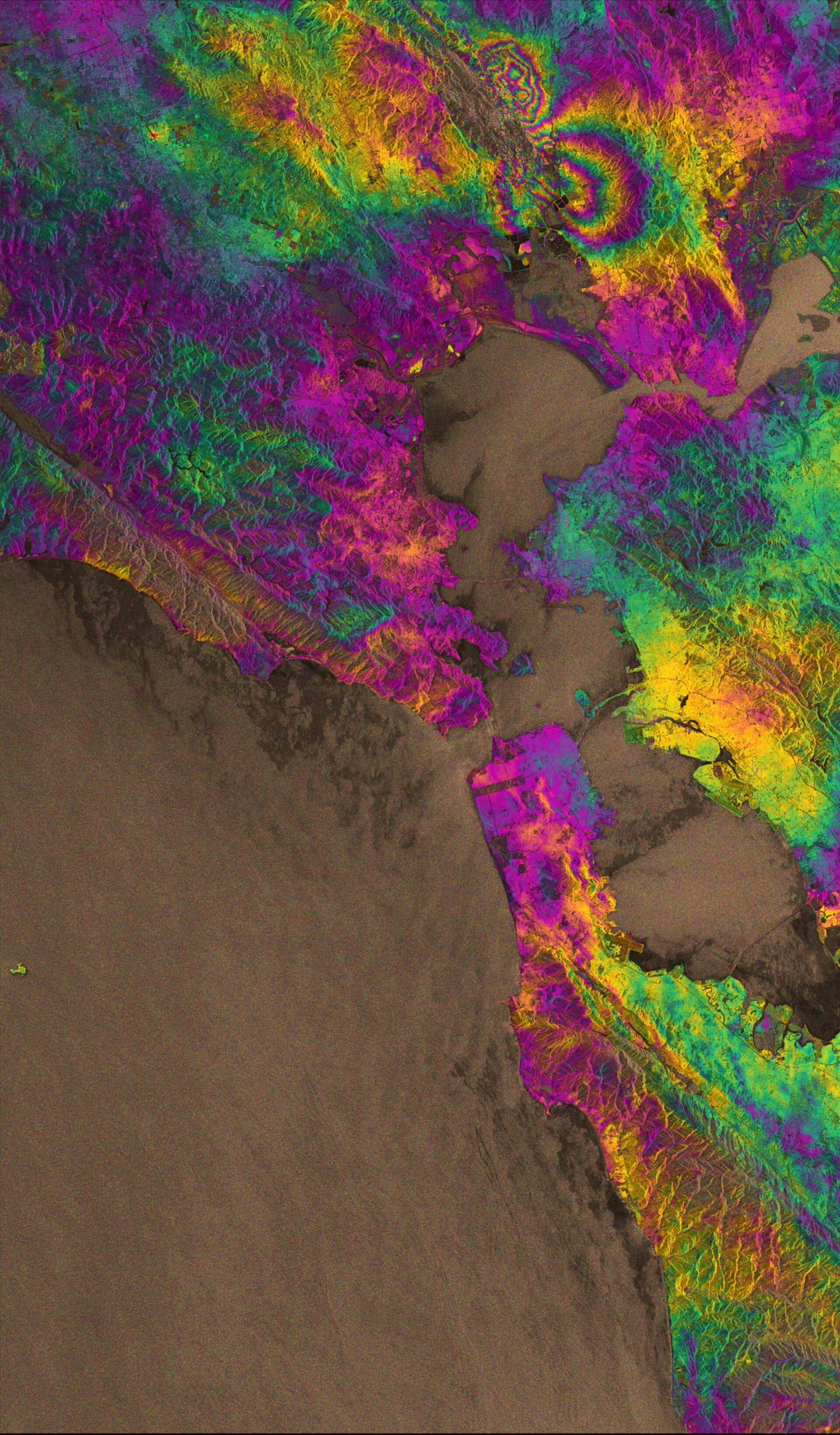 The biggest earthquake in 25 years struck California’s Napa Valley in the early hours of 24 August 2014. By processing two Sentinel-1A images, which were acquired on 7 August and 31 August 2014 over this wine-producing region, an interferogram was generated. It shows how the ground moved during the quake. Deformation on the ground causes phase changes in radar signals that appear as the rainbow-coloured patterns around the Napa Valley at the top of the image. Each colour cycle corresponds to a deformation of 28 mm deformation. The maximum deformation is more than 10 cm, and an area of about 30x30 km was affected significantly. The image also clearly maps the infamous San Andreas Fault running along the coastline.

Interferograms like these are being used by scientists on the ground to help them map the surface rupture and model the earthquake. This interferogram very clearly shows the fault that caused the earthquake, which had not been identified as being particularly hazardous prior to the event.

Despite this interferogram being computed with images acquired in the satellite’s ‘stripmap mode’, which is not going to be the default mode when operational, this result demonstrates the capability of Sentinel-1A and marks the beginning of a new era for our ability to map earthquakes from space.