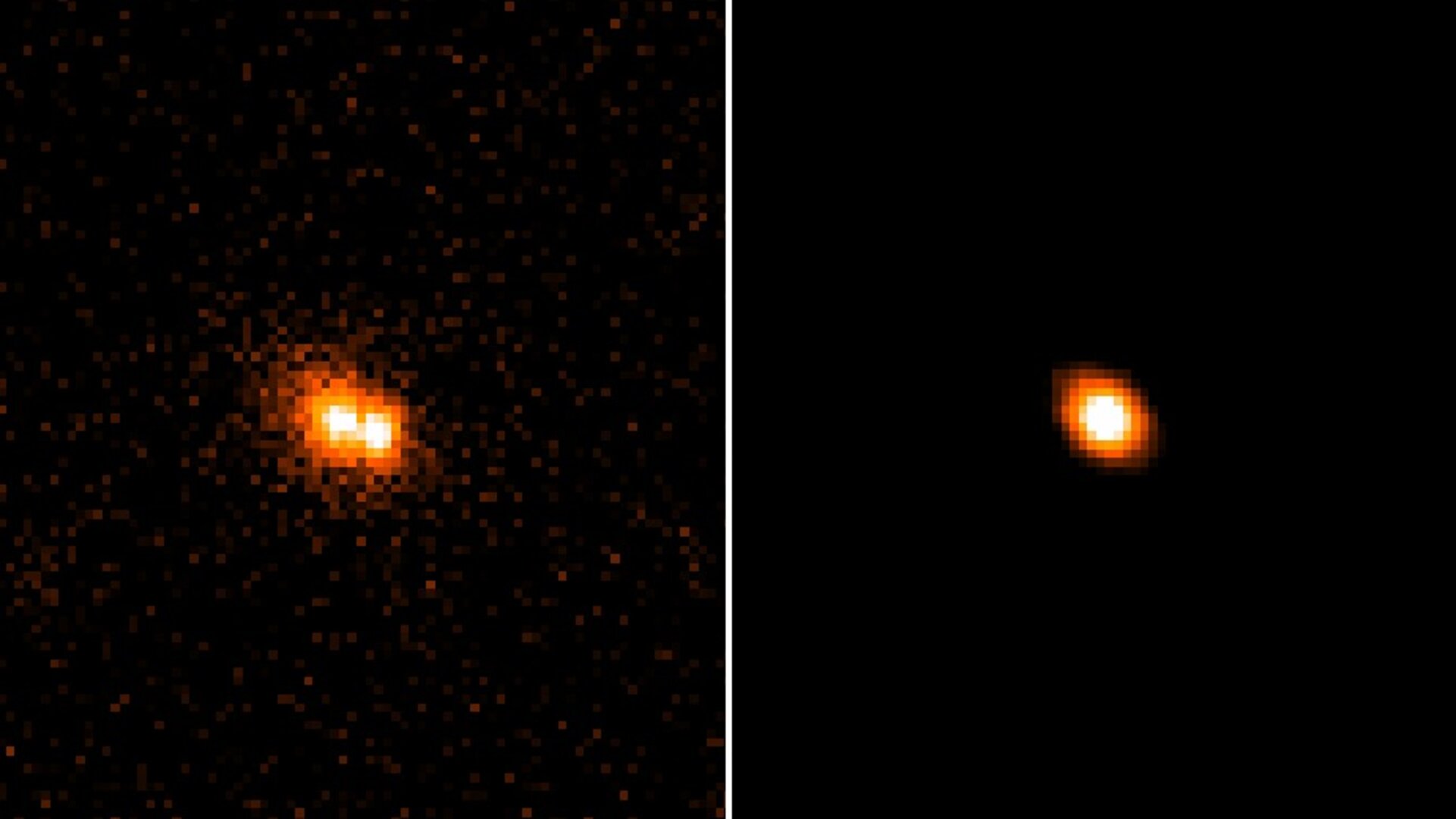 Supernova Gaia14aaa and its host galaxy

This image shows the supernova named Gaia14aaa as seen on 10 September 2014 with the robotic Liverpool Telescope on La Palma, in the Canary Islands, Spain. This is a Type Ia supernova – the explosion of a white dwarf locked in a binary system with a companion star – and it was discovered in the data collected with ESA’s Gaia satellite on 30 August.

In the left panel, the image from the Liverpool Telescope shows both Gaia14aaa and its host galaxy, named SDSS J132102.26+453223.8, which is about 500 million light-years away. In this image, the supernova is slightly offset from the galaxy’s core.

The central panel shows an image of the same galaxy, taken as part of the Sloan Digital Sky Survey, several years before the explosion of Gaia14aaa could be observed from Earth.

The right panel was obtained by subtracting the second image, which contains the light emitted by the galaxy, from the first one, which depicts both the galaxy and the supernova. The difference between the two images clearly shows the appearance of Gaia14aaa.