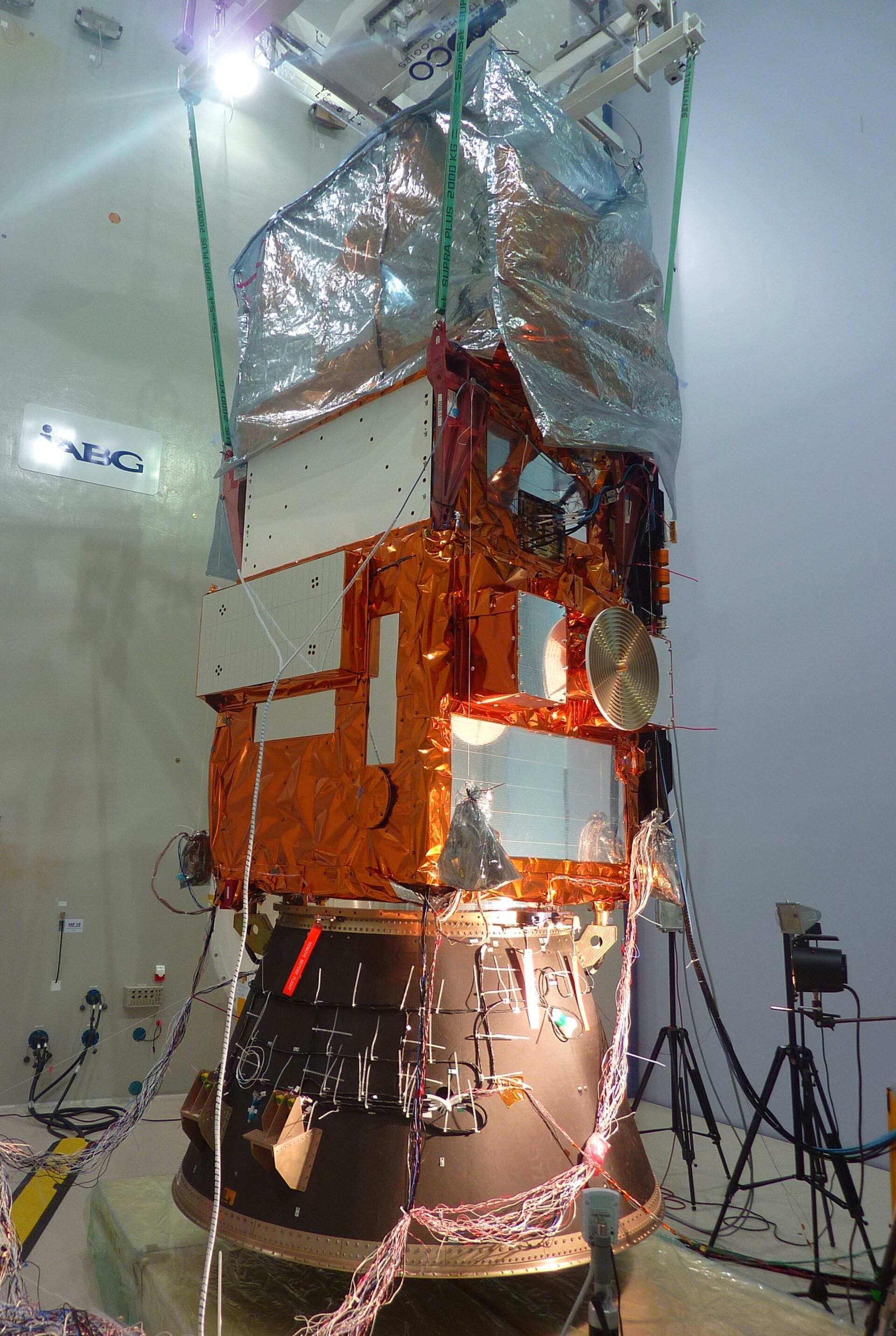 As part of the six-month test campaign to make sure the Sentinel-2A satellite is ready for launch next year, the satellite was joined to the a launch adapter and a model of the Vega rocket’s upper stage to check that they fitted together as they should. The engineers also joined the umbilical connectors as part of this fit check. A test, which involved two simultaneous explosions, was also carried out to make sure the satellite will be able to withstand the shock when the rocket’s fairing is released on its way into orbit. A further test simulated the shock of separation when the satellite is released into orbit. This separation test was also carried out using a model of the Rockot upper stage. Sentinel-2A will be launched on a Vega rocket from Kourou, French Guiana, in spring 2015, while it is planned to launch Sentinel-2B on Rockot from Plesetsk in 2016. The satellites are being built in parallel.