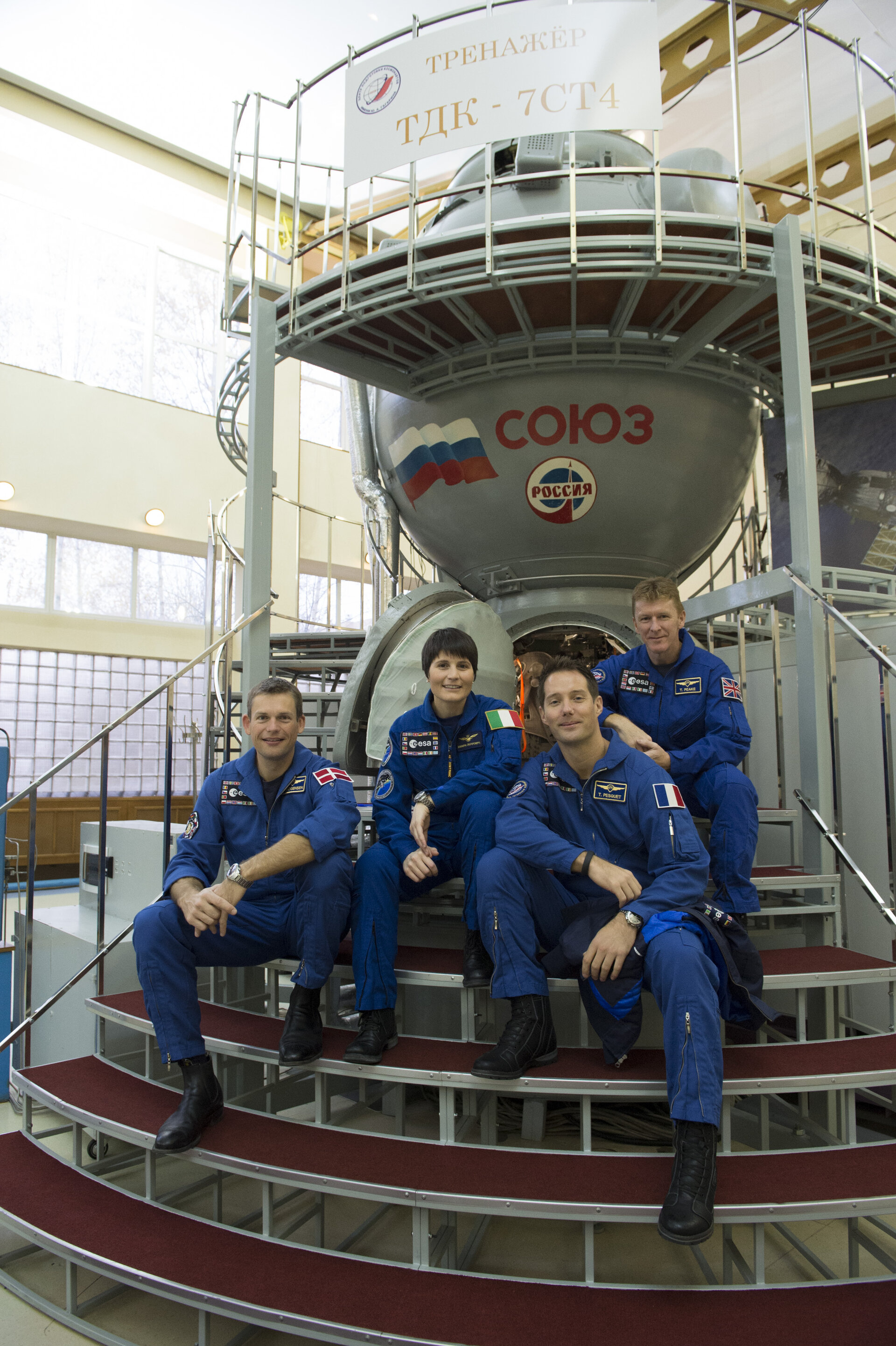 Andreas Mogensen is assigned to be launched on a Soyuz spacecraft from Baikonur Cosmodrome in Kazakhstan in September 2015 for a mission to the International Space Station. This 10-day mission will be Andreas’s first flight into space and the first ever space mission by a Danish astronaut.

Samantha Cristoforetti, Italian astronaut, flew on the Soyuz TMA-15M spacecraft to the International Space Station that was launched 12 November 2014 as part of Expedition 42/43.

Thomas Pesquet, French astronaut, is assigned to be launched in 2016 for a long-duration mission to the Station.

Tim is training for his own long-duration mission to the Station at the end of November 2015. He will be the first British ESA astronaut to visit the Space Station.