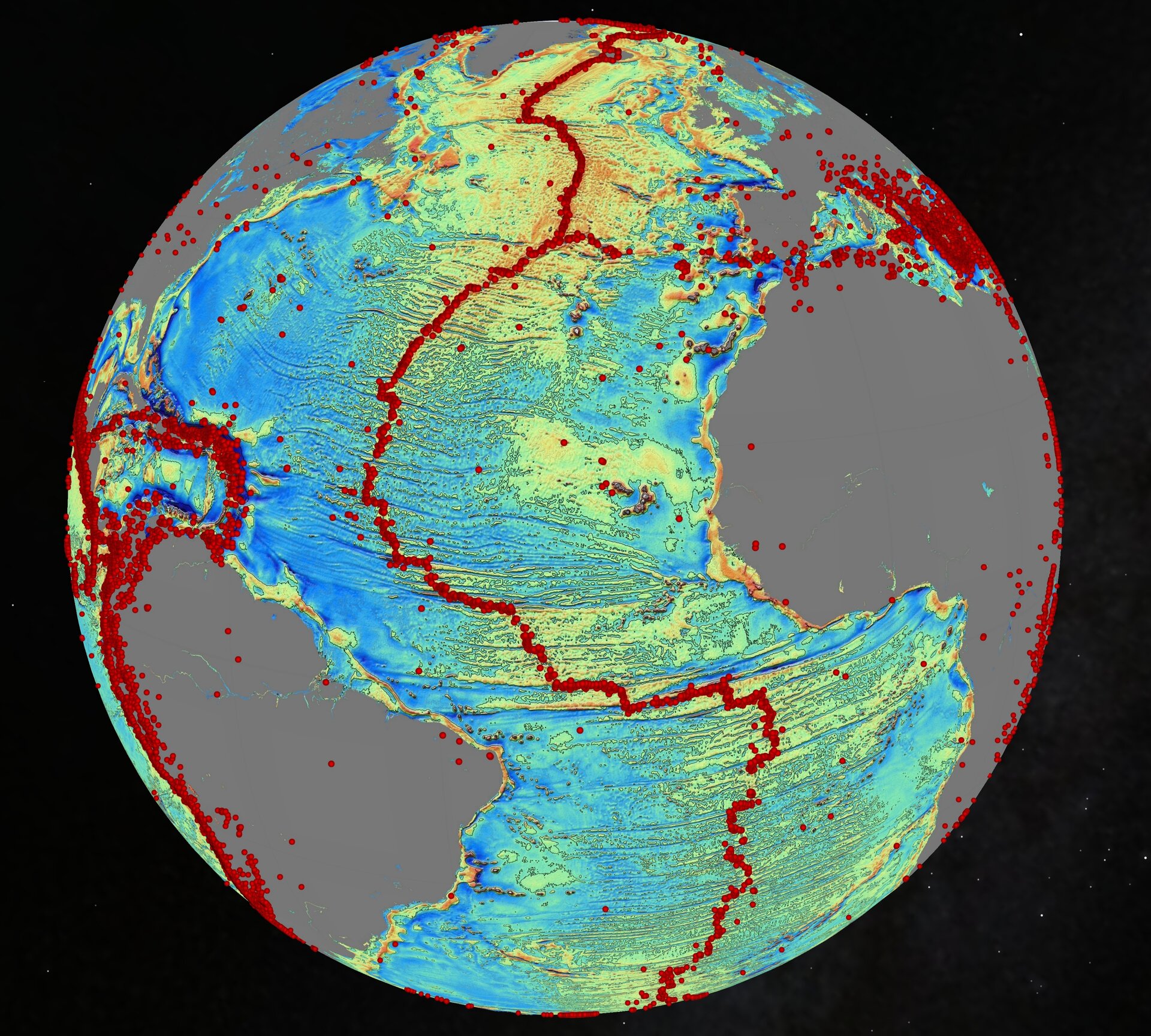 Scientists from Scripps Institute of Oceanography at University California San Diego used altimetry measurements from ESA’s CryoSat mission and from the CNES–NASA Jason-1 satellite to create a new marine gravity map – twice as accurate as the previous version produced nearly 20 years ago.  CryoSat’s main task is to measure the elevation of the world’s ice but its altimetry measurements acquired over oceans measure sea-surface height, and this can be used to create global marine gravity models and, from them, eventually derive maps of the seafloor. This new map exposes thousands of previously unchartered seamounts, ridges and deep ocean structures. Previously unseen features in the map include newly exposed continental connections across South America and Africa, and new evidence for seafloor spreading ridges at the Gulf of Mexico that were active 150 million years ago and are now buried by layers of sediment more than a kilometre thick. The red spots indicate volcanic activity. Read full article.