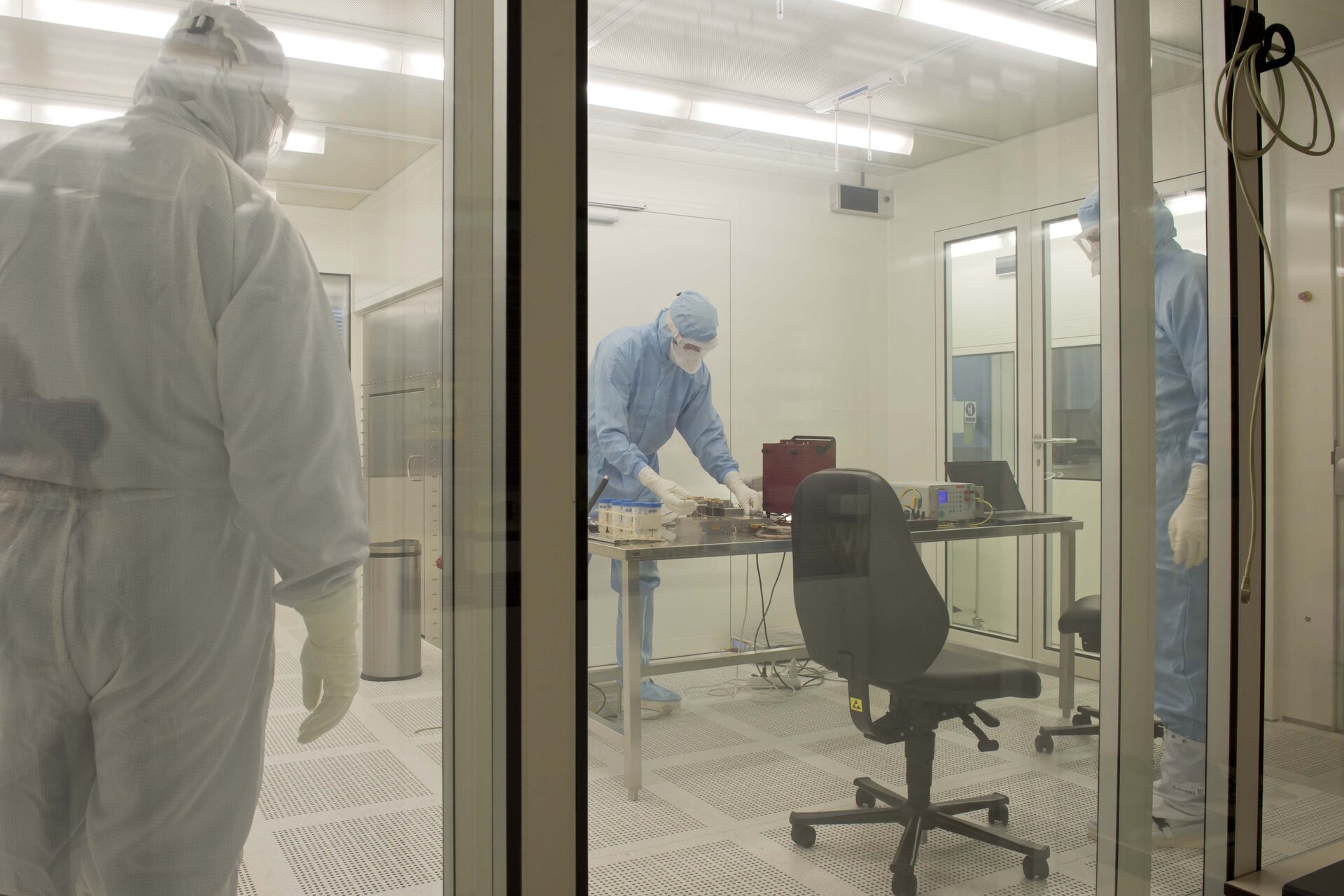 ESA’s ultra-clean microbiology laboratory is part of the Agency's Life, Physical Sciences and Microgravity Laboratory, based in Noordwijk, the Netherlands. The air on the other side of the glass is an ISO class 1 cleanroom, its rigorously filtered air containing at rest millions of times fewer particles than the outside atmosphere: fewer than a dozen particles larger than 0.1 micrometres, such as a speck of dust,  per cubic metre of air. This makes it suitable for Planetary Protection procedures, such as examining temperature sensors destined to end up on the surface of Mars aboard the ExoMars 2016 Schiaparelli lander.