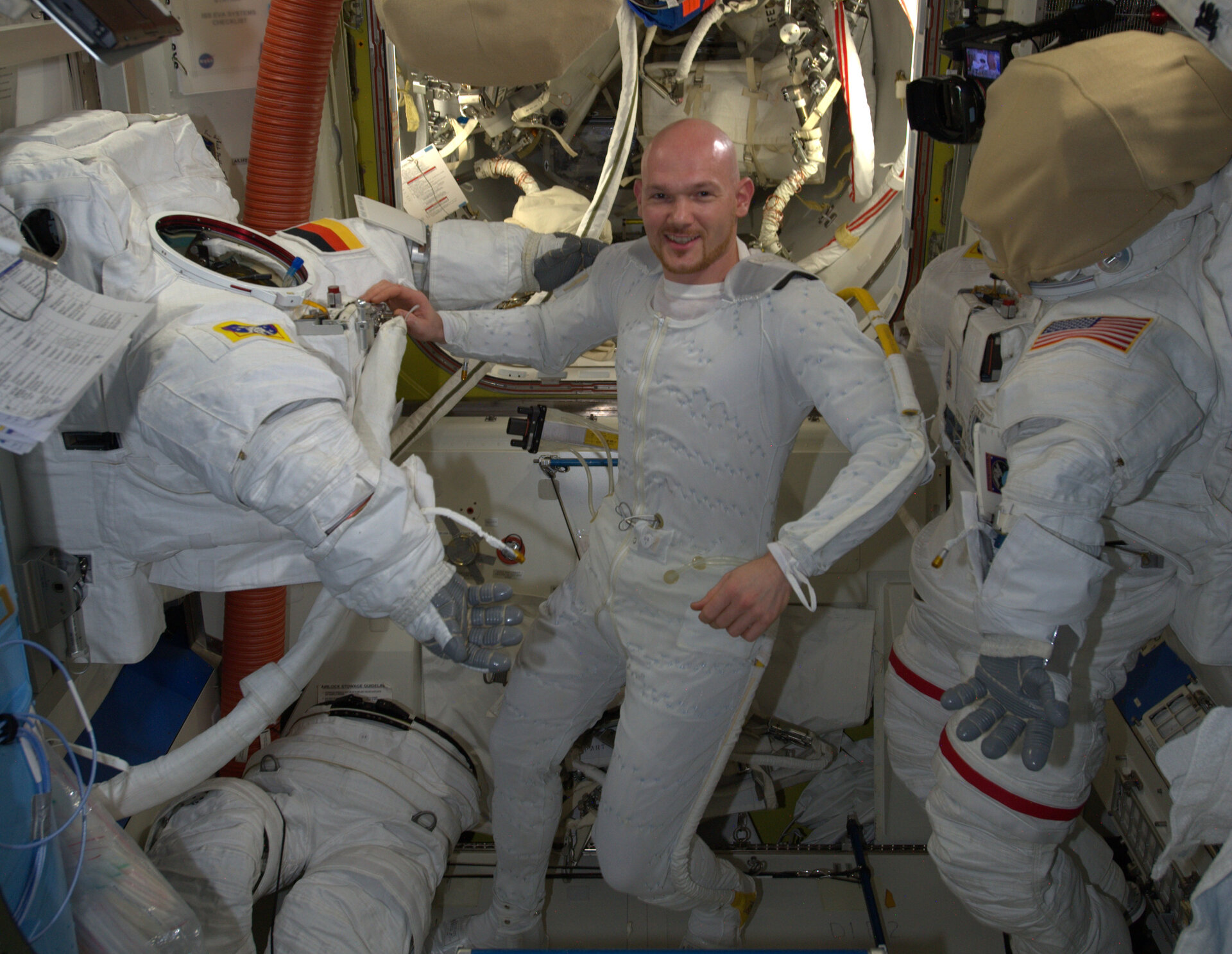 ESA astronaut Alexander Gerst wearing the undergarment for his 7 October 2014 spacewalk. He will venture into open space with NASA astronaut Reid Wiseman on a seven-hour sortie. Reid has the callsign EV1 and will be wearing the suit on the right with red stripes, while Alexander will be EV2 and wear the spacesuit without stripes but with a German flag.