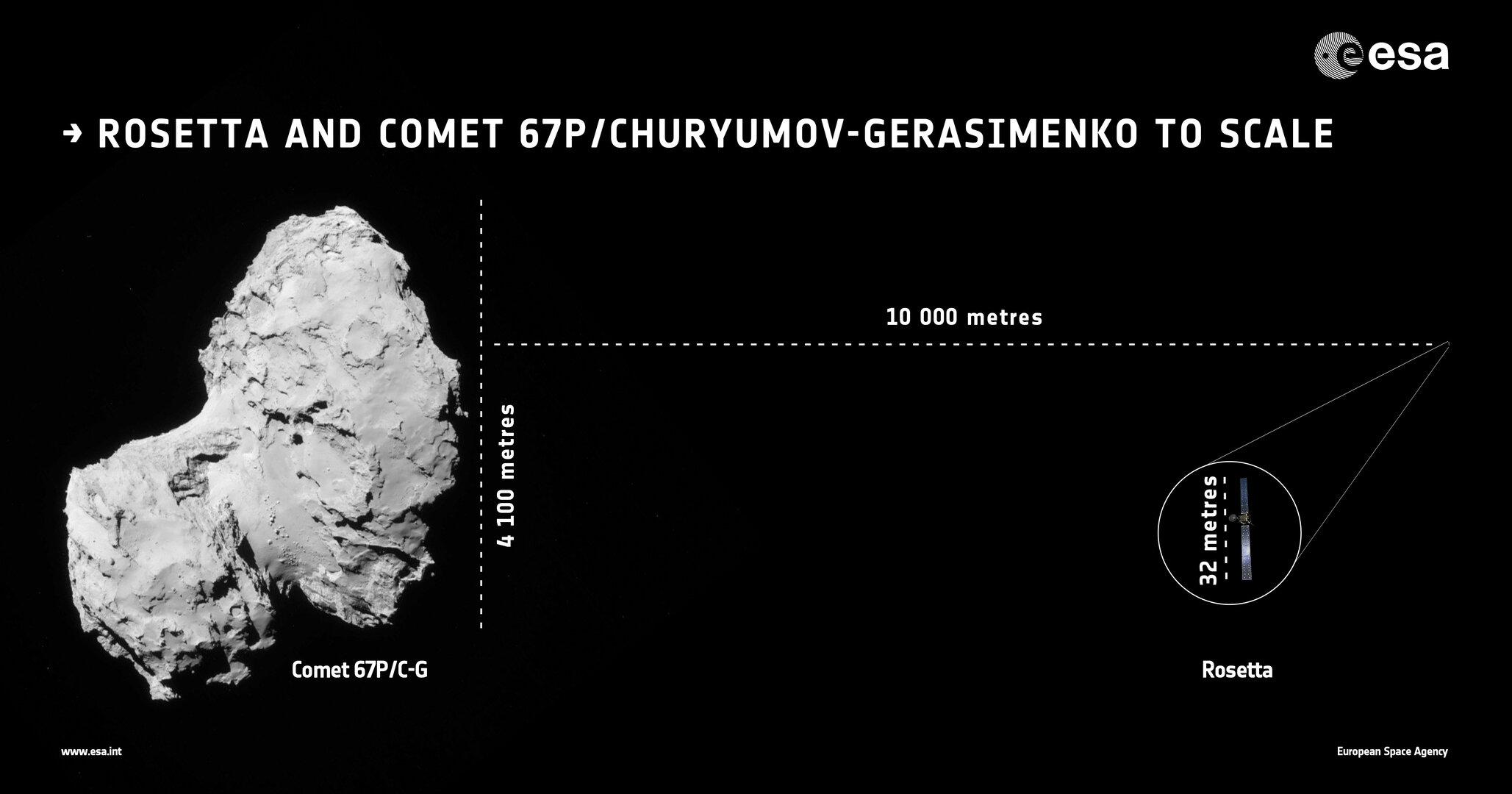 Rosetta and comet to scale

Rosetta and Comet 67P/Churyumov-Gerasimenko to scale (Rosetta is indicated by the circle).

Rosetta is 32 m from tip to tip of the solar wings. The comet measures 4.1 km along its longest length, 128 times the width of Rosetta.

Unlike typical artist’s impressions, this image is scaled to convey the vast difference in size between Rosetta and the comet, even when the spacecraft is in a close 10 km orbit, as depicted here. The comet image was taken by Rosetta's navigation camera.

Rosetta reached 10 km distance from the comet centre by October 2014.