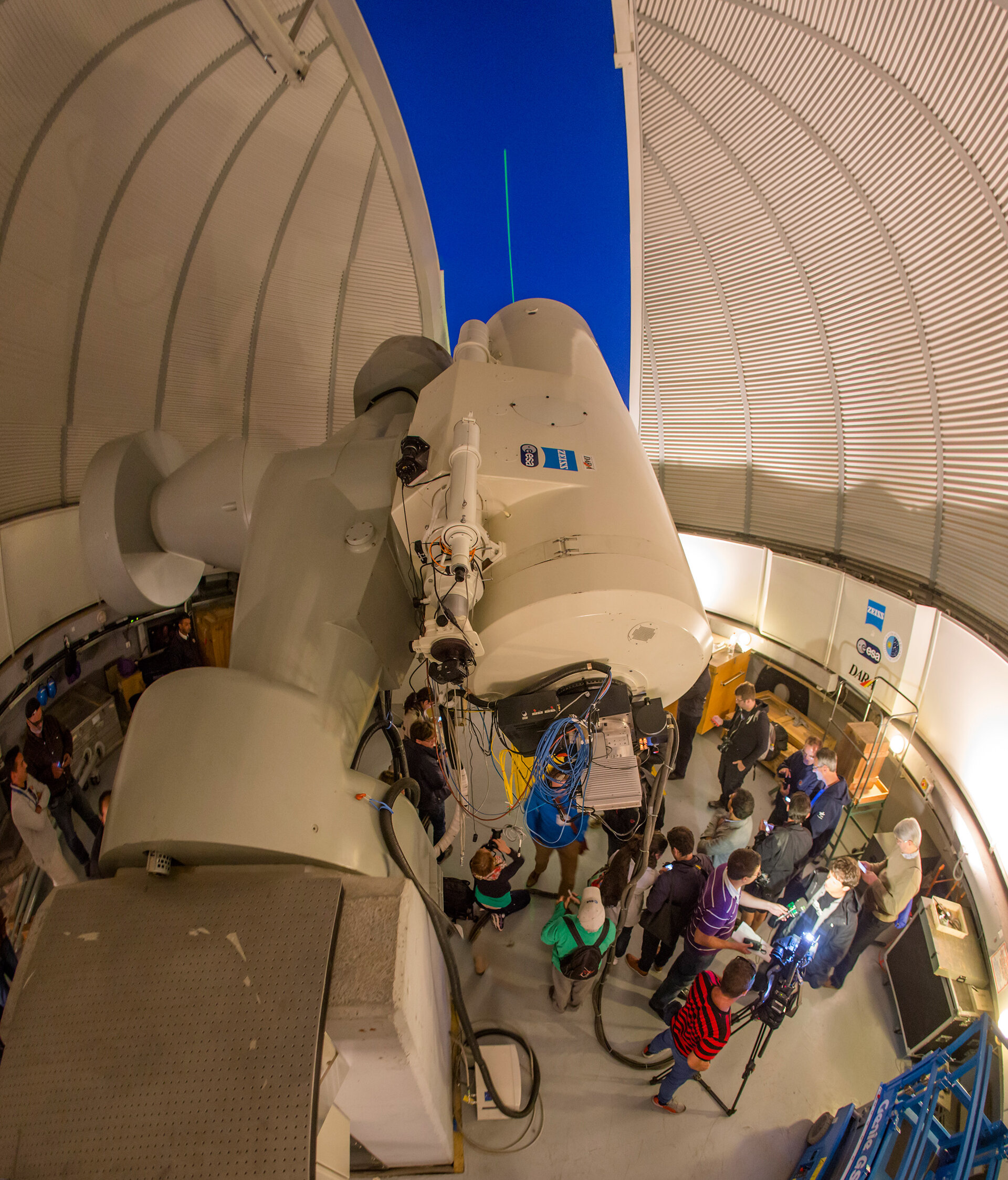 During the evening of 8 October 2014, ESA’s observatory on the island of Tenerife, Spain, lit up the International Space Station with a green laser, normally used for testing next-generation optical communication technologies.

The image shows the laser beam tracking the Station through a four-minute pass over the site at an altitude of about 420 km.

ESA’s Optical Ground Station is located at the Teide Observatory, which is operated by the Instituto de Astrofísica de Canarias.

The demonstration was conducted as part of ESA’s #SpaceOptics SocialSpace event of 7–8 October.

Timelapse video of the Station reflecting green via YouTube: www.youtube.com/watch?v=4efd_OPwKrY