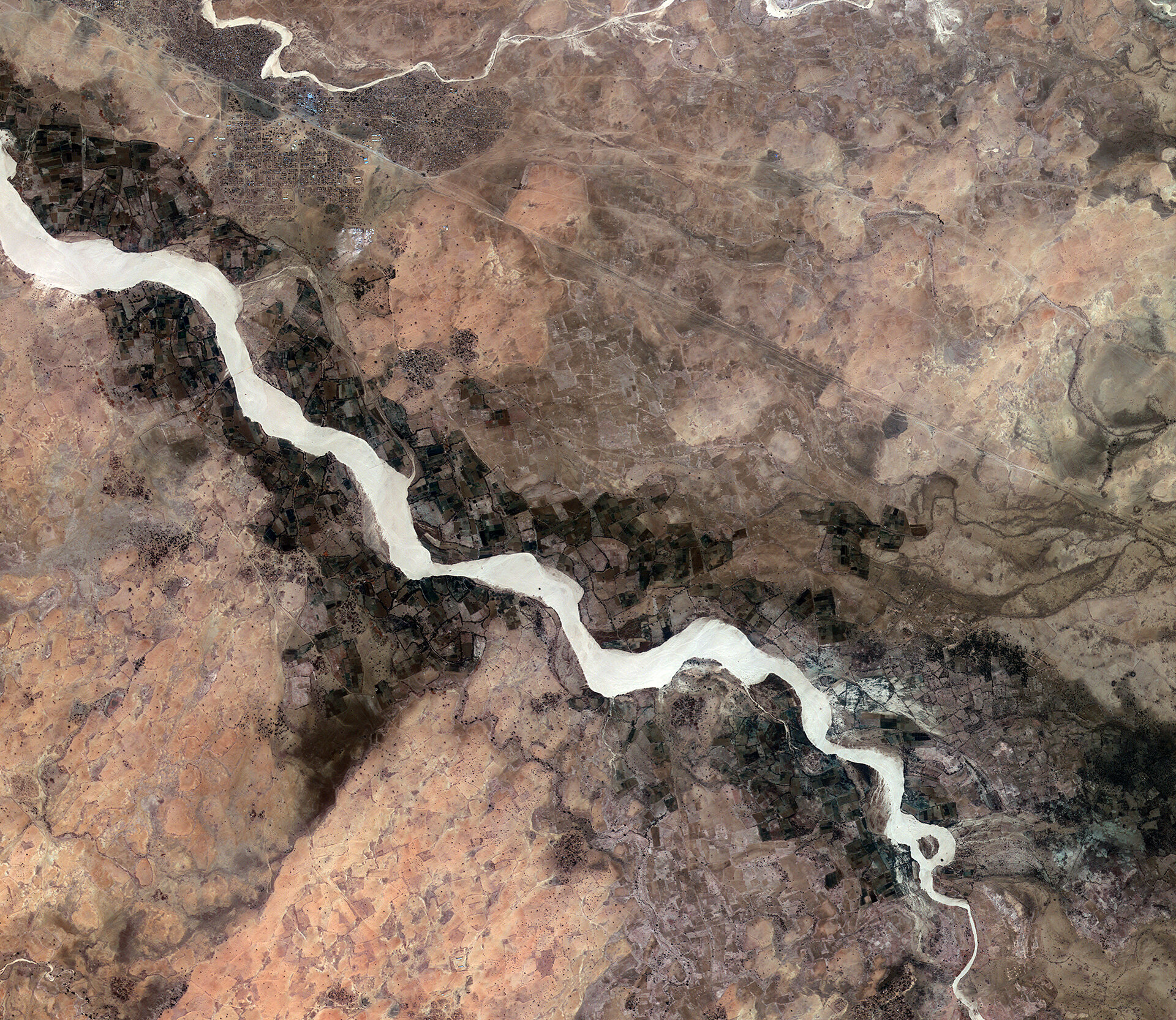 This image from Korea’s Kompsat-2 satellite on 8 February 2013 shows an area in the southern Darfur region of Sudan, just south of the city of Nyala.

The Wadi Nyala flows diagonally across the image, surrounded by agricultural plots. To the north, we can see the straight line of the railway.

The city of Nyala to the northwest (not pictured) was formerly a nomadic camp, but experienced a boom in commercial activity with the arrival of the railway in the 1950s.

The population further increased as people moved to the town during times of drought and conflict.

Satellite images can assist in identifying water resources and aid the sustainable growth of urban areas. During conflict, they can also be used to find suitable locations for refugee camps by identifying where water and other resources are available, and suitable terrain.

In the upper-left section we can see thousands of small structures of the Kalma camp, housing tens of thousands of internally displaced people who have fled the Darfur conflict.

As the war in Darfur continues, so do the hardships in the camp. Kalma saw a recent outbreak in hepatitis, claiming an estimated 150 lives and infecting another 500 people. Last month, violence broke out between security forces and camp residents protesting raids by government forces. A number of protesters were killed in the skirmish.