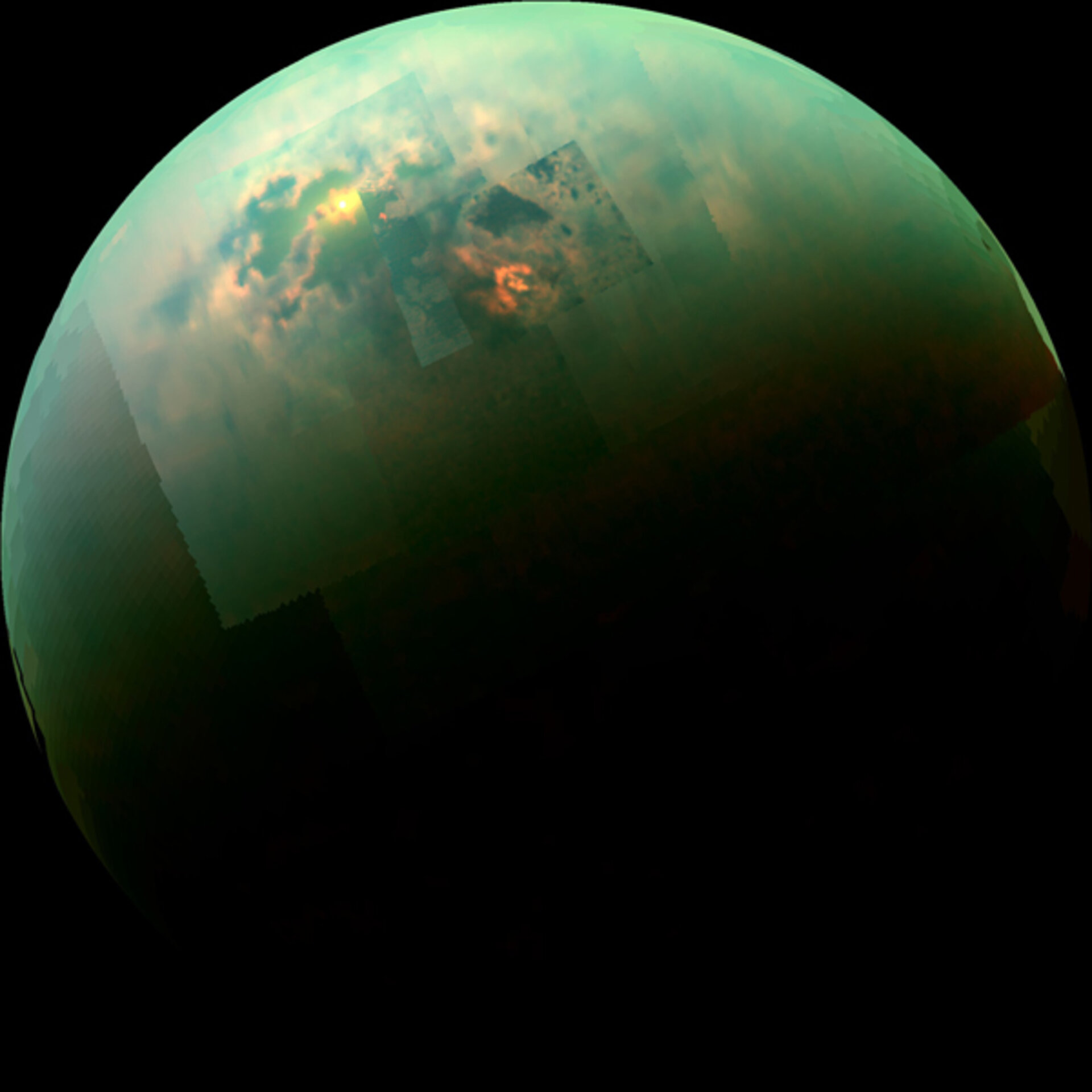 In the past, Cassini had captured, separately, views of the polar seas and the sun glinting off them, but this is the first time both have been seen together in the same view.

Titan's seas are mostly liquid methane and ethane. Before Cassini's arrival at Saturn, scientists suspected that Titan might have bodies of open liquid on its surface. Cassini found only great fields of sand dunes near the equator and lower latitudes, but located lakes and seas near the poles, particularly in the north.

The new view shows Titan in infrared light. It was obtained by Cassini's Visible and Infrared Mapping Spectrometer (VIMS) on 21 August.

The Cassini-Huygens mission is a cooperative project of NASA, ESA and the Italian Space Agency ASI. JPL, a division of the California Institute of Technology, Pasadena, manages the mission for NASA's Science Mission Directorate in Washington. The VIMS team is based at the University of Arizona in Tucson.