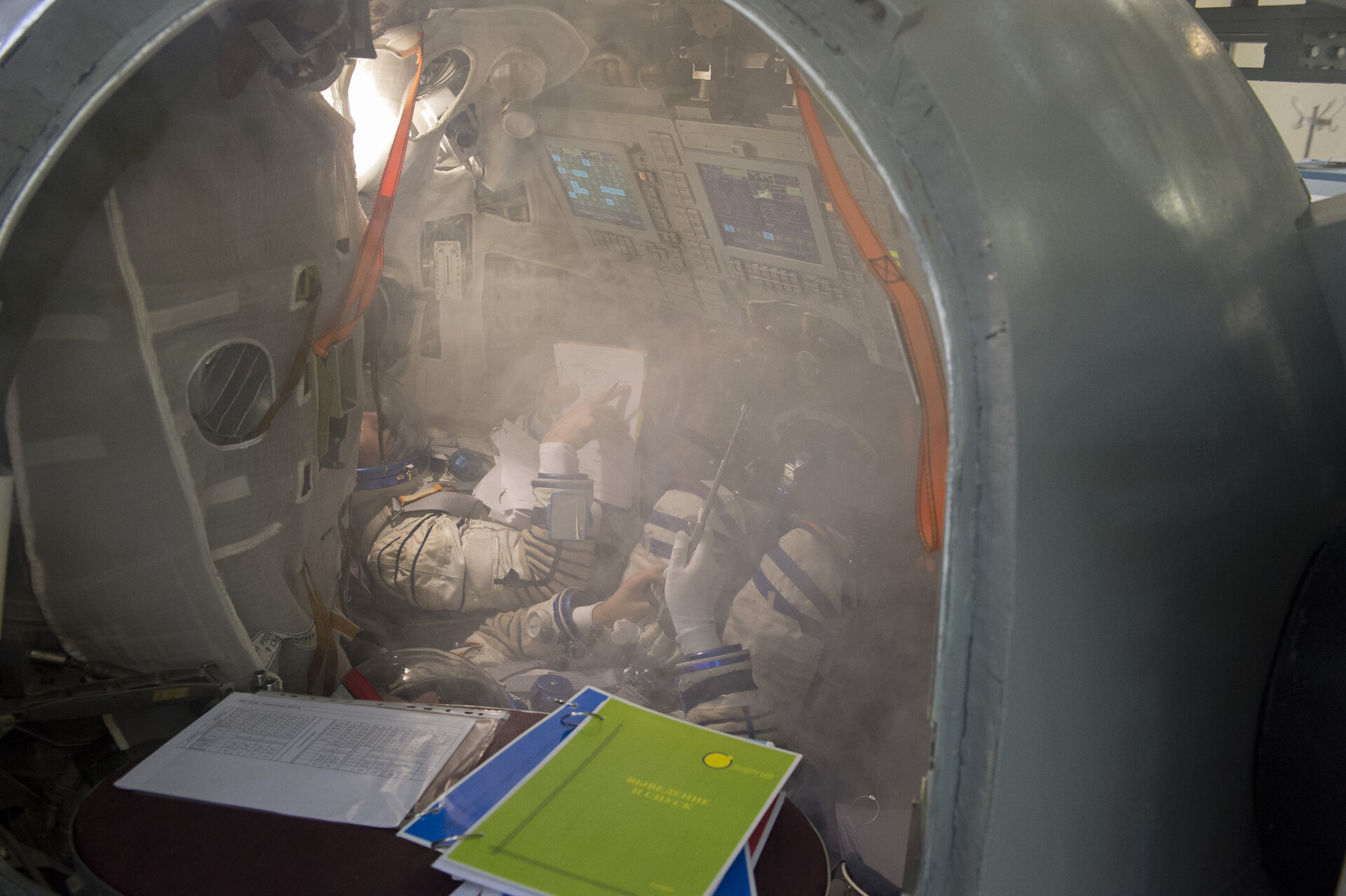 Thomas during training in the Soyuz TMA simulator

ESA's French astronaut Thomas Pesquet during a simulation inside the full-scale mockup of the Soyuz capsule, at the Gagarin Cosmonaut Training Centre, in Russia, on 16 October 2014.

Thomas Pesquet has been assigned to be launched on a Soyuz spacecraft from Baikonur Cosmodrome in Kazakhstan in 2016 for a long-duration mission to the International Space Station.