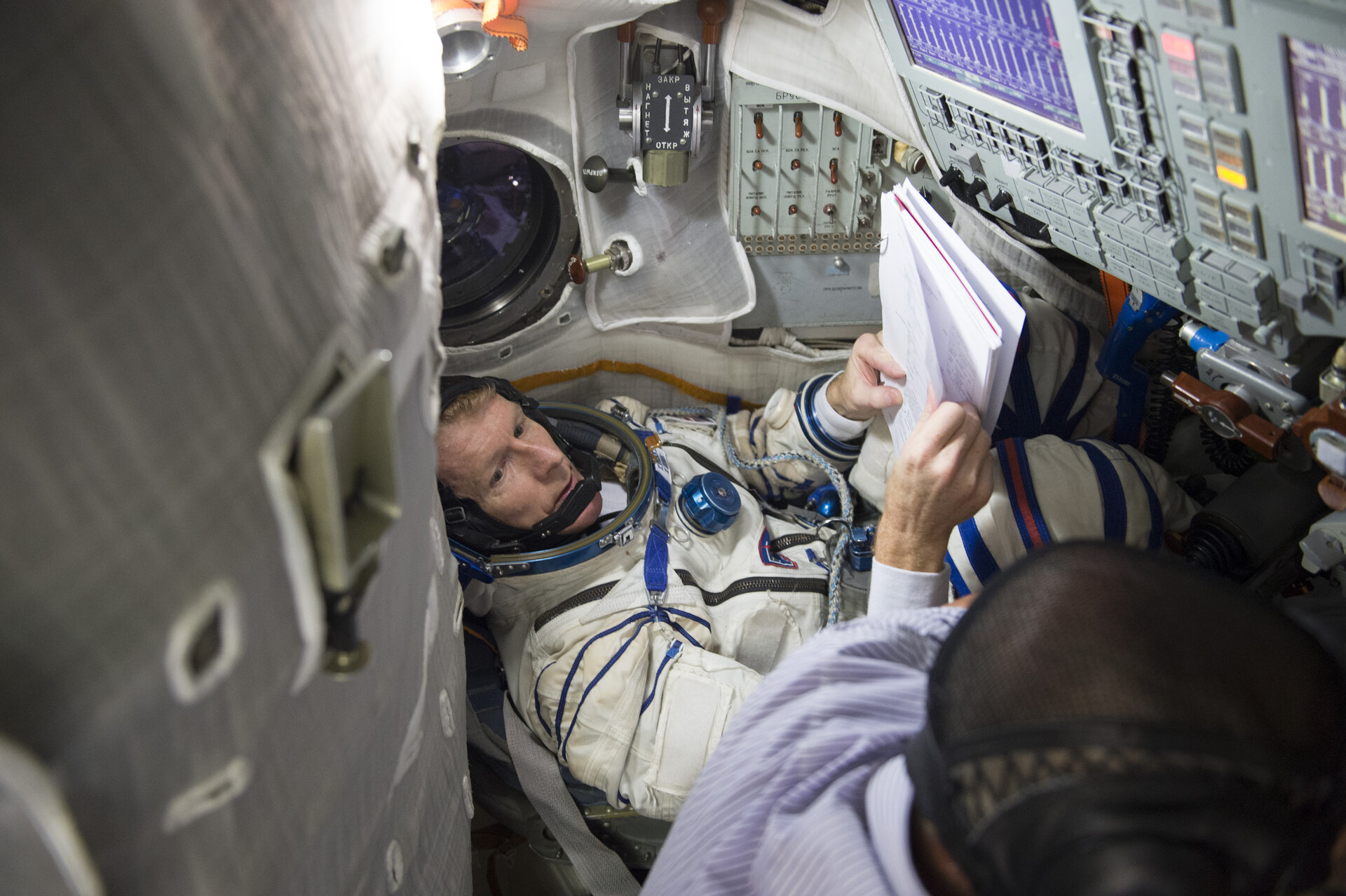 Timothy during training in the Soyuz TMA simulator

ESA astronaut Timothy Peake during training inside the full-scale mockup of the Soyuz capsule, at the Gagarin Cosmonaut Training Centre, in Russia, on 15 October 2014.