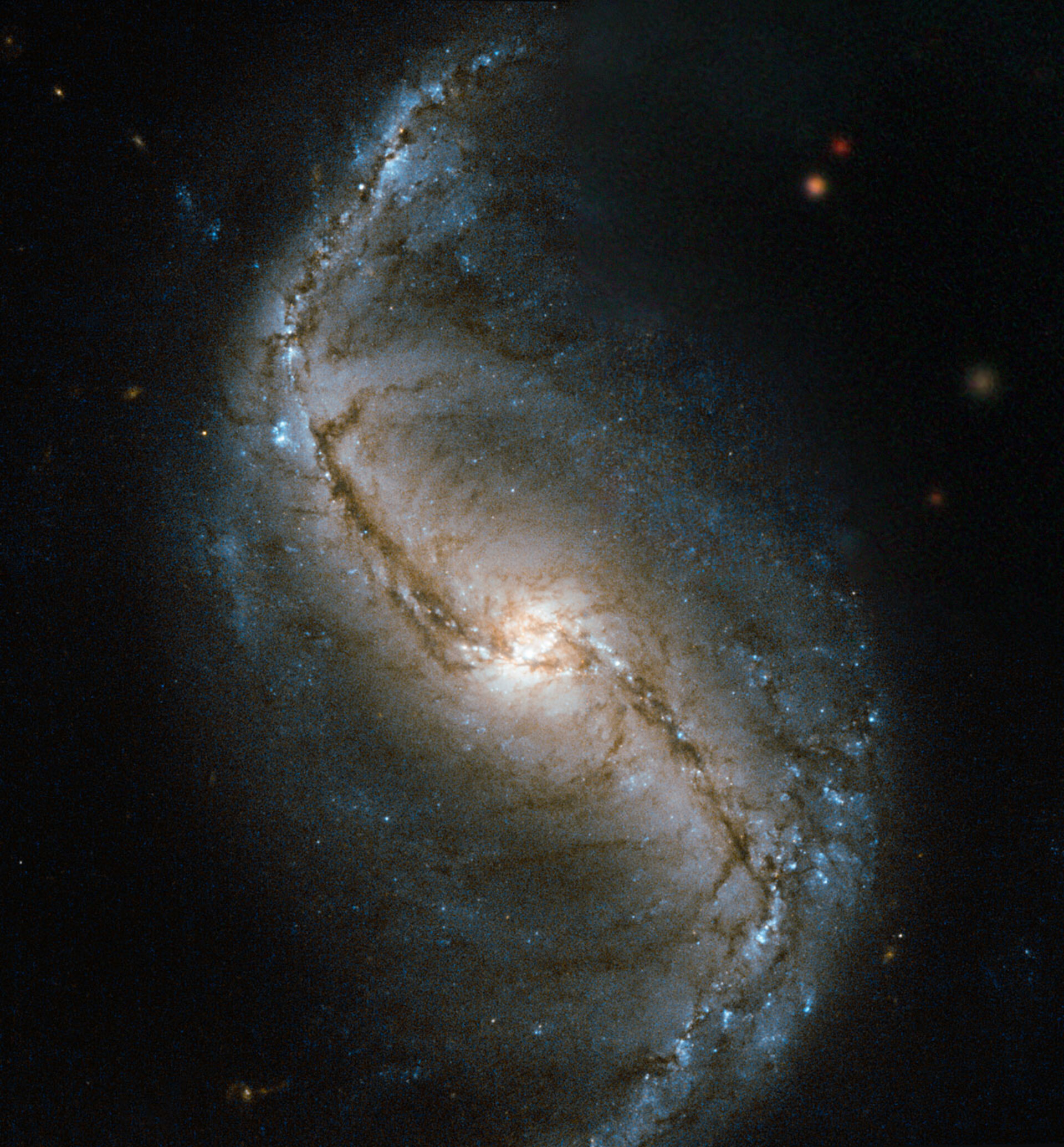 A spiral in a furnace

This new Hubble image is a snapshot of NGC 986 — a barred spiral galaxy discovered in 1828 by James Dunlop. This close-up view of the galaxy was captured by Hubble’s Wide Field and Planetary Camera 2 (WFPC2).

NGC 986 is found in the constellation of Fornax (The Furnace), located in the southern sky. NGC 986 is a bright, 11th-magnitude galaxy sitting around 56 million light-years away, and its golden centre and barred swirling arms are clearly visible in this image.

To the top right of this image the stars appear a little fuzzy. This is because a gap in the Hubble data was filled in with data from ground-based telescopes. Although the view we see in this filled in patch is accurate, the resolution of the stars is no match for Hubble’s clear depiction of the spiral galaxy.