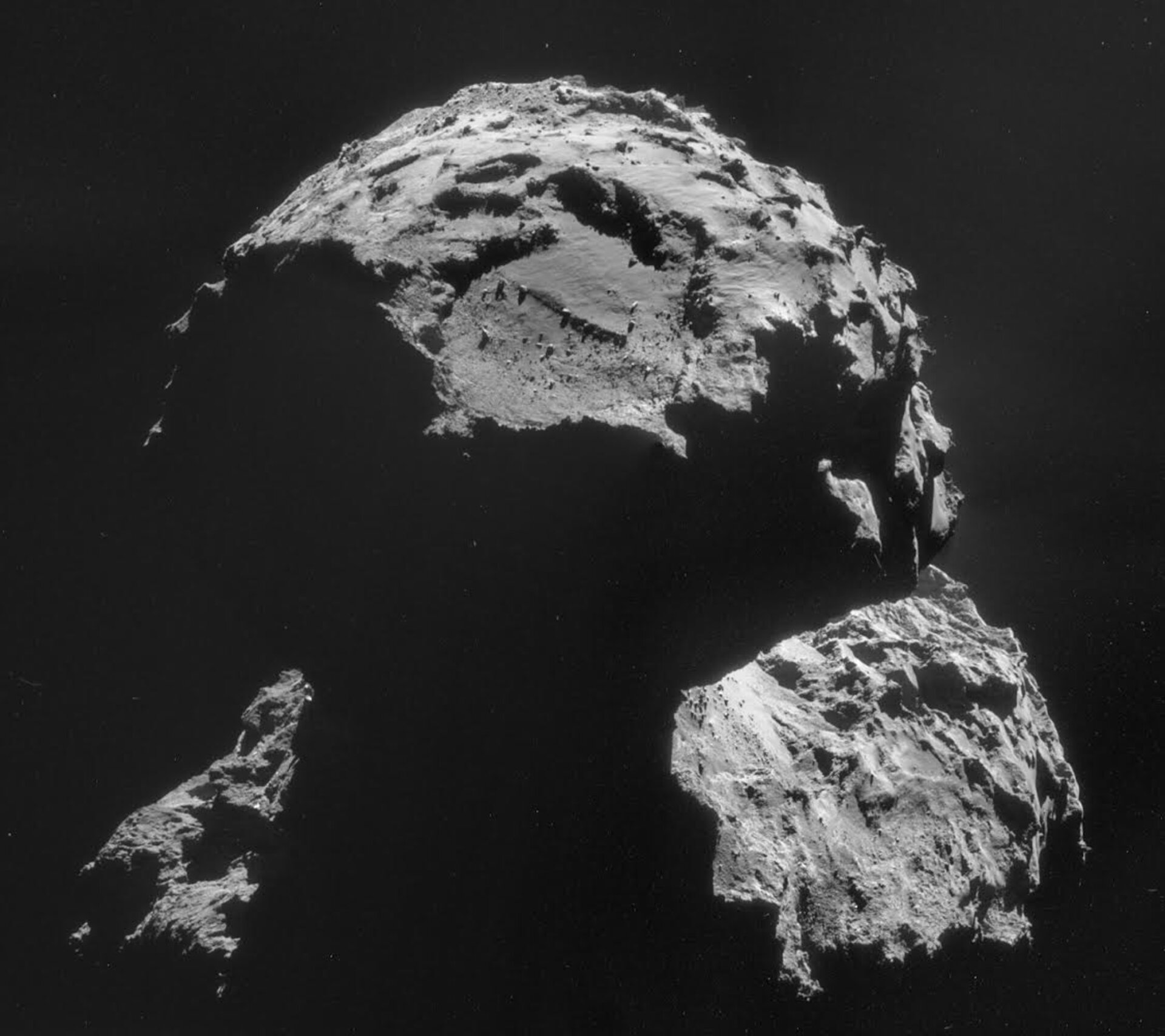 The Agilkia landing site is seen on this image of Comet 67P/Churyumov–Gerasimenko, taken with Rosetta’s navigation camera on 6 November, just days before its lander Philae makes its historic descent to the surface.

The image presented here is a mosaic of four individual NavCam frames, captured from a distance of 30.5 km from the comet centre on 6 November while Rosetta was en route to the separation trajectory from which it will deploy Philae on 12 November. At this distance, the image scale is 2.6 m/pixel, and the mosaic measures 3.7 x 3.3 km.

The landing site, covering about one square kilometre, is located close to the top of this image, above the easily recognisable, boulder-filled depression that characterises the smaller of the comet’s two lobes. Although it may not seem like it from this image, Agilkia – previously known as Site J – presented the least hazardous terrain of all the landing sites considered during the selection process.

Much of the surface of the comet is covered in boulders – some larger than houses – as well as steep slopes, deep pits and towering cliffs. In the lower part of this image, the narrowness of the neck region connecting the two lobes is emphasised, with the rugged terrain of the larger lobe in the background.

On 12 November, Rosetta will release Philae from an altitude of 22.5 km from the comet centre at 08:35 GMT/09:35 CET, with signals confirming deployment arriving at Earth 28 minutes later.

Philae will take about seven hours to descend to the surface, with the signal confirming a successful touchdown expected to arrive on Earth in a one-hour window centred on 16:02 GMT/17:02 CET.

The four individual images making up this mosaic are available via the blog.