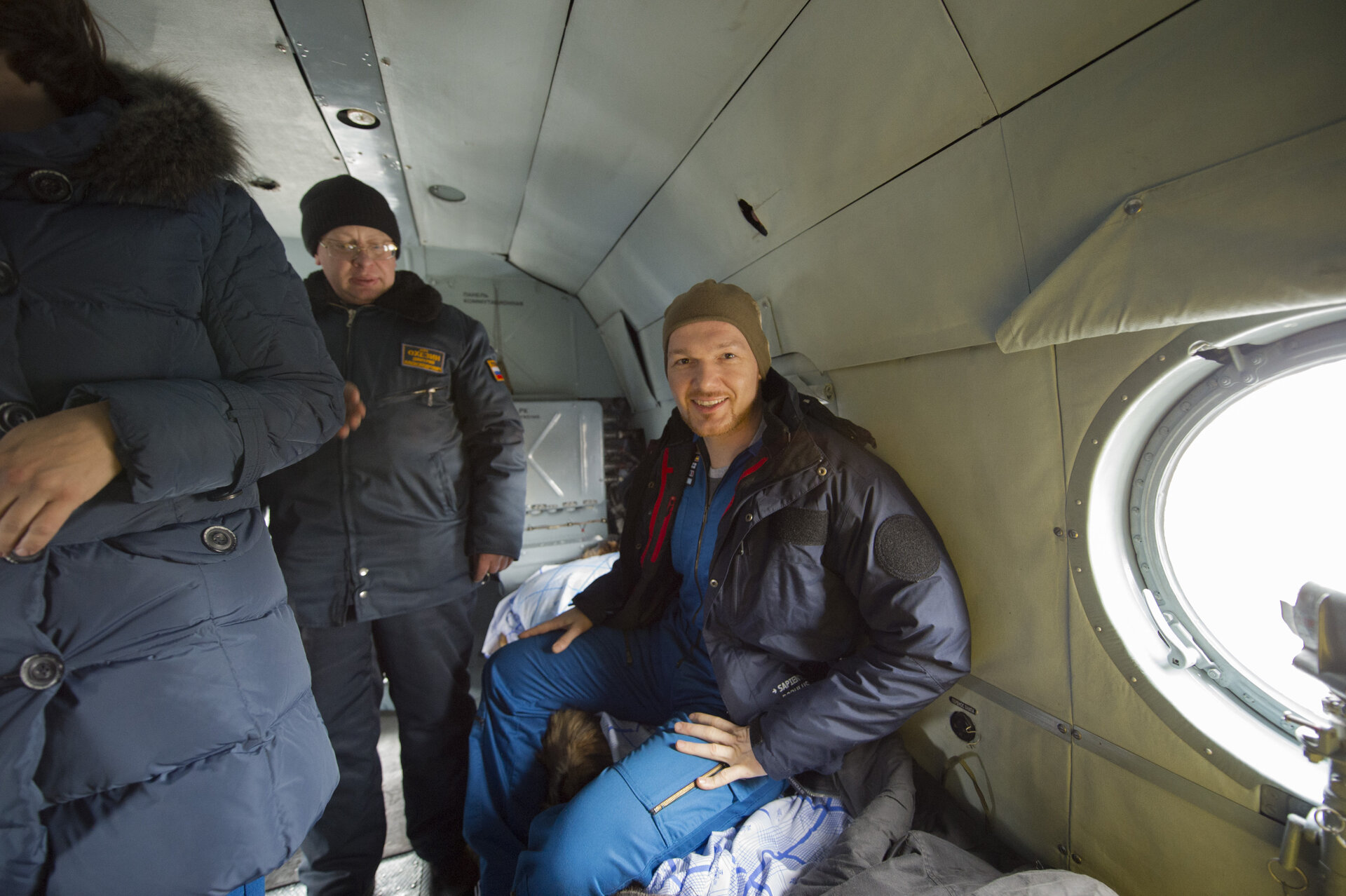 Alexander Gerst in the helicopter for Kustanai

ESA astronaut Alexander Gerst going to the Kazakh town of Kustanai for a traditional welcome ceremony.

After 165 days in zero gravity, Alexander Gerst, landed on Earth, in the Kazakh steppe, with Russian commander Maxim Suraev and NASA astronaut Reid Wiseman, on 10 November 2014.