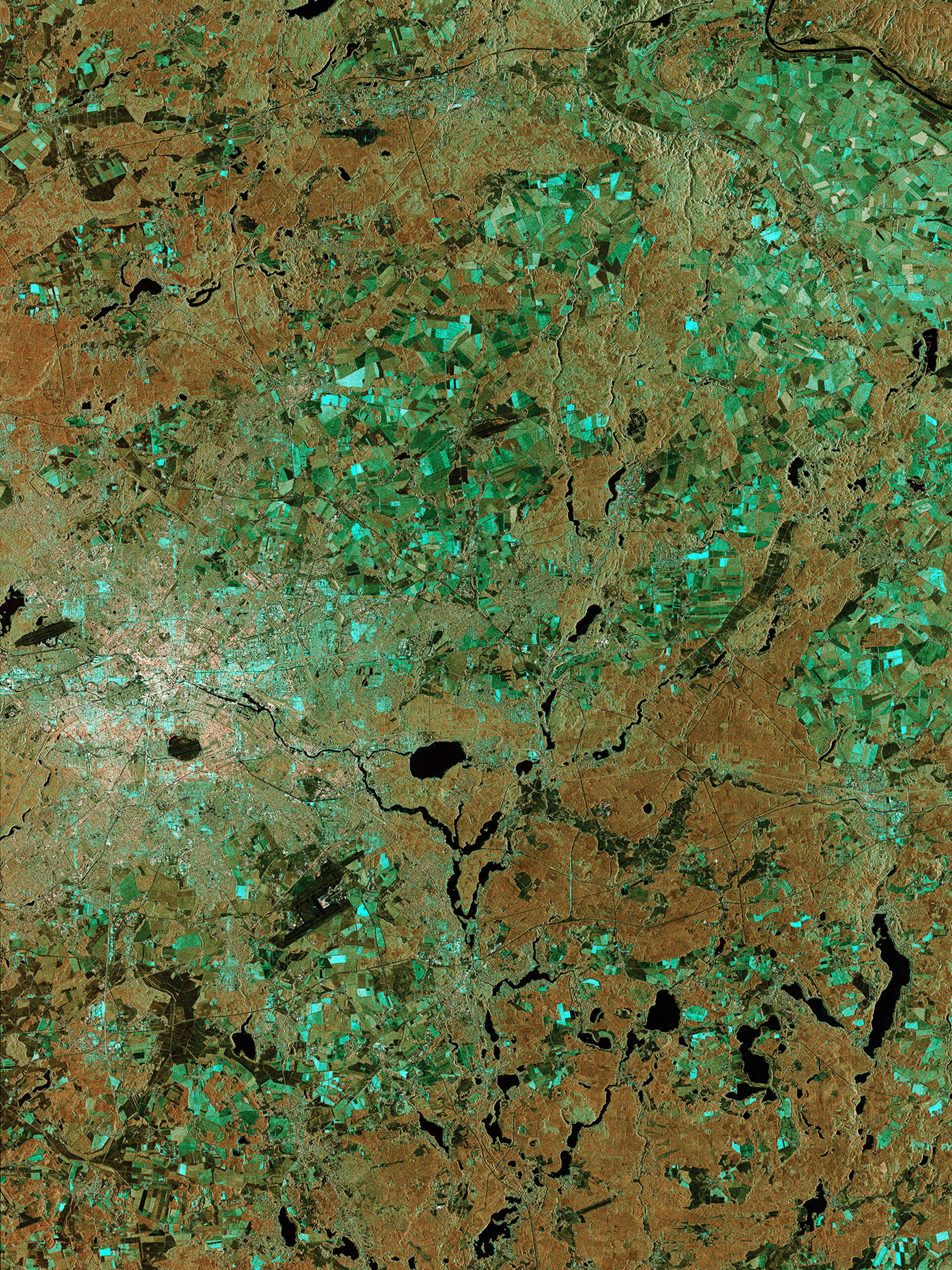 Berlin from Sentinel-1A via laser

This image of Berlin, Germany, captured by Sentinel-1A is one of the first images delivered via the precursor European Data Relay System (EDRS) carried on Alphasat, which is in geostationary orbit 36 000 km above Earth. The image is a result of the two satellites using their optical communications instruments to transfer data via laser for fast delivery. Alphasat’s ‘technology demonstration payload’ shows how the EDRS space data highway will make large volumes of data from satellites in low orbit available almost instantly. Sentinel-1A transmits data to Earth routinely when passing over ground stations in Norway, Italy and Spain.

Complementing the Sentinel ground-station network, EDRS connects with the satellite and collects data via laser and then transmits the data in near-real time to the ground – essential for applications such as maritime safety and for helping respond to disasters such as floods.