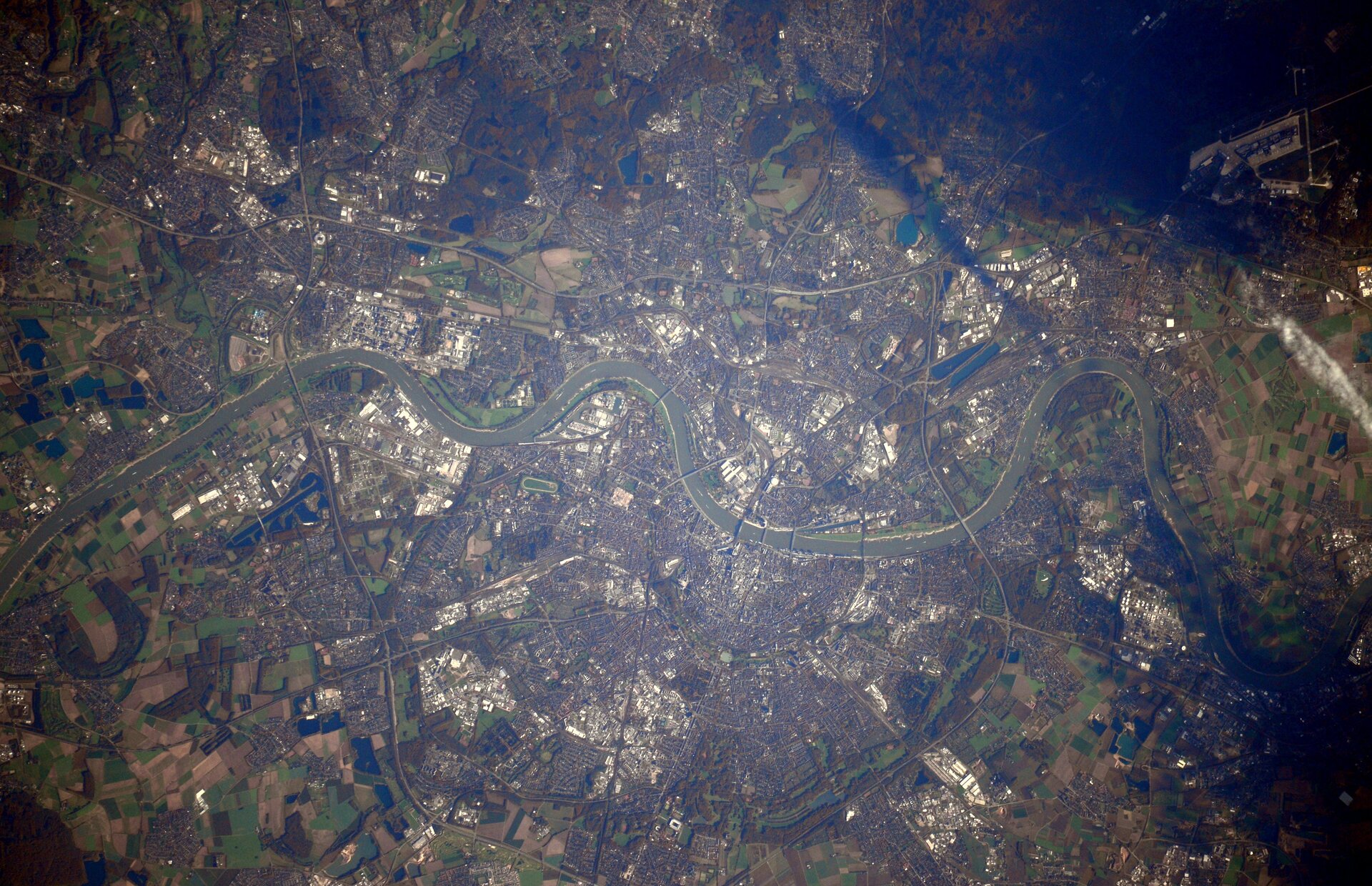 ESA astronaut Alexander Gerst took this image of Cologne in Germany at the end of his six-month Blue Dot mission on the International Space Station.

The airport of Cologne-Bonn is visible at top right; below it is ESA’s European Astronaut Centre. Alexander will be the first astronaut to return to Europe directly from the landing site: after his landing on the steppes of Kazakhstan, he will fly to Cologne airport via a stopover in Scotland.

Alexander’s rehabilitation will be handled by an ESA team of doctors and physiotherapists at the German Aerospace Center’s state-of-the-art “:envihab” facility, next door to ESA’s astronaut centre.

Alexander Tweeted this image a week before his departure from the Space Station with the text: “In one week’s time, If everything goes to plan, I will be exactly HERE.”