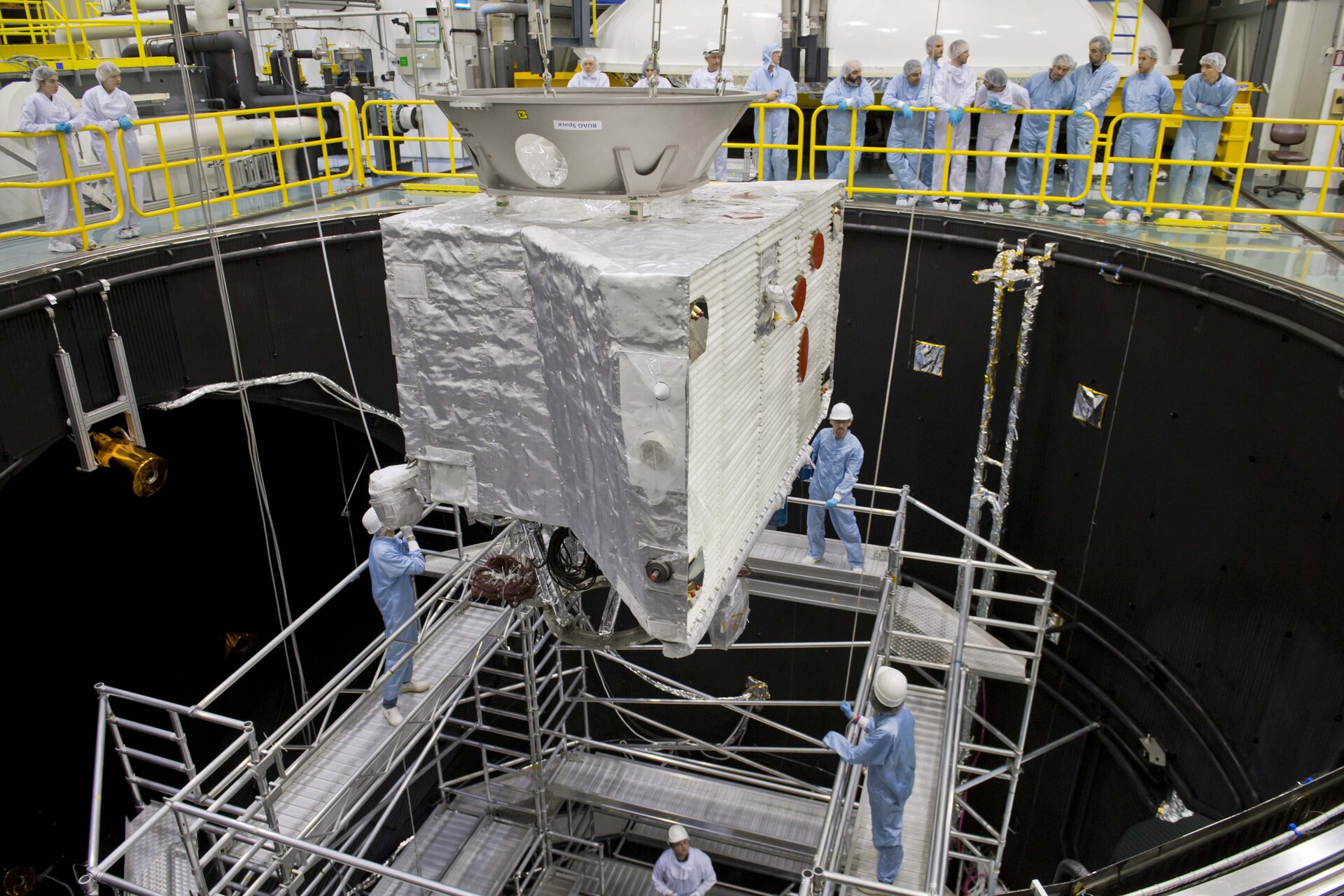 On 30 October, the Mercury Planetary Orbiter, one of the two spacecraft of ESA’s BepiColombo mission, was installed in the Large Space Simulator at the ESTEC technical centre in Noordwijk, the Netherlands.

BepiColombo, Europe’s first mission to study Mercury, is a joint mission with Japan. Two spacecraft – the Mercury Planetary Orbiter and the Mercury Magnetospheric Orbiter – will fly in two different orbits around the planet to study it from complementary perspectives.

With launch planned for 2016, the scientists and engineers are busy checking the spacecraft. They are testing the internal connections, the operation of the instruments and spacecraft units, and the communication links between spacecraft and instruments under conditions that simulate what the mission will experience while in cruise as well as in orbit around Mercury.

This campaign includes a thermal–vacuum test in the space simulator. BepiColombo will be ESA’s first craft to operate so close to the Sun, enduring temperatures in excess of 350°C. This meant the chamber had to be updated to simulate the solar radiation at Mercury, which is about ten times higher than on Earth.

The tests are scheduled to start on 19 November and will last until early December.

Set to arrive at Mercury in 2024, BepiColombo will investigate properties of the innermost planet of our Solar System that are still mysterious, such as its high density, the fact that it is the only planet with a magnetic field similar to Earth’s, the much higher than expected amount of volatile elements detected by NASA’s Messenger probe and the nature of water ice that may exists in the permanently shadowed areas at the poles.