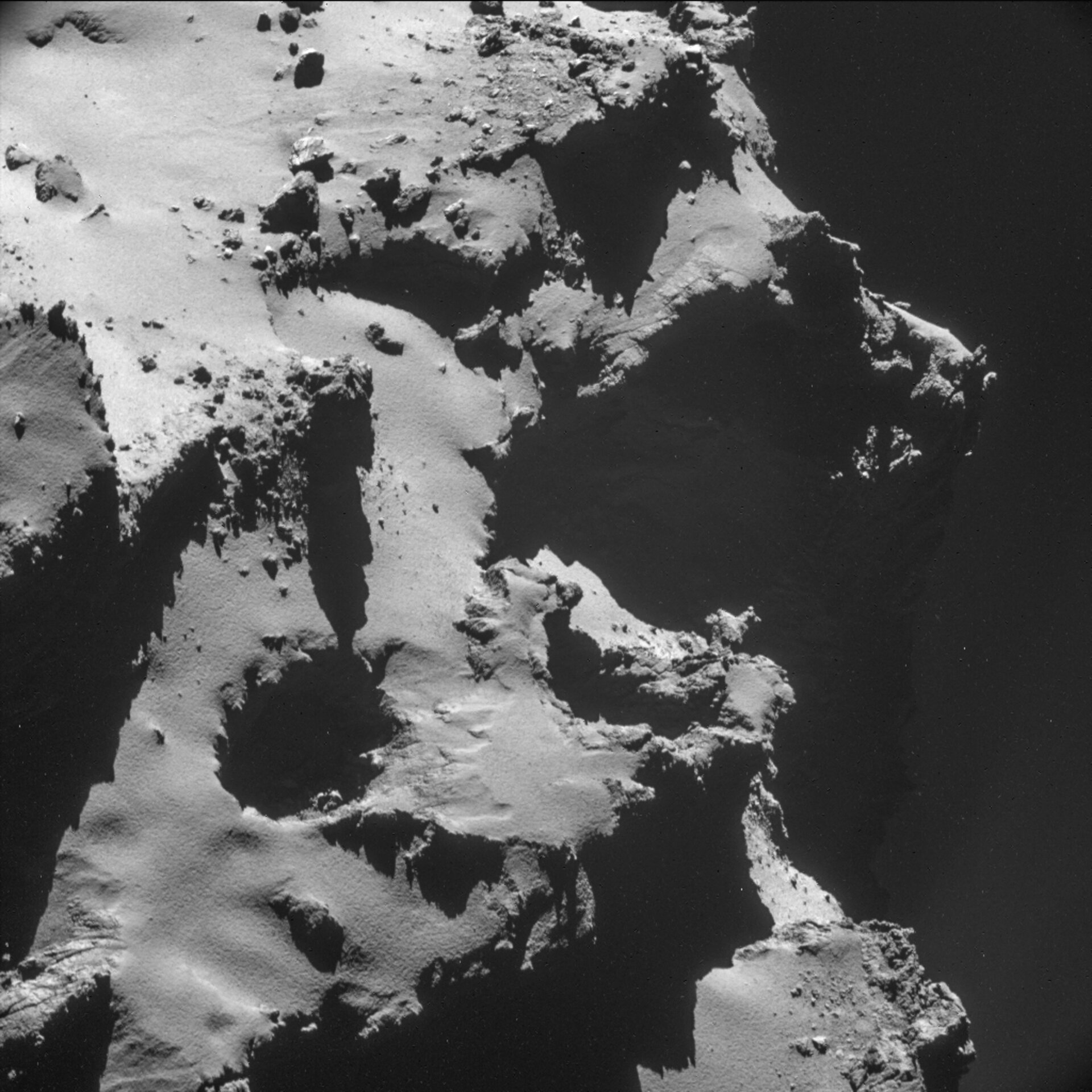 This image showcases one of the many pits seen on the surface of 67P/Churyumov–Gerasimenko. Pits like these are thought to be where gas vents into space from the porous subsurface, carrying with it dusty grains of comet material. Scientists are keen to learn the role of this pit – and others – in the development of the comet’s activity, as it gets ever closer to the Sun.