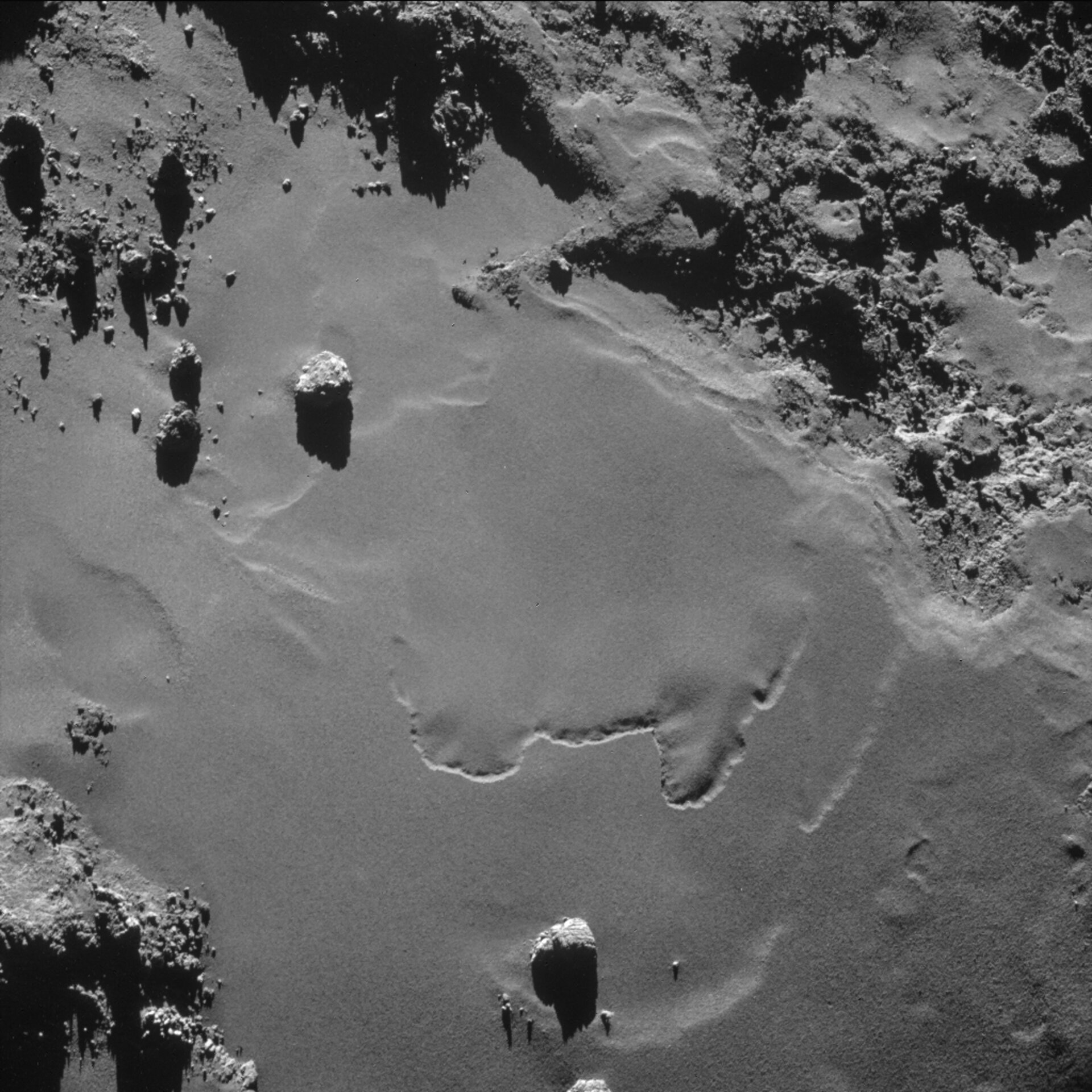 This scene features the boulder named Cheops, the largest and brightest boulder towards the top left of the image. It measures about 45 m across and 25 m high. Cheops and the surrounding cluster of boulders reminded scientists of the famous pyramids at Giza near Cairo in Egypt, and so it was named for the largest of those pyramids, the Great Pyramid, which was built as a tomb for the pharaoh Cheops around 2550 BC.

Another large boulder lies towards the bottom of this frame and is surrounded by many smaller boulders that seem to be appearing from beneath the smooth, dusty material that dominates this scene. The smooth region extends to the top right of this frame, where rougher terrain appears to be exposed beneath it.