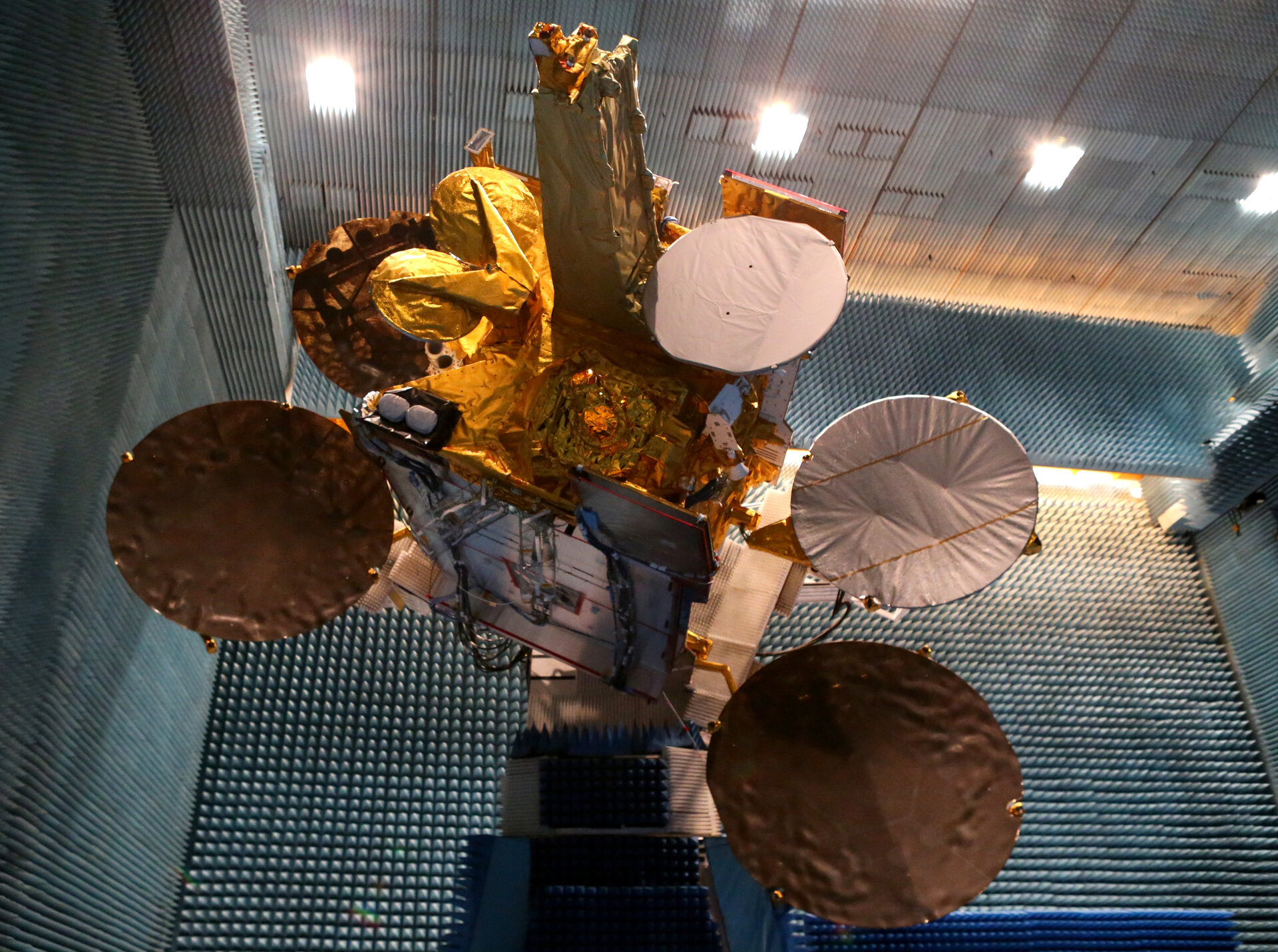 The gold standard for EDRS

The Eutelsat-9B satellite with its EDRS-A payload is shown in the anechoic test chamber of Airbus Defence and Space in Toulouse, France. It completed its final antenna pattern tests today.

EDRS-A is a hosted package as the first of two nodes of the European Data Relay System set to be launched next year.

Also known as Europe’s SpaceDataHighway, EDRS will use cutting-edge laser technology to capture and relay information gathered by Earth-observing satellites. By travelling via EDRS’s high-speed links and stationary position over Europe, the satellites’ data reach the ground in near-real time.

While EDRS-A’s Laser Communication Terminal is being checked for flight, the terminals on Copernicus’ Sentinel-1A and Alphasat telecom satellite are already fully operational in space, ready to demonstrate their ground-breaking capabilities for multi-gigabit optical communications in space.

On Friday, 28 November the first Earth observation image gathered by Sentinel-1A and relayed to a ground station at the DLR German Aerospace Center in Oberpfaffenhofen, Germany, via Alphasat will be presented at an event at ESA’s European Space Operations Centre in Darmstadt, Germany.