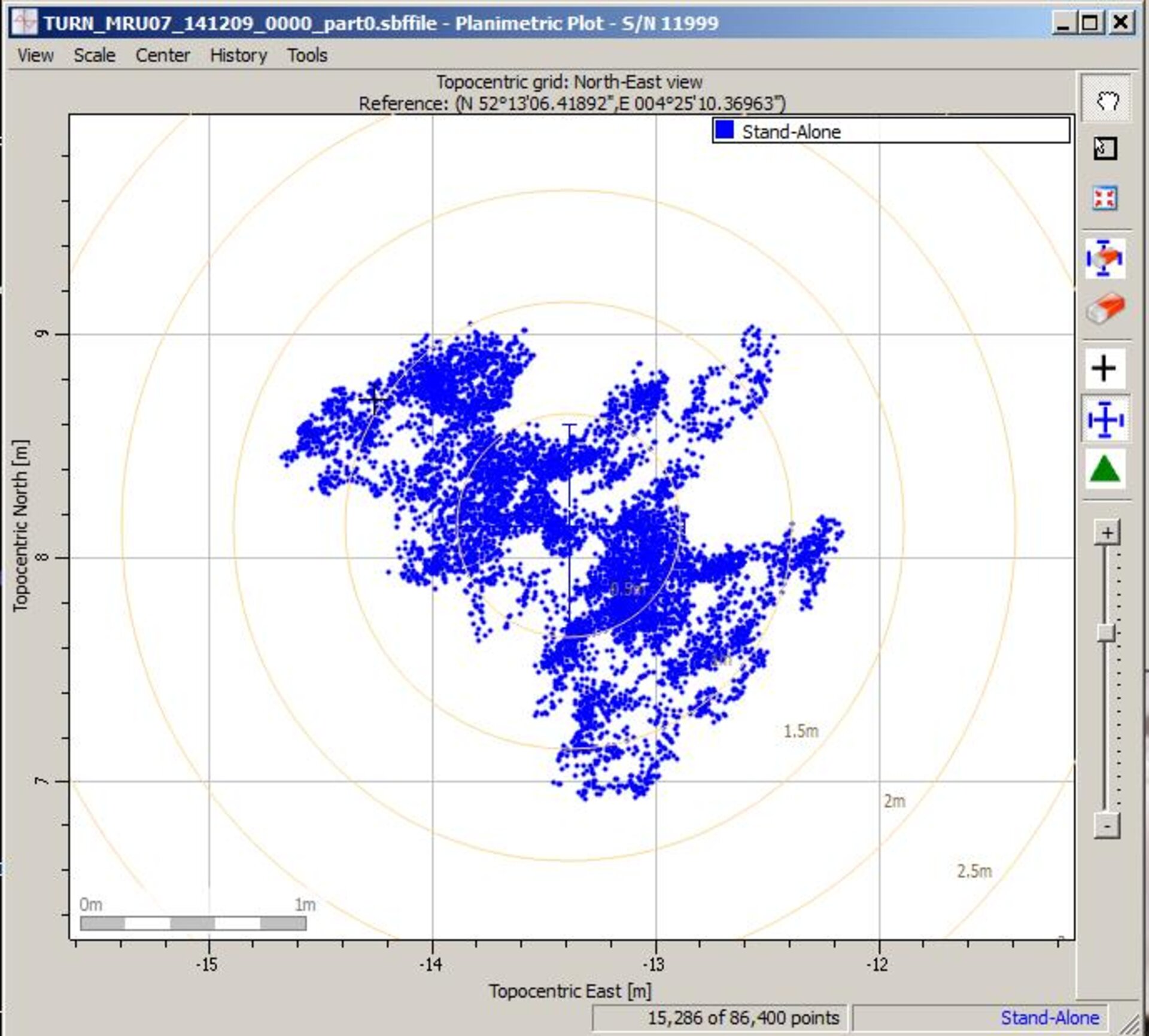 Scatter plot of the Galileo fix performed in ESA's Navigation Laboratory at its ESTEC technical centre on 9 December 2014. This was the first fix to utilise a new Galileo 'Full Operational Capability' satellite alongside 'In Orbit Validation' satellites, showing they work well together. The FOC satellite concerned was launched back in August into the wrong orbit, but has since had its orbit modified for navigation purposes. The scatter plot was calculated by the Lab's Septentrio Test User Receiver, with dispersion of less than 2 m.